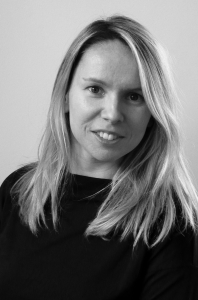 Prior to joining See-Saw Films as UK Head of Production in 2014, Amy acquired extensive production experience working across a significant number of film and television projects including: Michael Winterbottom’s 2007 feature A MIGHTY HEART starring Angelina Jolie and Dan Futterman; the 2009 film AN EDUCATION directed by Lone Scherfig; Roman Polanski’s thriller, THE GHOST WRITER with Ewan McGregor and Pierce Brosnan; the highly acclaimed British television comedy series THE TRIP; THE LOOK OF LOVE directed by Michael Winterbottom and starring Steve Coogan and Anna Friel; and NBC’s award-winning US comedy series PARKS AND RECREATION with Amy Poehler.

The word of mouth in the industry had been repeatedly impressive year on year. I’d heard past participants praise the access the scheme allows, comment on the beneficial connections they had made and the confidence they gained. Coming from an independent production background I have always looked for opportunities to learn more about the inner workings of other aspects of the business. Boasting a holistic view of the entire industry and an all-access structured learning environment, Inside Pictures felt like the perfect place to broaden my knowledge.

The first module here in London was thoughtfully constructed and provided a comprehensive overview of the entire business with an impressive array of speakers covering each area. I certainly left feeling more confident in my own understanding of the financing process, and immediately recognized ways to apply what I’d learned over the week to be more effective in my role at See-Saw.

As a company See-Saw has been going from strength to strength in the last couple of years and doesn’t seem to set a foot wrong. What ingredients does a project need to make the See-Saw cut?

See-Saw has always been driven by a desire to tell compelling stories about our world that acknowledge all aspects of our society. See-Saw is drawn to stories with captivating narratives and characters, especially those that will appeal to exciting directors, and in turn lay the groundwork for those directors to attract the best acting talent.

As Head of Production you are also working on See-Saw’s TV productions. What are the main differences between working on a feature film and a TV series?

Broadly speaking the two mediums are converging more and more, as the model of majority financing coming from a single domestic broadcaster begins to give way to a more filmic model of more multi-party co-financing arrangements.

However, ‘subject to broadcaster approval’ still holds sway editorially in a way that no film director or producer would countenance. Commissioning broadcasters in television are inclined to have more involvement in the day-to-day creative editorial decisions on a production, while film producers in the independent sector maintain a far greater level of control and freedom over the creative aspects of their projects.

On the financial side, the basic economic prospects of television make it a more tangible business proposition for a production company. A television producer will raise the majority of the production budget from an initial commission from a broadcaster, after the application of soft monies there is often only a small deficit that needs to be financed and this is usually funded by way of sales advances. Meaning the producer is able to retain the majority of the value of all future sales.

The rewards are, in the whole, therefore bigger for television producers when compared to film producers – when comparing relatively successful films and relatively successful TV shows. However, a lot of television has limited international sales viability and it seems that a break out film that does really well around the world can result in a bigger financial scoop for a producer.

We’ve just had the premiere of Garth Davis’s debut feature LION at TIFF and are looking forward to bringing the film to the London Film Festival in October.

We are also in pre-production with Garth’s second feature, MARY MAGDALENE which shoots in Italy this autumn and stars Rooney Mara in the lead role. We’re currently in talks with Joaquin Phoenix to play ‘Jesus’, Chiwetel Ejiofor to take on the role of ‘Peter’, and Tahar Rahim to join as ‘Judas’. It’s an incredible project, and one that I’m particularly excited about.

This autumn we will complete on our first collaboration with John Cameron Mitchell HOW TO TALK TO GIRLS AT PARTIES starring Elle Fanning and Nicole Kidman. The film has been written by Philippa Goslett and John Cameron Mitchell, and was adapted from a short story of the same name by the brilliant Neil Gaiman.