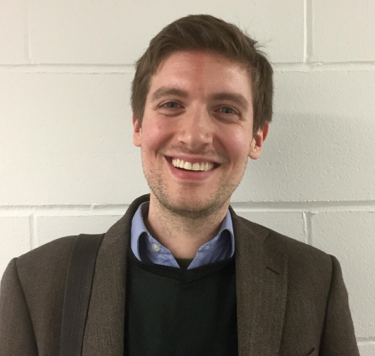 Andrew Nerger is Head of Sales for one of Europe’s largest film and TV aggregators, The Movie Partnership (TMP). Having had experience working at a VOD platform, independent distributor and aggregator, he is able to judge a title from multiple perspectives and tackle that ever-present question: ‘What makes a title a hit in the marketplace?’

He has over 10 years experience, starting at FilmFlex a cable VOD service owned by Sony and Disney, where he developed his skills across multiple roles, specialising in the analysis of VOD performance trends. He then​ became the TV and New Media Manager for Metrodome Distribution. There, he oversaw the sales and digital release strategy of successes such as THE INNKEEPERS, RABBIT HOLE and A ROYAL AFFAIR.

Currently Andrew is the Head of Sales for TMP where he works directly with all of the major broadcasters and digital platforms such as iTunes, BSkyB, Netflix and Amazon. TMP’s output can be sold on a worldwide basis and each project comes from a variety of sources, from distributors, sales agents and producers, showing Andrew’s substantial understanding of the origins of a project as well as the lifespan each one has to take. Whoever the client – be it a producer with one film, or a sales agent with a catalogue – Andrew advises on the distribution strategy, ensuring that together they find the best method in achieving a successful release in such a rapidly changing digital climate.

Most recent TMP successes on digital/TV include the BAFTA nominated THE SURVIVALIST, the Academy Award nominated THE LOBSTER and the HBO/Sky Atlantic co-production THE YOUNG POPE.

I had heard about Inside Pictures from a number of colleagues and friends who were former alumni and speakers. All of them had nothing but positive things to say about the experience and so I decided to apply. I’m glad I did! Thus far I’m loving it… we’ve just finished Module 1 and the sheer depth covered and insight from the speakers has been fantastic. Module 2 in LA promises to be something particularly special…

2. Working in Sales, you are at the forefront of recognising new audiences. In your opinion, what impact has the development of platforms such as Netflix and Amazon Studios had on the industry?

The rise of subscription services has been a mixed blessing. On the one hand, it is great that these platforms are heavily investing in indie movies, but on the other hand if they aren’t interested in purchasing, your film can struggle to find an audience as TV channels are buying fewer films from independents.

In addition, the increase in use for these SVOD services has also meant that demand for DVD and VOD rental services has dipped considerably during the last few years, so selling your titles to an SVOD service becomes even more imperative to turn a profit.

As these SVOD platforms evolve, they also are creating more original programming, which means they could at some point decide that they don’t need to acquire any more independent titles. It’s great for production companies who are getting a lot more business from these players, but for the UK independent distribution sector, it’s been challenging.

3. Can you tell us about a particularly challenging situation you’ve encountered in your career and how you solved it?

Working in partnership with producers who are heavily invested in a project, you work very closely and share directly in their frustrations. As the main sales outlet for a film, tempers can occasionally flare when the broadcasters take their time to feedback on a film’s suitability for their audience. Occasionally a broadcaster will turn down a film after many months of deliberation and you will be the one delivering the bad news.

On one particular instance, the producer of a film was insisting that a considerable sale was a certainty with a broadcaster given that they had conversations with this buyer months previously (before we started working on the project). In the end, I had to deliver the bad news that their requirements had changed and they wouldn’t be proceeding with the film. They were dependent on this sale to turn a profit and without it, it was going to be nigh on impossible. After a considerable amount of shouting, I had to play first the peacemaker and insist that we find another sales route for the film. After a few months of discussions, I am happy to say we were able to find two smaller broadcasters who were both able to find space for the film in their schedules on a non-exclusive basis. This was initially for a much lower license fee, but the film has proved to be so successful for each of them that it has now been re-licensed multiple times and has officially made more revenue than it would have made from that original broadcaster who would have had it for a much longer term.

The nature of TMP’s business as an all rights aggregator means that we work with a large quantity of partners – distribution companies, sales agents and producers directly. As a result, I’m able to work across a huge variety of film and TV, some big and some small. At the moment I am most excited to be working on TMP’s first directly distributed film – a horror comedy directed by the great Jason Flemyng called EAT LOCALS, Michael Winterbottom’s latest, ON THE ROAD and later this year, the acclaimed sci-fi drama MARJORIE PRIME with Jon Hamm and Geena Davis.