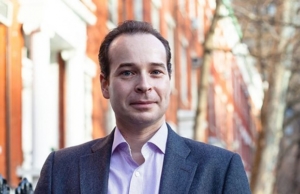 Jonathan Halperyn is the founder of Hero Squared Productions in Budapest, Hungary. Hero Squared offers production servicing solutions across the CEE region and beyond, as well as development and production of its own original film and TV content.

Recently, as an in-house producer with Korda Studios, he helped attach financing, sales, distribution, and cast elements to projects by utilizing his network of some of the industry’s most well-known banks, sales agents, private equity, and agency partners. He further helped international projects right size their budgets via the cost savings and incentives in the region.

Previously, as Managing Director of Focus Features International, he oversaw all aspects of the FFI business, including finance, financial planning, strategy, and distribution of the FFI library of Focus produced and third-party films. In prior years, his focus was on individual film modeling, analysis, and P&L’s, as well as interfacing with international producers and distributors.

Throughout 12 years with Focus Features, and 15 years in media and entertainment, he has worked on films such as LOST IN TRANSLATION, ETERNAL SUNSHINE OF THE SPOTLESS MIND, and BROKEBACK MOUNTAIN. He recently served as an Executive Producer on Season 2 of RANSOM.

Jonathan holds an MBA from NYU’s Stern School of Business.

A colleague mentioned the program to me, and I then spoke to some previous participants who all sang the praises of Inside Pictures. So far, I agree with them wholeheartedly! The organizers have done a fantastic job assembling a marvellous group of industry professionals, and all around great people. It’s not only a privilege to be included with them, but I hope to work and maintain friendships (and sing karaoke) with many of them in the coming years.

A few years ago you relocated from USA to Hungary. How does the European film industry compare to the US? What are the differences? Is there something surprising or unexpected you’ve come across?

I could go on and on about this for a while, (and I’m sure to land myself in hot water with the response) but in essence, I feel the European film industry is more predisposed to treat films as art rather than commerce, for both good and ill. The benefits are a greater emphasis on story, script, depth of character, and access to public funds in support of (in this case) the arts. It can yield some wonderful work. Unfortunately, this system creates a reliance on state sponsored funds (governmental gatekeepers) to support filmmakers, and sometimes a sense of entitlement to create art with no audience. There is somewhat less thought given to what happens after the film is made, be it sales/distribution strategies, or simply creating crowd pleasing content that people want to see to begin with. The US can be pretty good at crowd pleasing content! I am most surprised that many European filmmakers struggle to “sell” the concept of their project – a clear log line, comparable films, or a BRIEF treatment.

Leading on from the previous question, one of your USPs is your experience in US financing and the studio system. What can the European learn from the US and the way the industry is run there? Equally what do you appreciate here, which the US should take notice of?

I think I’ve gotten myself into enough trouble with the above. I do feel that the US has more to learn about quality control, not rushing development, and taking chances on unique voices from the EU system.

You’ve just started your own company. How is that experience?

First off, I would say that starting your own business and pursuing a lifelong dream can give you purpose and fire in your belly like few things on Earth. I should have done it a long time ago, but doing it now, with a foundation of knowledge of this business, is working out nicely as well. Hero Squared offers full production service for TV, film, and commercials across much of the CEE region, and we are developing our own content as well. We just shot a Nintendo commercial this week –  our first official job with the new company – and it was such a different experience to walk on to that set as my own boss. I don’t think I’ll be able to give this up for anything!

What project are you working on currently that you’re most excited about?

I am a big sci-fi nerd, and there’s a film we may shoot this fall in Budapest that I would love to be associated with. Artificial intelligence, robots, consciousness after death – fun stuff, great filmmaking team and script. Hope we are in production on it, and I’m able to speak more about it soon!

Do you have a favourite movie quote?

I have many. Right now I’ll go with “Life moves pretty fast. If you don’t stop and look around once in a while, you could miss it.” – Ferris Bueller