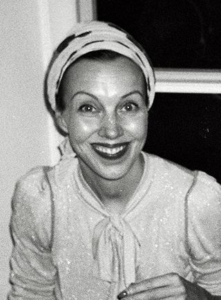 Homeless Bob Production was created in 2006 to provide a home for vagabond filmmakers. HBP consciously commits itself to protecting and preserving the magic of cinema and not simplifying it to a form of entertainment.

HBP’s first feature, Veiko Õunpuu’s debut AUTUMN BALL, brought the Venice Orizzonti prize in 2007. The next collaboration with Õunpuu, THE TEMPTATION OF ST. TONY, received the Media European Talent Award in 2008 given in Cannes, competed at Sundance, Rotterdam and many other established festivals, and was a nominee for the European Film Award for Best Production Design. In 2014 Berlinale premiered FREE RANGE again by Veiko Õunpuu. Another author in HBP, Rainer Sarnet, premiered his folk noir NOVEMBER in 2017 at Tribeca IFF. Its visual form and mystic approach got a lot of attention, especially in the U.S. after its cinema release by Oscilloscope, with high praise from Rolling Stone, Variety, Screen and the New York Times. It is still circulating festivals and received a lot of awards. It was the Estonian submission for the Academy Award.

In 2017, Homeless Bob started with minority co-productions and has been involved in three so far. The first one, THE MAN WHO SURPRISED EVERYONE, by Natalja Merkulova and Alexei Chupov premiered at Venice IFF in 2018. It was a co-production between Russia, Estonia and France. The other two co-productions involved the UK, the Netherlands, Finland, Belgium, Greece, Sweden and Serbia.

Homeless Bob Production has a second consecutive Media Slate with 4 films in development. Katrin Kissa has been part of EAVE, ACE and has been the Producer on the Move in 2009.

I’ve been fascinated with different aspects of filmmaking for a long time, but the commercial side of it has always remained somewhat in the background. It is a recent interest of mine and the corridor that intrigues me is quite narrow – how do the films with a high artistic level, and commercially risky approach, make the jump to successful worldwide distribution. Too few good films make it there. Is it tied to luck, relationships, knowledge, or just money?

The basic requirements for this kind of jump seem simple – English language, known actors, maybe some historical/true events, and also well developed/well-structured storytelling. From the financing point of view – that’s quite a lot. The territory that intrigues me here is – what if you only tick some of the boxes and leave the compromising ones rebelliously open?

Who are the authors who become successful despite being artistically stubborn in their risky approach, and how is that even possible? Yet those are the ones who actually enrich the art of filmmaking. With uncomfortable changes new impulses are stimulated, new neuron bonds in the brain are created. You are thrown into a totally new territory of paradigms – be it substance, aesthetics or structure. For me this is the true importance of film.

Inside Pictures gives a fresh perspective on different aspects of the business side. For me, it is the first true glimpse into business-oriented film making, and it is very much appreciated. Blinded by my own myopic approach I have been ignoring the need for quite some time.

The artistic and the business-oriented world are actually not that separate – the money seeks talent and talent needs someone with the business knowledge. But those approaches become contradictory at some level, and the problem lies in the risk of mitigating one in favour of the other, and how far am I willing, or forced, to go with it. In the end that’s what defines your style and the quality of the film.

I am determined to focus on working on films so that they could jump out of the periphery without losing their edge. By periphery I mean films that have been unable to reach wider audiences despite having a prominent festival release and favourable reception.

How has the IP experience helped/informed you during the global pandemic?

Most of the IP sessions have had a view on the current situation and the possible post-COVID aftermath for our industry. There is a mood of uncertainty, because no one has the answer yet. No one has a plan and we can’t predict too much. The only thing you can trust is your gut feeling. In a way it’s comforting to learn that no one knows, and you are not the only one who doesn’t have the answer, or a plan yet.

Protecting magic from something sounds a bit preposterous, as if there were a mystical villain trying to destroy the magic of filmmaking. I believe the threat lies within everyone including myself, and it can have different faces – greed, laziness, hesitation, impatience, stupidity, blindness, and I’m trying at every step to be aware of the dark villains in me that could cloud my focus.

I think film is an art form but for it to thrive it needs a wider audience, and therefore it inevitably becomes part of the entertainment world. It would be foolish to ignore that. But defining entertainment has always been a tricky one. How entertained should the audience be and who is the one I should entertain? I have no interest whatsoever in finding the lowest common denominator just for the sake of “catering”, but I don’t have anything against success or entertaining people. I will not let go of this idealistic approach, yet I’m not going to keep on justifying the lack of my business-oriented knowledge with higher artistic pursuits. I find it inadequate.

This is why IP is essential for me. It is opening me up to business ideas without requiring me to abandon my principles. A mere chance to learn and to become aware. What am I prepared to do differently as a producer to achieve the widest possible platform for the film and what is the minimum plan to still start the production and hope for the best?

THE LAST ONES world premiere was on 25 September 2020. How was that experience during a pandemic?

Originally, we were supposed to have the premiere in April. After postponing it once, by the autumn we didn’t want to wait any longer. It’s great we got the film out, but 2020 is going to be remembered as the year of lost films. In the future we will return to 2020 and find the hidden gems that would’ve caught your eye under normal circumstances.

Planning the premiere, it was on an ongoing process of whether we should, or not, release the film, until the last days prior to the premiere because the second wave was approaching and we didn’t know if the cinemas will be kept open.

The decision to bring it out was primarily the need to close this chapter for everyone who has been involved, mainly for the director, actors and myself.

In the end I feel that under the circumstances we made the right decision. We definitely lost some audience but gained a good feeling with delivering it to theatres where it belongs, and not directly to VOD. I guess it was the only feasible way to premiere it so that all the people involved would feel that the film is properly released. The idea of having a film go directly to VOD seems really daunting.

What makes a good co-producer?

The criteria are very simple – it’s emotional involvement and belief. If those are missing, then it would be very difficult to co-produce anything.

I don’t fish for projects that I wouldn’t put my focus on, and I’m expecting the same from the people I work together with. This is the main thing because it creates trust. You know it’s going be difficult; and not everything can be contracted, so there has to be something more than money driving people.

What’s been the greatest impact from COVID?

I don’t know that yet. It has been a constant feeling of a turbulent world where the door you should definitely jump through is about to be opened but you don’t know exactly where that door is going to be.

It creates a strange stress. You must constantly use a lot of brain power to convince yourself that you are ready. But ready for what? No one knows. As you can’t control it, then it’s better to disconnect yourself from the madness and see what comes. Otherwise it would be like being a dog on the backseat of a car imagining being the driver.

I’ll always remember COVID as the nasty devil that interrupted Kim Ki-duk’s journey. An unbearable injustice, impossible to deal with, completely unnecessary and inexplicable. This is what COVID is, but actually this is also what life is. You can only control it to some extent, so being on top of things is predominantly an illusion.

What do you foresee leading to any changes to your medium/long term visions and aims?

I don’t know enough yet to have a view on the long term perspective or changes needed in my medium. It is too close to deal with the consequences because we don’t know what the consequences are. I guess the budgets for uncompromised unique cinema might decrease.

How well do you think your government has supported the film industry in response to COVID?

The lockdown itself was short. From the end of March until the beginning of June, and we haven’t been locked down yet for the second wave.

Quite interesting co-production opportunities have arisen because Estonia is more open and a more secure place to be, and easier to deal with during the pandemic.

It’s bringing some great films over from countries that have never previously really considered filming here. Essentially, the government is doing everything to keep the country open. Now that the vaccine has arrived, I hope that keeping the second wave under control has been successful enough to protect us from the worse until it starts to have a positive effect.

My lockdown was quite different. I was locked down on a small Estonian island with no COVID, with no actual lockdown. I didn’t watch any TV. I didn’t spend time at my computer, except to work. I walked a lot by the sea and in the forest; and I read quite some.

What was your reading discovery?