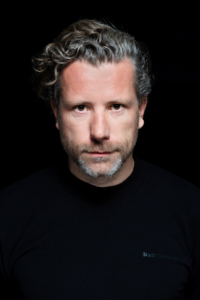 Kuba is a graduate of Lodz Film School and EAVE.

He is also a Member of Polish Producers Guild and European Film Academy.

The main reason was to get a general overview across the entire film industry, and the people/networking possibilities. IP is unique because we spend weeks at a time together, as a whole group. This provides time and space to make really good industry friends, but also helpful on a human level, not just for work and business reasons.

How have you found doing IP remotely as a result of COVID?

I find it a lot better than I thought it would be. The organisation for modules has been perfect. Of course, I miss the informal social time in between when, if we were in the room together, I could talk to the other participants or speakers during a coffee break or over lunch. That hasn’t been possible, and we are all trying to make it work. I certainly feel connected to the group, even though I haven’t seen them in person.

An important aspect during the pandemic is the sharing information. Everyone has been very generous: talking about their experiences and lessons learned. IP has given me knowledge on a practical level, but also this feeling that you are not alone and that others dealing with the same issues as me on day to day basis.

What’s your process/criteria for finding new film projects to produce?

At the beginning of my career I was an assistant, and I built relationships with many young filmmakers, while I was helping them with their projects – just doing whatever was needed. Eventually, we started working together on our projects. Firstly, short films, and then feature films.

The most important element for choosing a project is my relationship with the talent. That’s how I started working with Lukasz Ronduda. We have known each other for several years – we are friends and collaborators. Earlier this year we shot his third feature project FEARS.

The situation was different with PERFECT STRANGERS (aka (NIE)ZNAJOMI) (2019), because the original idea to make this film was from my partner Kasia Sarnowska. She suggested remaking the Italian film PERFECT STRANGERS (2016, dir. Paolo Genovese). She liked the original, but wanted to change the ending. We attached Tadeusz Silwa to direct it. He was chosen through research, rather than an existing relationship with the filmmaker.

So, it’s a combination of people I’ve grown together with, and now I’ve reached a certain point in my producing career, looking for talent I might want to work with. I try to invent projects to attach writers and writer/directors. I have more creative control over the project and I can choose the right people, the right elements etc to create the film I would like to make; like to watch.

I’m not a wannabe director, actor or somebody else. I guess I’m good at communicating with creative people and translating their point of view, to investors, or to distributors et al. My intention is to combine all the artistic and commercial needs together to make the best project rather than to make it only my way or not at all.

What opportunity do you think VR presents to evolve visual storytelling?

That’s a very good question, because we are still learning about how to create stories for VR. The opera we are working on is based on DEAD CITY. The user, not viewer, is able to travel within an abandoned city. Initially, we were thinking of placing it somewhere in Africa, but because of COVID, we saw in Warsaw, like, probably the same in many other cities, that cities were abandoned because people were staying home. We had this very unique situation. Now our love story will happen in Warsaw, and the the user will be able to travel from one place to another and hear the songs from the opera. It is entirely 3D, based on human movements captured from real dancers.

The only impact the user can have on how they get the story is where they choose to travel to within the VR world. They don’t get to interact with any of the characters.

I am developing an interactive movie, it’s called AIDA. You get to choose some of story decisions. With this type of film, you can see the impact video games are having on interactive storytelling. During module one we had a very interesting session with IP alumni JOHN GIWA-AMU the Welsh producer making interactive movies. Few months later he contacted us after watching AIDA’s demo on STEAM platform. I felt that being a part of IP gang made our conversation easier.

What’s been the greatest impact on SERCE from COVID

Luckily, I didn’t have a project in production, or in distribution. In some respects, COVID gave me more time for development on the script I shot in October/November 2020. Throughout the lockdown we were meeting online with the writer, director and other members of the crew. We had the chance to discuss the script from many perspectives – very beneficial for the project.

On another project ARMANDO, I don’t think it would have been possible to dedicate so much time on the script, because not only was more of my time available, but also the other people involved with the project. Script development is the most crucial part. In my opinion, if you’ve not developed your script properly, then you will definitely notice it on the screen.

What changes do you foresee in your own medium/long term as a result of COVID?

I think that COVID has made some change processes faster. One of the biggest changes that we’ve got used to, very quickly, is online meetings. If somebody in my team is not able to be there in person, we no longer skip that meeting until we are all able to sit in the same room together. It helps keep everybody on the same page. All these tools were available before COVID, but after COVID, our approach to meetings was forced to change.

When there’s always the opportunity to get together in a room and discuss a project, the time is not always used effectively. Very often people are late, grabbing a drink, the small talk spills over into the meeting time etc. On a zoom call, it tends to focus the mind on what you’re on the call for – the film project. When you are in front of your computer, you don’t feel like wasting anyone’s time.

I have been impressed with all these film sets being directed by directors sitting in their homes. Zoom based projects like Shudder’s HOST (2020) where the actors were recording themselves with their phones and computers, and somebody was telling them remotely what to do. It’s a brilliant example of how people can always adapt.

How do you think your government can best serve the film industry and/or keep film/tv production going during the COVID?

We have the Polish Film Institute here in Warsaw. They assigned additional development funds and put out a call for new projects. It was a good move, because people had more time for development, and it’s easily done remotely. In addition, cinema operators received subsidies, rent reductions etc.

I think the government communications could always be improved. In film, like most businesses, you need to plan your activities. Sometimes the government introduced new regulations that need to be implemented instantly – that made it harder and harder to plan shoots or the release of your movie.

By the way Polish Film Institute gave me a grand to participate in IP. It was very helpful.

I enjoyed the Italian crime series ZEROZEROZERO (2020). I also saw the British documentary for Netflix LAST BREATH (2018). It’s about saturation divers – guys who working on oil pipelines 200 metres below the sea level. Even if you know nothing about diving, it’s a great documentary. It keeps the tension going until the very end.