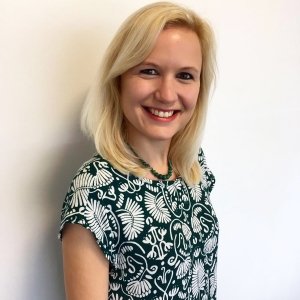 After graduating from the University of Royal Holloway with an MA in Film Production, Laura joined Momentum Pictures’ Acquisitions team. She worked there for three years, during which time the company acquired mainstream hits such as THE KING’S SPEECH and QUARTET, as well as art-house breakouts like HEADHUNTERS. In this role Laura became increasingly involved on the development and production of projects, for example with the film THE WOMAN IN BLACK, which was co-financed by Momentum.

When eOne bought Alliance Films in 2013, Laura joined the newly formed eOne Features department as Director of Development, with a mandate to develop and source films for the company’s six major territories. eOne Features’ productions include SUITE FRANCAISE and Gavin Hood’s EYE IN THE SKY.  In November 2016 Laura joined Anton Corp as VP Acquisitions.

What attracted you to Inside Pictures as a training programme when you applied? What is your impression so far?

I have always heard fantastic things about the programme from previous participants, mainly that it granted them the tools and knowledge to understand their role in the industry and take the next steps in their career. I know that the film industry is made up of many different components, which all rely on each other and I was keen to learn understand each area in more depth, especially as so much is changing. I hoped that Inside Pictures could provide me with a holistic view of the industry so that I could spot potential new opportunities.

I had high expectations of the course to start with but it has by far exceeded them and constantly surprised me over the last three modules. The speakers have all been excellent and the course encourages a uniquely inquisitive atmosphere amongst the participants where no question is too simplistic or goes unanswered. It has really allowed me to make sense of the things I found confusing and learn completely new concepts. It’s also been a lot of fun and I know I have found friends for life in my fellow participants.

Congratulations! You have been recently appointed VP Acquisitions of Anton Corp. Tell us about your new company?

Anton Corp was set up by Inside Pictures Alumni, Sebastien Raybaud in 2009 and co-financed over 160 productions with Studio Canal since 2011. The company now has a slate financing deal with Elevation in Canada and closing a number of similar deals in Europe. We also have distribution partnerships across the emerging markets where we can buy rights and are now moving into single picture financing and TV. Anton is very versatile, communicative and responsive to industry changes, all of which are very exciting to me.

What does your new job entail? How does it differ from acquiring purely for distribution?

My role is entirely new in a young company which is growing and realizing its ambitions. There are many similar elements to working for a distributor, mainly reading scripts, watching films, assessing projects and tracking audience habits, which I think are essential to all acquisitions roles. At Anton Corp there are many different ways in which we can come on board projects from buying certain territory rights to fully financing. I therefore have to take the international market into more consideration. The deal making is also very different as we take a more streamlined approach which really benefits the talent and producers.