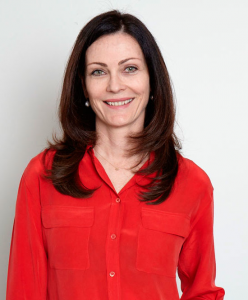 Martha Coleman is partner and co-managing director of newly formed film and television production company, RevLover.  RevLover is sister company to Revolver, one of the world’s most awarded commercials production companies with a creative roster that includes Justin Kurzel (Snowtown, Macbeth), Kim Gehrig (#1 UK TVC director, 2015) and Steve Rogers (DGA).  Martha began her career as a producer of the seminal Australian feature film Praise (Fipresci Award TIFF, Sundance, Berlin 1999), after which she moved to London for 8 years, where she was Head of Creative at Icon and Executive producer and Head of Creative at Newline and EFD owned Material Entertainment.

Material’s first film, Run Fat Boy, Run, achieved number one at the UK box office, where it remained for 6 weeks. Returning to Australia in 2009, Martha was Head of Development for 5 years at newly formed agency Screen Australia. She steered a team that championed a new direction in film development, also sitting on the Production funding and Producer Offset committees.  2015 delivered an unprecedented number of Australian theatrical films that achieved significant success at the Australian box office, all of which (except Fury Road) were supported by Martha’s team at Screen Australia.   Martha is a graduate of the Australian Institute of Company Directors (GAICD) and sits on the board of the Adelaide Film Festival. She has dual Australian and British citizenship and resides in Sydney, Australia.

Returning to producing after 14 years and setting up a business I was aware that my experience was heavily biased on the creative/marketplace side. I was attracted by the opportunity to focus on making sense of the numbers that sit behind the finance plan, finance and recoupment, and to gain insight into the up-to-the-minute international film landscape.   It’s also a great way to expand the network.  So far, so good!

You have extensive experience in working in the Australian and UK film industries. How do these two industries differ? What could the two countries at opposite sides of the world learn from each other?

I think they are very similar.  The UK is a bigger pond but we share one big challenge: we have a low domestic turnout to our domestic films because we speak English, and so does the US, which is so dominant.  Therefore, we compete with US films for audiences.   We are also both learning to think more about audiences, to be less parochial and try to make films that resonate universally.

How easy was it to return to independent producing after quite a few years in a public screen agency?

I loved my time at Screen Australia because you can really help talent make progress – it’s so important to have good people in those positions of influence.  But there’s no question you have more skin in the game as a producer – the buck stops with you. I had an ‘inner producer’ who kept tapping me on the shoulder and I’ve lived long enough to listen to that inner voice.  I knew it was the right thing to do, that I wasn’t done as a producer yet.   In that sense is wasn’t hard.

How does your experience as a public funder feed into your work as a producer?

I think those public funding positions give one a great perspective on the entire ecosystem of the industry.  I have seen so much of what has been developed out there and so I have a sense of where my own taste fits in the ecosystem, which gives me confidence that there is a place for RevLover.  The funding process isn’t a mystery to me and I also trust it because I’ve been on the inside and trust the process.  We are so lucky to have public funding; long may that be the case.

Any top tip for your fellow producers what to avoid when approaching or working with public funders?

Understand they are on your side – they WANT to support talent and good projects.  Be straight forward, clear, don’t “hard sell”, don’t assume they are idiots.

What was your favourite bugbear?

People assuming that decisions were biased in favour of “mates”.  I said no to as many mates as I did strangers.

We have a slate of 7 movies and 5 television series, which has attracted development deals from eOne (x 2), Transmission Films (x 2), eOne TV LA and Foxtel.  The movies range from a beautiful, heartfelt $4million Thai language story set on Koh Panyee, to a $20 million British /Australian co-production set in Naples, to be directed by Jocelyn Moorhouse.  RevLover will convert to production on our first movie and two half hour comedy series next year.  2017 will be busy!