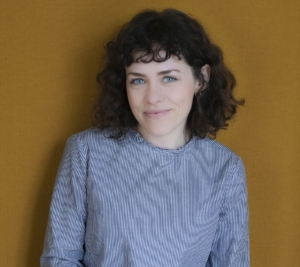 Milena Hemmer works at Tobis Film in Berlin as a development executive. She studied in Constance, Lyon and Berlin and holds an M.A. in Cultural Studies from Berlin’s Humboldt-Universität. An internship at the French-German cultural broadcaster arte led to her first job in arte’s press office in Strasbourg in 2013, where she promoted non-fiction and cross-media formats. In 2014, Milena joined Tobis, one of the oldest and most active German distributors with a success story of now 50 years. As a buyer, she was the first contact for US and French sales companies and travelled to major international film markets and festivals, evaluating acquisitions at all different stages – be it pre-buys or completed films – for German-speaking distribution. Among the titles selected were box office hits such as TWO IS A FAMILY, the BAD MOMS films, action hit GREENLAND as well as critically acclaimed films like Pablo Larraín’s JACKIE or JULIETA by Pedro Almodóvar, and many more. In her capacity as a buyer, she immersed herself into the workings of the fast-paced, constantly changing international industry and gained a profound knowledge of the dynamics of the market. In 2015, Tobis opened a production department to produce and co-produce local content. Milena transitioned from acquisitions to the production side in 2019 to foster the development of domestic and international films and series, as the company is expanding the scope of its production endeavours. Focused on the creative process, Milena guides creatives through each development process, aiming for great storytelling that will find, inspire, and entertain audiences in Germany and around the world.

One of the key aspects is the networking. It’s great being part of such a motivated and inspiring group of people – a safe space for exchanging all kinds of thoughts and ideas, asking for advice and insights. It’s very important to me to have a trusted network; especially after such a prolonged period of time where networking has been limited.

The reputation of IP is unmatched. The standard of industry speakers from across our business is amazing. It’s a great combination of modules to work through. I’ve got something out of each of them. For example, the US focused module: There’s a lot to learn, not only in terms of hands-on production, but also in terms of the spirit and mindset of the US film industry – compared to what I’m used to in Europe.

The industry is shifting so much, it’s in a constant state of flux right now. IP is going to be very important in developing my view of where the industry might be heading.

How do you think working in acquisitions has helped prepare you to be a development executive? What are the valuable insights into various areas of the business, both nationally and internationally, that you feel you bring to any project you work on?

Obviously, reading hundreds of scripts and watching tons of films has taught me a lot about film – the inner dramaturgies as well as the industry. Besides, it was something I really enjoyed. It is essential for acquisitions to understand, and be aware of, not only your national market, but also the international film markets too. I now bring this insight into my development work.

Acquisition work is led by the annual cycle of major film markets and festivals, and what or who is creating a buzz and excitement. Those experiences inform my outlook on projects I take on as a development executive. I think maybe it has given me a more international perspective, which for TV is becoming much more important. It’s especially exciting to see the growth in interest and demand for non-English product in the Anglo-Saxon world that was traditionally not as open to international products.

What is the key to being a good Development Executive?

I’d say it’s about communication, trust and resilience. With the writers I work with, I try to help them birth a story in the best, and least painful way. You really have to talk things through and be open with one another. Through that process, you hopefully find a common vision. I really feel it’s a team effort – growing together as a team is an important aspect to me. I try to nurture everyone’s creativity as best I can, while I do have to be able to keep in mind the more logistical or practical aspects of the process.

There are many challenges on a personal and structural level. On the one hand, you have to take care of a project, sometimes fight for it. You sometimes have to be able to take a different route than was expected. You have to know when to trust someone, and when to guide them before they stray too far from where the project started or needs to be.

Creative differences are a part of our job, it’s part of the deal. You need to be able to be honest with yourself, but also with people involved. Yes, it can be very frustrating when projects fall apart, or projects you’ve worked on for a long time don’t survive through to production. Unfortunately, not all of the projects we develop can be realised. I’ve had projects I really believed in that did not work out the way we hoped. But I feel like you take something away from each and every project and also every crisis. It may lead to new projects, new ideas, new relationships, new strategies.

I’m interested in the idea of finding ideas… How different is the challenge in terms of finding new films vs new tv series?

I wouldn’t necessarily say the process is different. The idea comes first, most of the time, or the person with an idea comes first. I think then it’s about finding the right format for that idea. We’ve had projects start out with the series format in mind, but turn out better suited to film. Most of the time I don’t start with ‘we need a new series’, or ‘we need a new film’. Inspiration can be anywhere and once the idea is found, then I think the next step is finding the right team, and then the right format and tone for that specific idea. Obviously, there are different challenges once you decide on format.

Tobis is in a unique position because we have distribution in house. Therefore, we can either think theatrically, or TV series. I’m not limited to one or the other. It’s about the potential opportunity a project presents.

Development is a process. Ideas can grow, and maybe they grow in different direction than you first anticipated. It’s very important to be in constant dialogue with people you want to work with; get to know people in order to match them to the right project at a later date. It’s a people business, and it’s an ongoing adventure and joy to discover and get to know people to make films and TV series with.

For the company, we were hit during the first days of the shooting of CATWEAZLE – our biggest shoot to date. That was tough, but kudos to my colleagues in production who came up with safety protocols and were able to finish that shoot.

As a distributor, movie theatres closing for such a long time had a great impact. Films scheduled for release, had to be rescheduled. This was a constant headache for so many of the people involved.

After recovering from the initial shock of a pandemic, developing new work could continue wherever, even in a lockdown. This helped me tremendously. I got through this whole global pandemic, to date, being able to work, and be in touch with people, often virtually, talking about ideas. It has given me so much hope.

What’s changes or innovations, in response to COVID, have you seen that will be for the greater good of the film industry going into the future and what can’t you wait to see be ‘normal’ once again?

It was hard not being able to go to festivals or events, but I think we learned we don’t necessarily need to travel as much. I don’t think we will go back to flying around the world all the time – now that we have proved we can achieve so much via Zoom or virtual events. Even though I know it’s not exactly the same experience when doing things remotely. When it comes to the viewing experience, it’s certainly very different sitting in a theatre experiencing a film with people, than watching a film at home, on your laptop. Regardless, from an ecological point of view, this is probably an important lesson learned.

Working remotely can be both convenient and effective. As an option, I enjoy in person meetings, and seeing my colleagues regularly. Camaraderie is not easy to recreate via digital platforms, but I think being more flexible when it comes to where we work is definitely a pro. I think we might not have learned as much about the benefits without being forced to do it.

Nevertheless, I can’t wait to be able to attend a festival, premiere or any gathering and celebrate films and TV with others; experiencing those key moments where positive buzz begins to take hold, where we exchange thoughts, away from our offices. I miss that a lot. I hope we’ll be able to do it securely and safely sometime very soon.

If the pandemic started today, what do you think you and would do different to make it better/easier on the company and/or your own well-being … Advice, tips and tricks welcomed…

Lockdown had us all stuck in our homes, but it helped me a great deal to meet people at outdoor locations; having some activities that make you think of something other than the pandemic. Luckily, for work, I could really immerse myself in storytelling, in different worlds and realities. But working from home, you have to be strict with yourself about the balancing your work and home life, when everything happens at one place.

There are so many great movies out there… I am always keen on discovering ones I have not seen before and have a long list of things to watch – I guess that is an occupational disease. For example, I can’t wait to see some of the films from fellow IP participants that I did not yet have the chance to screen but watched succeed from afar.

I might watch something by Agnès Varda, maybe Le Bonheur – a fascinating, colorful escape to a seemingly idyllic place that offers much food for thought. Being entertained and challenged to rethink things at the same time is something wonderful that film can do.