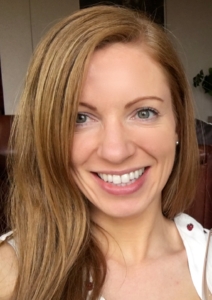 Paula became Head of Production for Element Pictures in July 2016. Prior to this she had been Series Producer on two series of Element’s continuing drama RED ROCK (80 x 30min eps per series). Paula began working in Element in 2007 as PA to Company Directors Ed Guiney and Andrew Lowe, quickly progressing to the role of Production Executive, working across Element’s slate of productions and co-productions.

Paula received a BSc in Communications, Film and Broadcasting from Dublin Institute of Technology. Before joining Element, Paula worked as Production Manager in Happy Endings Productions, a factual and light entertainment production company owned by Dara O’Briain and Seamus Cassidy.

During her time as Series Producer on RED ROCK, Paula helped to design and implement a Writers Academy and Director Shadowing Scheme, the latter particularly aimed at bringing more female directing talent into television drama.

Paula was recently Co-Producer on Yorgos Lanthimos’ THE KILLING OF A SACRED DEER and is currently working on 4 feature films and 2 televison drama series that will begin shooting this year across Ireland, the UK, USA and Canada.

What attracted you to the Inside Pictures programme? What’s your impression of the programme so far?

Any of the programme’s alumni that I have met rave about the programme and how much they got out of participating. Element Pictures’ Company Directors Ed Guiney and Andrew Lowe have also spoken on the course in recent years, so it has always been on my radar as something I’d love to take part in if the opportunity arose. I’m really enjoying the programme so far, the speakers are incredibly generous in sharing their knowledge and experiences. My fellow participants are a great bunch too and I think I’ll learn a lot from them as well and feel like I’ll be able to ask them for advice for years to come.

Element have gone from strength to strength in recent years with an impressive slate of projects receiving international acclaim. How has this growth impacted your day to day business?

The company is certainly busier than it’s ever been and it’s exciting (if sometimes daunting too!) to have such a busy slate and consistently have a number of projects in various stages of production. Element has also recently opened its second art-house cinema called Pálás, in Galway. It is really energizing to work in a company with such ambition, that spans development, production, distribution and exhibition. Receiving international recognition for our productions has certainly helped open some doors and allowed easier access to talent and companies that we would like to work with. For my day to day work, the growth of the company means constantly having my head in a variety of production models and financing structures, being open to learning new ways of working and cognisant of the expectations of new partners, financiers and broadcasters that we are developing relationships with all the time.

You’ve added more North American co-production to your slate in recent years. How does transatlantic co-production differ to European projects?

With any co-production you always aim to choose the best partner with great local knowledge to guide you through the local financing and shooting environment. Whether in North America or Europe, you know you’re going to be in the trenches with this company for quite some time so working with people you can get along with and have similar aims and experiences is so important, especially as you’re always thinking about the next project that you could possibly work together on too. So, in that manner, the co-productions don’t differ hugely. There are differing levels of paperwork and differing levels of union and guild requirements in any territory you visit, so it’s always just a matter of understanding and appreciating that you’ll need to adapt new practices before choosing any territory to co-produce with.

You’ve done important work developing talent and increasing female presence through the Writers Academy and Director Shadowing Scheme on the series RED ROCK. What other programmes would you like to see implemented in the industry?

I think in this age where the appetite for content seems insatiable we have a real opportunity to develop crew and cast and help them to move up the ranks more rapidly. I found long running television drama was a wonderful training ground due to the recurring nature of the work and sometimes having a smidgen more time to give to training than would be available on feature film. Although much of the responsibility will always lie with funders to insist on a level of training taking place, I think producers and HODs are becoming more engaged in this area, realising the alternative is not having sufficient qualified and experienced talent to service their productions. I would like to see more females becoming involved in the traditionally male dominated technical departments such as camera and lighting. I think acknowledgement of these roles being accessible to both males and females needs to be instilled and encouraged at the earliest stage of any third level or other training taken by new entrants to the industry. In my mind the next initiatives need to be aimed at decision makers; festival programmers, heads of national film boards, broadcasters and funders, to enable them to make conscious and inclusive decisions to reach parity in male/female representation in film and TV.

What upcoming project are you most excited about?

I’m very excited to see the audience and critics reaction to Yorgos Lanthimos’ THE FAVOURITE. We shot the film last year and it will be released in November 2018 in the US. It’s a period film based in the court of Queen Anne, with a delicious, uniquely Yorgos take. I’m also excited about THE NEST, Sean Durkin’s next film which we’re in pre-production on. It will be shot in Canada and London in September this year and stars Jude Law and Carrie Coon in the lead roles. THE NEST is the story of a British man who returns to the UK from the US with his family for capital gain and new opportunities. The family is plunged into the despair of an archaic ’80s Britain and their unaffordable new life in an English manor house threatens to destroy the family, pushing each of them into a self-destructive cycle. The film is financed by FilmNation and BBC Films.