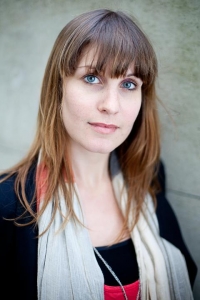 Samantha Cameron-Mowat is Executive Director, International TV Sales, EMEA at Lionsgate. After having worked at ITV Global Studios Entertainment, BBC Worldwide & NBC Universal across both linear television & digital sales and distribution, based in both London and Cologne, Samantha has gained invaluable knowledge enabling her to build and develop Lionsgate’s linear & digital strategy within EMEA from the London office.

Since joining Lionsgate at the start of 2015, Samantha has driven substantial growth across the linear & digital business through building the company’s profile and strategically positioning key television and film franchises such as MAD MEN, ORANGE IS THE NEW BLACK and THE HUNGER GAMES as well as forming new partnerships with high profile clients including Sky Deutschland, ProSiebenSat1, Amazon, Orange, Swisscom & Rostelecom.

I was attracted to Inside Pictures due to the exposure that it would give me to all areas of the film industry which I don’t necessarily have access to on a day-to-day basis within my role at Lionsgate. The opportunity to collaborate with fellow course participants and learn from industry experts based all over the globe, was hugely exciting for me. So far, I have been extremely impressed by what the course has offered and how much I have learned from it. The quality of the modules, speakers and participants is outstanding and the topics within the industry that we have covered have been wide ranging and very insightful.

You are an expert in digital sales. For most of us the digital world looks like the ever-changing staircases in Harry Potter.  If you cast your mind 5 years ahead what will the digital landscape look like? Which players do you think will be still around?

Global SVOD platforms such as Amazon and Netflix are definitely here to stay, investing heavily in top quality film and TV content that appeals to audiences around the world. I also think that it will be interesting to see what the future holds for digital platforms such as Vimeo, Hulu and YouTube Red and whether they can make a similar impact as Amazon & Netflix, on a worldwide basis. We may well see smaller SVOD platforms come and go, as has unfortunately happened already with the SVOD service Whatchever in Germany which will close at the end of this year. As audiences are so diversified in what they want to watch, I believe that there is still room for more niche digital platforms which is something that Lionsgate is currently very keen to explore with the services Comicon HQ & Tribeca Short List that launched earlier this year in the U.S.

What’s the future of TV? How long before linear TV channels disappear as a format?

I’m a firm believer that linear TV will continue to play a crucial role as a format, particularly for live sports & entertainment shows such as THE GREAT BRITISH BAKE OFF and THE X FACTOR in the UK. There are also a handful of shows that people will endeavour to what as live or near-live as possible in order to avoid social media spoiler alerts such as GAME OF THRONES or THE WALKING DEAD. What has started to happen and will continue, is the development of TV channel’s own digital services. Sky is already leading the way with their bouquet of online rights for a vast majority of shows and I’m constantly asked by Free To Air broadcasters as to whether we have the ability to include online rights for their separate on demand services, for television content, due to the way that a high percentage of the audience are delaying viewing and how channels need to be able to keep up with their competitors in the territory.

In the film sector it often seems like the UK lags about 2-3 years behind the USA in adapting new distribution models and the rest of Europe seems to take even longer to adapt. What’s your impression when it comes to TV and digital related developments?

I think that there is definitely less of a lag now in the UK and the rest of Europe than there used to be. Piracy has always been a reason for content to be released or broadcast as close to the original release as possible – especially when it came to US series – but this can still be challenging in dubbing territories. Digital platforms now make it easier to do this – providing you can localise in advance –  as you don’t need to wait until a linear broadcaster has a suitable slot available and you have the ability to launch simultaneously in hundreds of territories.

Regarding theatrically released films, I also think that the UK has pioneered the release of certain films on transactional services either day-and-date or a few weeks after theatrical release on platforms such as Curzon Home Cinema, iTunes and Amazon which increases the awareness of a film and the amount of people likely to see it – especially if it’s had a technical or limited release in cinemas.

What are the hot titles for you at the moment? What have you got coming up?

We recently launched the show SWEDISH DICKS which is Lionsgate’s first foreign language co-production, a partnership with ViaPlay in the Nordics, starring Peter Stormare, Jahan Glans & Keanu Reeves. It’s a comedy and first original production for ViaPlay which focuses on two Swedish detectives in L.A who are trying to make a living by solving a new and quirky crime in each episode. In the past few years, there have been fantastic shows coming out of France, Nordics and Germany so I’m really excited that Lionsgate are now representing one and that are entering into this space.

We’ve got a lot of shows that have just been picked up for a further season such as our Golden Globe nominated show CASUAL; an original dramedy for Hulu penned by Zander Lehmann & directed by Jason Reitman, NIGHTCAP; a behind-the-scenes of a late night chat show starring Ali Wentworth for Pop! & NASHVILLE will also return for a fifth season early next year on CMT & Hulu.

On the film side we have a distribution partnership with New Regency which includes their films for distribution from the Pay 2 window onwards and their slate this year (as with every year) is incredibly exciting with Warren Beatty’s RULES DON’T APPLY and Justin Kurzel’s ASSASSIN’S CREED which will release this year in the U.S.