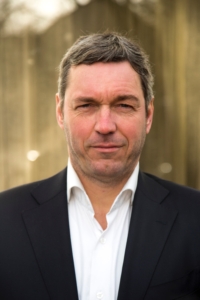 Sander has worked in the Film and TV industry for 20 years. He holds a law degree and qualifies as an attorney since 1999. He co-owns an Amsterdam based boutique entertainment firm since 2005 (after working for two high- end Amsterdam law firms).

Sander is one of the most specialised legal and strategic advisers in film and TV in the Netherlands. He works with the top of the market and has extensively experienced the industry from the perspective of producers, distributors, directors, actors, casting agents, talent agents, TV- personalities, format owners, film festivals, financiers, film funds, VOD- platforms, completion bond guarantors, collection account managers et cetera.

Furthermore, it is good – both mentally and physically – to replace your day-to-day business for a few weeks of fresh experiences.

Learning. My level of knowledge is pretty okay on international deals, but still I managed to learn a lot, gain different views and new aspects, insights into the changing landscape etc.

Enjoying. I loved the group (including Julia and Corinne). It has been simply amazing to experience so much kindness, willingness to share and laughter. All without having seen any conflict or even the slightest annoyance between any of the participants.

What could you say to encourage other film professionals to participate on Inside Pictures?

Do not hesitate, participate! You will love it. It is a great experience.

You’ve co-owned an Amsterdam based boutique entertainment firm since 2005. What for you are the main benefits to indie TV and Filmmakers from consulting with boutique firm over bigger legal practices?

I started as a corporate lawyer in Amsterdam at a big firm (over 200 lawyers) and worked in that corporate environment for more than 8 years. Every day enjoy the benefit of that superb learning school. For the last 15 years I’ve co-owned a media and entertainment, Amsterdam based, boutique firm. Clients value our combination of high-end knowledge and experience, for more reasonable fees and much shorter queues.

For an indie filmmaker, the involvement of legal advice can be often saved until they really need it… To help remove some of the fear factor… Explain the financial benefits/value of getting someone like yourself involved in a TV or film project at an earlier stage than when contracts are being drawn up.

The art of hiring a lawyer:

Legal advice often is a ‘no’. Lawyers tend to say ‘no’ as it is much safer, legally speaking, then a ‘yes’.

Strategic advice is the lawyer putting his butt on your entrepreneurial chair and from that point of view look to help solving your problems and achieving your goals. Legal is just one tool in getting there.

Heading into third decade of the 21st century: What do you consider to be the immediate legal challenges distributors face? And what do you see on the medium horizon that we’re yet to fully understand, but it’s a challenge that is coming, nevertheless.

Distributors find themselves in an insecure landscape. No one can really predict what will be the situation in a few years once the present turmoil is over.

What are some of the most common mistakes you see made from a legal point of view in TV and Film?

– Giving away more rights than you own.

– Poor understanding of contracts and copyrights.

– Leaning on reasonableness (unfortunately, that is often overruled by hard legal stuff).

How important is an entertainment lawyer to a screenwriter? In the USA it appears to have a greater prominence to their work than in Europe. Why do you think there’s such a difference in attitudes to legal representation?

Screenwriter contracts are simpler in Europe because of the lack of very strong writer guilds.

Your practice will be 15 in 2020… What are the biggest changes that you’ve seen in the film and TV industry that have affected how you work and the advice you’re giving and what remains the same?

More and more boiler plate work will be done by software. Which will reduce costs for drafting contracts – good for producers. It is also good for lawyers that love their metier (profession), as only the more specific and interesting part of the work remains.

If you were in charge of The Netherlands national film policy, what would you advise the government to do to ensure more people across the globe saw Dutch movies.

And finally, if you’ve time… please tell us a little bit about the time your son met Johan Cruyff and how later in life you were up in court defending the publisher of Dutch icon Johan Cruyff

In 2013 my client published the biography of Dennis Bergkamp. Dennis was asked who he wanted to hand over the first book to during the official book launch. He said: Johan Cruijff, and if that’s not possible, well then …… Johan Cruijff. So next to Dennis Bergkamp, the ‘man who knew everything about everything’ would be present.

As they love soccer, I put my two boys (5 and 7 years old) in a taxi and we drove to the book launch. I asked whether they knew Dennis Bergkamp or Johan Cruijff?

Daddy, Dennis Bergkamp, isn’t he very old? That question gives a lot of information: (1) my boys are poorly informed about Dutch sports heroes, (2) people of my age are very old and (3) if Bergkamp is very old, then Cruijff must be as old as Santa Claus (maybe they were class mates in Spain back in the days!).

I asked the taxi driver if he could tell us who is the best Dutch soccer player of all time. As expected, he went delirious for Cruijff, so my boys were now aware of who they are about to see.

It was very busy at the venue and packed with press: BBC, Al Jazeera et al. After the presentation part, Johan Cruijff answered not more than two questions from the press.

As the event drew to a close my seven year old asked me whether he could ask Cruijff a question. I could hardly hear him because of the journalists shouting for Cruijff’s attention.

As Cruijff was leaving the stage my son shouted: “Johan, Johan!”

Cruijff turned around and walked towards my boy, took a knee and said: “hey my friend, what can I do for you.”

He said: “Well Johan, eeh, do you like being famous?”

Cruijff said: “That is a very good question little man, yes I do!”

Cruijff tapped him on the shoulder and off he went, three questions answered, one of my little man. I was very proud. True, it was a very brief interview, but who can say that he interviewed Cruijff at age 7 anyway? I was fond of Cruijff, a true children’s friend.

Six years later (two days before the start of Inside Pictures Module 3 in 2019), I was in court against the Cruijff estate, defending the writer of Cruijff’s biography, opposing against Cruijff’s foundation that builds soccer fields for children …..boys like mine.