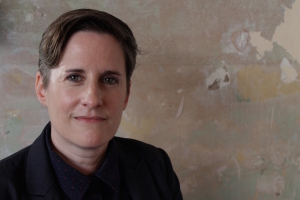 Sophie Doherty got her first opportunity in the business of film as part of the Vue Film Buying team in 2006, where she was able to apply first-hand knowledge of film studies, cinema audiences and cinema operations to the little-known art of Theatrical Film Booking. Championing smaller & foreign films in the multiplex marketplace, helping develop overall market share, and identifying & supporting new booking talent helped inform her abiding ethos of relationship-driven negotiations.

In late 2011, Momentum Pictures gave Sophie the opportunity to jump the fence from Theatrical Film Exhibition to Distribution, as a Theatrical Sales Executive.  The ethos of Momentum afforded Sophie the opportunity to experience a truly collaborative strategy, between Sales, Marketing & Publicity. Following a company merger with Entertainment One, Sophie helped steer the sales strategy of one of the theatrical releases of which she is most proud – Behind the Candelabra (2013 – £3.5M)

A move to Walt Disney Studios UK as Sales Manager in 2013 resulted in both a career & a personal (i.e. geek-girl) highlight, in being appointed the UK & Ireland Sales Lead on Star Wars: The Force Awakens.

Inside Pictures was always a legend whispered around the halls of the UK Theatrical Film Booking in the mid noughties – I’d heard Andrew Turner, the Sales Director at 20th Century Fox, had once been on the course, and even when to LA as a part of the curriculum.  It seemed a glamorous, unlikely possibility. However, the longer I worked in UK Theatrical Film, on both sides of the fence (that is, of exhibition and eventually distribution), the more IP Alumni I met, and thereby the more Inside Pictures became a tangible option.  When Julia Short suggested I apply, I was genuinely honoured.  If I could just secure a placement, this would surely an invaluable experience to gain insights & networks in other parts of the film industry.

I can now confirm; the real thing is even better. The sheer breadth & profile of the film industry professionals who are willing to offer their expertise is astounding.

2. You cite one of your proudest career moment to date as being your involvement with the 2013 film, Behind the Candelabra. Can you tell us a little bit about the journey of the film and why it was so memorable for you?

In Behind the Candelabra, Steven Soderbergh had a quality script, with a stellar cast of Michael Douglas, Matt Damon, Debbie Reynolds & Rob Lowe, but was widely quoted along the lines of this NY Post piece as saying: “Nobody would make it, we went to everybody in town. They all said it was too gay…I was stunned. It made no sense to any of us.” Nor did it to us, at eOne Films.  For context – this was post-Brokeback Mountain’s critical and commercial success.  AND this title was funny.  The eventual production was beautifully executed, and with a stroke of genius & in spite of the US small-screen release strategy, the film premiered in competition for the Palme d’Or at the 2013 Cannes Film Festival.  As a distribution team, we recognised an opportunity to reverse the straight-to-small-screen strategy, and were able to find a suitable date to sell the film in to UK & Irish Film Bookers.

We subsequently nurtured the film’s profile with a London West End platform, expanding our site count and campaign support week on week, resulting in Wide Theatrical Release and a staggering multiple of almost x7 (i.e. versus the opening weekend), to reach a +£3.5M UK & Irish lifetime.

For a title which was straight to the small screen Stateside, and was initially deemed as “too gay” for the big screen, I therefore count that as something I’m very proud to have been a part of.

3. As part of Inside Pictures, we match each of you with a mentor from our extensive alumni network. You’ve already had your first couple of meetings with your mentor; how has it been so far and what are you hoping to get out of the relationship?

The range of talent on the IP Alumni is staggering. I’m very lucky to have been matched with a supremely talented VP of Sales. Whilst my mentor and I are in differing Sales fields, the similarities in the challenges of targets, stakeholder management both internal & external, and our (if I say so myself!) shared high standards make it an already fruitful professional relationship.  Crucially, this is not a one-way-street.  Benefits are already in evidence – my mentor is a trustworthy, confidential sounding board, a source of impartial advice; and the relationship acts as a catalyst, leading to fresh ways of thinking & problem-solving.  Should the benefits be reciprocal, I’m hoping to continue to work with my mentor…even beyond the constraints of the course.

Without time to catch our breath after helping facilitate the UK & Ireland’s widest film release ever, which garnered the second biggest four day opening ever (Star Wars: The Last Jedi), – I’m launching straight into helping to implement our Sales Strategy for Pixar’s release of Coco in this territory.  We’ll also be negotiating Jedi’s hold-overs with UK Film Bookers throughout the Festive Season.

Disney’s 2018 Theatrical Slate of Marvel, Pixar, LucasFilm, Disney Animation and Disney Studios contains a wide variety of original and known titles, and may (again) be our biggest year yet.

Every single session during Module Three has value, and I know I’ll be drawing on some of the ideas, anecdotes and strategies for years to come. However the most immediately implementable is undoubtedly the negotiating techniques, as conveyed by David Solomon of Sun & Moon Training.  Valuable, practical tips as to how to position & execute negotiations have already been utilised in my day-job – and the immediate positive effect is testimony to the value of these sessions.

In terms of the bigger picture, all of the modules have opened my horizons beyond the very niche area of the film industry which I work within.  The more we can understand the needs of the end-user, both upstream & downstream in the filmmaking and releasing process, the more chance we have of keeping theatrical film relevant, in a fast-evolving environment of entertainment platforms.  From Production to Distribution & Exhibition, we are all responsible for keeping the big screen thriving in a digital age, by bringing quality, well-executed stories to comfortable, enticing cinema spaces.  Film as a shared experience is a treasure – I think we’d miss it if it were gone.