Steve Jamison is a film and commercials director, producer and co-founder of Archer’s Mark Ltd and a participant on Inside Pictures 2015. 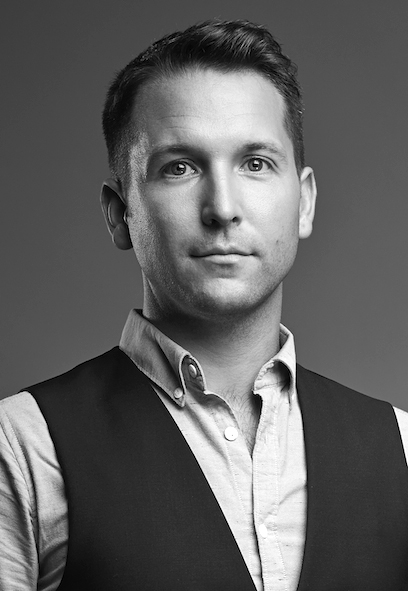 In 2014, after five years producing commercial content for some of the world’s biggest brands (Nike, Nokia, YouTube), Archer’s Mark released their debut feature film Next Goal Wins. The movie premiered at the Tribeca Film Festival, was released theatrically in a number of territories worldwide and recently won Best Documentary at the 2014 British Independent Film Awards.

The company’s second feature, Warbook (Dir. Tom Harper, Wri. Jack Thorne), a political drama featuring Sophie Okenedo and Ben Chaplin, recently opened the 2015 Rotterdam International Film Festival and is scheduled for release later in the year. Notes On Blindness (Dir. Peter Middleton and James Spinney) a $1.2m hybrid documentary based on the Emmy-winning short film of the same name, will be the company’s third feature.

Steve and Mike were named as BAFTA Breakthrough Brits for 2014-15 and, as their commercial company continues to grow alongside, are now preparing a slate of ambitious film and TV projects for 15-16, including a narrative remake of their debut film Next Goal Wins.

What attracted you to the Inside Pictures programme?

I knew and greatly respected several people who had been on Inside Pictures before and felt like it would be a unique opportunity to broaden my own knowledge and experience this year. There simply isn’t another programme that offers the kind of access and insight that IP provides and reading through the testimonials of previous participants I noticed the same words crop up time and again: growth, access, contacts, and confidence. I’d taken a rather unconventional route into the film industry and these were all things that I felt would be of huge benefit as I continue building my business and producing more ambitious features in the future.

What has been your highlight of the programme so far?

It’s almost impossible to pick just one highlight from the three modules completed so far, but I’d have to say the session with Steve Golin from Anonymous Content was particularly memorable for me. He’s built one of the most impressive independent production outfits on the planet so to be able to pick his brains for a couple of hours in LA was an incredible opportunity. It would be so easy for a guy in his position to roll out stock answers to difficult questions but like so many of the Inside Pictures panelists, he was incredibly candid and we all took so much more from the session as a result.

Archer’s Mark work across both commercial content production and feature films. Can you give a bit of background on the evolution of the company and where you hope to take it?

When Mike Brett and I started the company our motivation was always to make feature films, but financing and producing our first shorts taught us a number of valuable lessons, not least that we were going to need a means of providing financial stability between film projects if we were to be sustainable as a business. The commercial arm of our company – Archer’s Mark – was born out of this necessity and now provides the infrastructure and resources to drive our features forward as well as the access to talent and ideas that are so important in any creative business.

You have worked as a director, a producer and as a company director. How has this broad set of experiences informed your approach?

It’s an unconventional mix and I’m definitely aware of the potential pitfalls of trying to do everything, but at the same time I truly believe that wearing a number of different hats on our first three features has given me a 360 view of the filmmaking process. It’s how Mike and I built Archer’s Mark in the early days when we were producing, directing, shooting and even editing everything that came through the door and it’s an ethos that seems to have spread within the company as we’ve grown. We’re incredibly lucky to have built a talented and versatile team around us now, including a management structure that allows us to disappear for six months if we’re directing a feature (as we did on Next Goal Wins) and not worry about the running of the business. Being MDs enables us to make more strategic decisions as directors and in return the fact that we’re directors means we have a very strong creative vision for the company and all of the films we produce. I absolutely love the blend of creative and entrepreneurial and couldn’t imagine doing it any other way.

Archer’s Mark have produced two features to date, with a third currently in production. How do you choose what projects to develop?

We’re passionate about the world around us and are therefore drawn to projects (both doc and fiction) that are inspired by real people or events. Mike and I share very similar tastes and the company provides us with the resources to inject momentum quickly if an idea resonates with us, as happened with both Next Goal Wins and War Book. On other occasions though, the directors we represent on the commercial roster will bring us ideas they’d like to develop as features and that’s precisely how our latest project Notes on Blindness came about. Directors Peter Middleton and James Spinney came to us with an idea that we helped nurture first into an award-winnng short film and now into an incredibly ambitious feature documentary with immersive and innovative trans-media elements. Right now we’re developing a mix of projects that includes narrative features rooted in the real world, several very cinematic non-fiction ideas, and some hybrid projects that question the boundary between documentary and fiction altogether

Your most recent feature, Notes on Blindness, is being produced alongside an interactive, immersive cross-platform project for web, mobile, tablet and VR. Do you think this kind of cross-platform collaboration will become common for feature films, and what do you see as its benefits?

I’ve always believed that story is the most important element of any film, so I was sceptical about emerging platforms and media until it was clear that they could really benefit the story in some way. I certainly never thought that I could shed a tear whilst wearing a VR headset, but the interactive project we’ve been developing alongside Notes on Blindness has proved me wrong and is a beautiful example of how new platforms can push the boundaries of storytelling and create a richer experience for the audience. As the technology develops, which it continues to do every day, then this kind of innovation is only going to become more integral to what many of us do as producers and I’m sure it’ll be a big part of the projects we develop in the future.