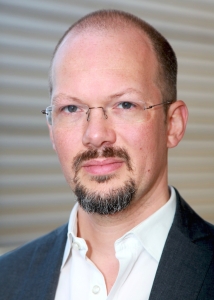 Tom manages Head Gear Films, one of the UK’s most prolific film finance companies. Since joining Head Gear in 2013, Tom has participated in financing over 125 feature film and television productions, recently including Black Mass, Freeheld, War on Everyone, Cargo, Storm in the Stars, London Fields, Where Hands Touch, Trespass Against Us and The Man Who Knew Infinity.

Previously, Tom advised a number of film sector start-ups on finance and corporate strategy, as well as assisting producers in the UK and abroad to package and finance their feature films. He consulted for several SMEs in the film sector, including an investment fund in Dubai, a post-production facility, a start-up aiming to bridge the gap between advertisers and producers, and an investment firm looking to establish an African film industry fund; he also spent three years in Doha advising the Qatar Foundation on their film and media interests. Before that, he was part of the Film Finance team at BMS Finance in London, where he participated in financing films such as Made in Dagenham, monitored loans made to productions such as Moon, Fish Tank and Adulthood and advised low-budget features on financial structuring. As a Producer or 1st Assistant Director he also worked on commercials for clients such as Ford, Orange, Vodafone and Boots, and music videos for artists such as The Chemical Brothers, The Streets and Will Young, as well as numerous short films.

In addition to a distinction-level Film Business MBA, Tom holds an MA in Film Production and a 1st-class BA (hons) in English & Creative Writing.

It felt like the right time to take a broad industry-wide perspective, to try to assess the direction of travel for the next decade. So far, that’s been a very interesting process, and I think the insights that I’ve gained are already having an impact on the way that I approach our business, and how we’re positioned to face the future.

With Head Gear you have financed film at a variety of budget levels. What’s the sweet spot for you at the moment?

We don’t really have a sweet spot in terms of budget so much, it’s mostly about trying to find projects that fit within a reasonably narrow bullseye in terms of our risk appetite. We are naturally seeing a lot of fairly small projects, but also increasingly seeing titles at $25m+ that have a need for a more tailored approach to their borrowing.

We are seeing a lot of pressure on film budgets and it seems they either have to be very low or high enough to attract an A-list line-up and the middle ground seems to have fallen away. What’s your view on this? How can filmmakers make that jump from micro to major with the middle step missing?

That’s a process that’s been going on for a while, and it’s true that the mid-ground has become increasingly untenable. But I think a part of that is executives relying on established templates for their projects, and it’s never been more the case that everything that works is unique in some way. The filmmakers I’ve been most impressed with recently are those that take a pragmatic and realistic perspective to their works – setting up projects as efficiently as possible, getting them made with the best partners available, moving on to the next one – rather than trying to put everything they’ve got into a single project and trusting in the upside. Over time, and enough projects, I feel that prolific producers naturally gravitate to the budget level that suits their style, appetite and ability.

When you pick a project for financing, what’s important to you? What qualities are important to make the cut?

Being a bespoke debt lender that trades on its reputation for being fast and flexible, we’re often asked to look at unusual, or complicated situations that don’t work for more institutional capital sources. It makes a real difference in those situations how all the information is presented, and how quickly we can get to the nub of what the core issue is. Some clients who aren’t necessarily thinking about their problem from a financier’s perspective can inadvertently slow that process down – the faster we can get to the actual problem, the faster we can find a solution. If there is one!

As usual, we’ve got about five projects closing or about to start closing – we’re getting fairly close to our goal of one deal for each week of 2016, so the team are all working flat out at the moment. We’re engaged on some reasonably substantial projects, in the $30m range, and a bunch of smaller ones, as well as some video games, and corporate finance deals. The end of the year and the Christmas break can’t come fast enough!