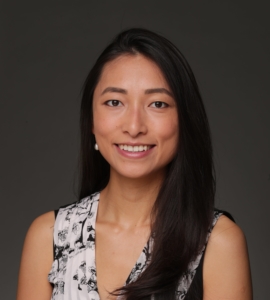 Yvette started her career working in the Industry Development department of the Melbourne International Film Festival where she helped coordinate the 37South Market, which is the biggest film financing market in Australia.  After graduating from law school, Yvette joined the entertainment practice at Holding Redlich, advising clients such as Princess Pictures (SUMMER HEIGHTS HIGH) and Every Cloud Productions (MISS FISHER’S MURDER MYSTERIES).
Upon moving to Los Angeles, Yvette began her career in international sales and financing at Sierra/Affinity, where she focused on sales to China and other Asian territories for titles such as MANCHESTER-BY-THE-SEA and ATOMIC BLONDE.  In 2016, Yvette joined the international sales team at STX Entertainment, a global, next-generation media company, where she tracks and evaluates projects for worldwide acquisition, negotiates multi-year international output partnerships as well as single-picture license agreements for STX’s slate, including BAD MOMS, ALL THE MONEY IN THE WORLD and DEN OF THIEVES, and shepherds those deals from contracting through to the films’ international marketing, delivery and release.

What really attracted me to the programme was the opportunity to meet and learn from the speakers, alumni and other participants – all of whom are incredibly talented, dedicated and lovely people.  My impression so far is that Inside Pictures gives its participants the tools and provides a supportive community with which to navigate the industry during this time of change.

You are currently VP of International Sales at STX Entertainment. What do sales look like in 2018? How important are the streaming platforms (Netflix, Amazon, Apple etc.) in your day-to-day deal-making?

Very important. The platforms are now a major home for A-list projects, and we recently co-financed and handled the worldwide distribution on a title for Amazon. Likewise, STX is  handling THE IRISHMAN for Netflix in China, were they do not have distribution, and we have closed a number of single-territory license deals with Netflix when a select title isn’t suited for theatrical release in that territory.

The platforms have also changed what sales looks like today in two key ways. Firstly, audiences have moved away from traditionally lucrative revenue streams such as DVD and theatrical (albeit to a lesser extent), while international distributors are yet to see a corresponding uplift in streaming revenue.  Secondly, the independent film financing landscape has become more challenging, with big budget TV and digital productions tying up schedules and driving up indie film budgets due to demand for both above and below the line talent.

That being said, it’s an incredibly exciting time to be in sales, with rising global box office numbers being driven by international and the growing appetite for content in Asia, Middle East and Africa.

STX seems like a real powerhouse in a time where the international sales sector is under considerable pressure. What’s the secret of its success in your opinion?

STX was built to bridge the two largest media markets in the world – the US and China – through globally relevant content starring A-list talent in signature roles.  STX has a unique multi-platform approach built to unlock a project’s full value and expand its audience and fan base worldwide across film, TV, digital and VR. We are very fortunate to have wonderful distribution partners internationally, who believe in our model and commit to STX’s slate, which in turn allows us to finance productions and wide US releases that compete against the studio tentpoles, such as our Bad Moms franchise.

Everyone is talking a lot about China.  What do you see as the trends for co-productions and audience tastes there?

In Q1 2018, China overtook North America for the first time as the biggest theatrical market in the world.  Chinese co-productions bypass the quota system which limits the number of imported films and also receive more of the box office revenue than other foreign films (40% vs. 25%). This means that we will continue to see co-productions that aim to cater for this 8.6 billion-dollar market, even though it has proven challenging to create something that works both within and outside of China.  The Foreigner, which STX co-produced with its star Jackie Chan, broke new ground when it was released last year – grossing over $145M worldwide and becoming the first genuine US-China co-production that was critically well received by Chinese as well as western audiences. The film’s success was helped by the underlying IP, which lent itself to being a genuine co-production, and Jackie’s global appeal.

In terms of audience tastes in China, it used to be that action films and films with heavy VFX would be the big winners at the Chinese box office, even if those same films flopped in the US.  However, Chinese audiences are rapidly becoming more sophisticated.  Just a few weeks ago, a dark comedy about smuggling cancer medication called Dying to Survive had an incredible opening weekend of $192M USD.  This means that distributors are increasingly interested in acquiring a more diverse range of content for release in China.

Another recent trend in China has been patriotic films.  The top two grossing films ever in China, Wolf Warriors 2 and Operation Red Sea, were both released in the last 12 months and feature the Chinese military.

Which projects from your upcoming slate are you most excited about?

We just launched a disaster thriller called Greenland, which will star Chris Evans and be directed by Neill Blomkamp. It’s a fantastic script about a fractured family who must fight for survival in what is feared to be the last days of mankind, all the while encountering the best and worst of human nature around, and within, themselves. We’re working with Anton, Thunder Road and Ingenious on that project.

I’m also really excited to be working on STX’s first family animation Uglydolls, which is coming out next year. We’ll all have the songs stuck in our heads for days!