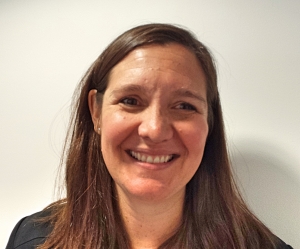 Eve is the co-Founder and Managing Director of Soda Pictures. In her role at Soda, she works across production projects, producer relations, acquisitions and overall release strategies. Recent films include Icelandic indie hit Rams, psychological thriller Disorder starring Matthias Schoenaerts and Joachim Trier’s Louder Than Bombs starring Gabriel Byrne, Isabelle Huppert and Jesse Eisenberg. Founded in 2002, Soda has a library of over 300 titles. In 2014, Soda was sold to the media group Thunderbird Films in order to expand their UK business and build a division in North America. They launched Canadian distribution in 2015 with Lone Scherfig’s The Riot Club and recently released Ben Wheatley’s High-Rise starring Tom Hiddleston, Sienna Miller and Jeremy Irons.

Before setting up Soda, she achieved a BA in Political Science from McGill University and an MA in Communications, as well as travelled the world, lived in Japan and China, worked at various film festivals in both programming and sponsorship, consulted in film distribution press & marketing and dabbled in e-commerce in brand partnerships and business development. She has worked as a journalist, with film-related articles published in The Guardian, The Independent and Time Out and media appearances on various radio, television and web shows.

You were a participant on Inside Pictures in one of the first editions. How has the programme changed since?

Yes, I did Inside Pictures in 2004/5. The most notable changes since then are the size of each year’s cohort and the extension to include participants from outside the UK. I heard that the LA module had become optional but that it is now back on as a compulsory part of the course. I wholeheartedly agree with this, as it was such an integral part to my IP experience and professional development thereafter. And, finally, of course, the alumni network has grown so much that it is evermore important, resourceful and collaborative across year groups.

Your company has changed a lot since you’ve started in 2002 including expanding your footprint to Canada recently. When you look back at your ambitions and aspirations at the beginning of the process and where you are now, how much of what you’ve planned came to pass and what turns did you take that you didn’t anticipate – that even took you by surprise?

When we started out, we wanted to build a distribution company that released films that “made a difference” – ones we felt strongly about acquiring, conveying their artistic value and social message and reaching (and widening) audiences. I think we are still there, but now have the benefit of time, experience, market position within our niche and a kick-ass team to deliver. We had a part of our business plan in the early days that said “make our films available on the internet”. That seemed visionary but also a very obvious way forward. It took a while but we got there! We didn’t necessarily set out to grow the company and sell it because we both love what we do and see our jobs as an extension of who we are, but when it did happen it was nice to shift from worrying about everything to worrying slightly less and focussing more on the films, their campaigns and key strategic partnerships. The latter are what make our work come alive and deliver the message.

Any top tips for our participants and alumni who are about to go out on their own and set up their first company?

Our best advice when we set up was “keep your overheads low and make sure you have a good business partner”. That proved invaluable and has allowed us to keep going, take risks and ultimately grow the company in terms of size, status and turnover. You have to be prepared to give up a lot of yourself to run a business because it inevitably becomes about a lot of other people’s needs and making compromises. But, when it works the way you envisage it, the positives far outweigh the challenges and the feeling of contributing to society in some way and contributing to change is entirely fulfilling. If you can handle the pressures and stress of holding the cards while having the confidence to make decisions and accept mistakes and shortcomings, then setting up a company is great. You can’t give up though! And if you don’t, you can actually make a living out of what you dream up. And that is something… It’s important to keep on learning on the job, refreshing your skills and challenging yourself professionally. IP is very encouraging for an entrepreneurial spirit.

As a still mainly UK based company, what impact in your view will the UK leaving the EU have on your business and the UK film industry in general?

Tough question at this point but my true preference is that Brexit doesn’t actually happen and that the real issues at stake are confronted by those in power and decisions are made based on public unrest around EU regulation, policy and governance. Failing that, it’s hard to know what the economic and political impact will be but there is certainly a lot of social damage done to our industry in terms of co-production and collaboration. My homeland of Canada, with Justin Trudeau at the helm and his $1.4bn funding into the arts and culture, looks pretty good!