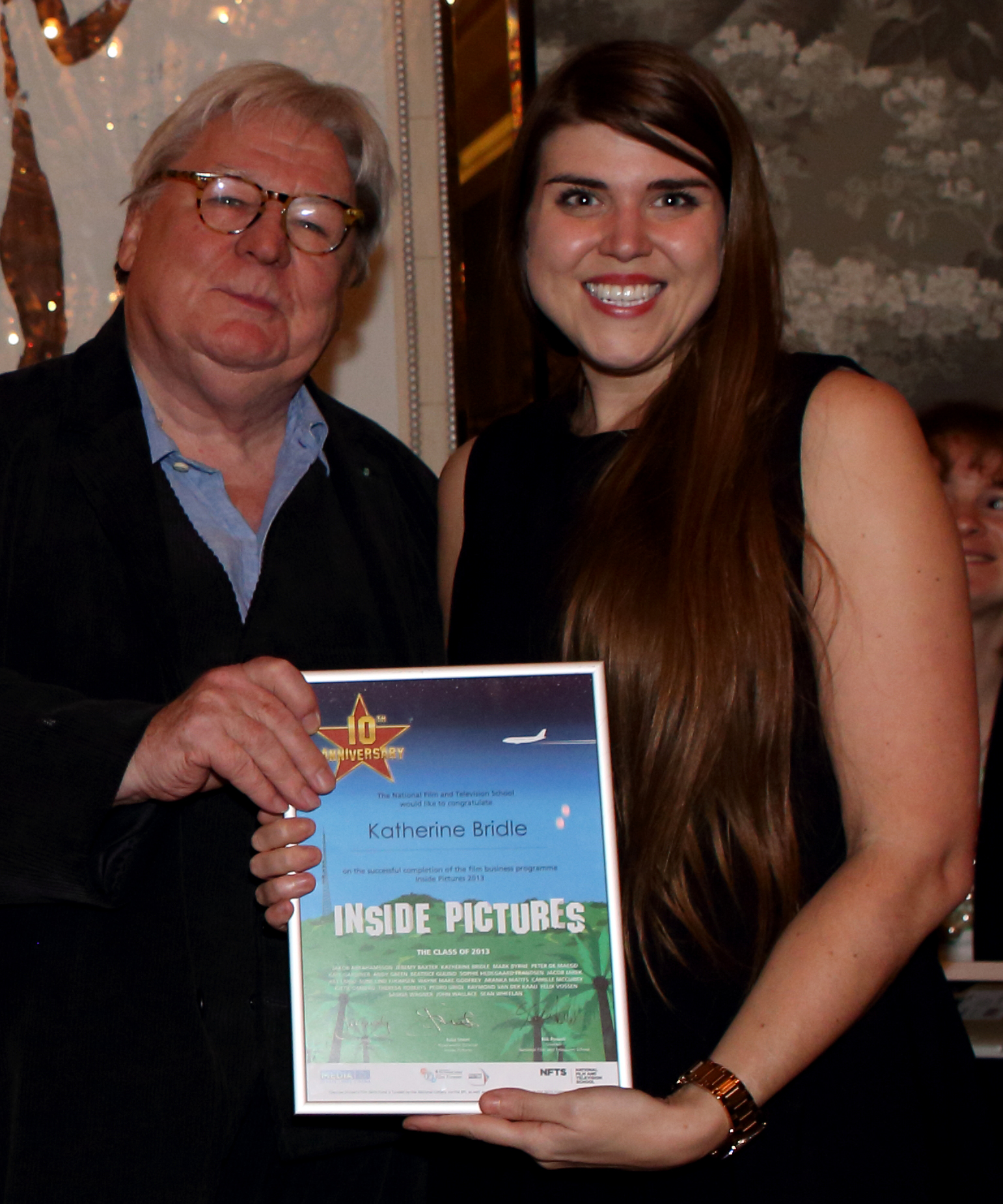 Katherine Bridle graduating from Inside Pictures 2013

Katherine Bridle is Head of Development at See-saw Films and Inside Pictures alumni 2013. Since graduating from the programme she has returned as a speaker, contributing to sessions on the development process.

Katherine joined See-Saw Films at its inception in the UK, starting as an assistant, and progressing to her current role of Head of Film Development as the company expanded horizontally into TV production. She is responsible for driving forward the creative development of all See-Saw Film projects to date including The King’s Speech, Shame and Macbeth as well TV drama Top of The Lake and upcoming Lion (starring Dev Patel and Rooney Mara). She works closely with the key creative at all stages of development and production as well as securing development finance. Katherine has worked with some of the industry’s most exciting filmmakers and writers, including Steve McQueen, Abi Morgan, Anton Corbijn, Shaun Grant, Jane Campion, Justin Kurzel, John Maclean and John Cameron Mitchell.

You have led the development of some hugely successful See-Saw Films projects. What have been the highlights of your career so far?

Having been a part of See-Saw Films  since it launched in 2008, it’s been a huge privilege to be involved in the growth and evolution of the company over all these years, across personnel, ambition and output. Even though I now no longer work on the TV side, concentrating on film, when See-Saw first made the move into television, it felt like a hugely exciting step for all of us. Not least because the wealth of talent and creativity currently flowing into television really makes we film-focused people up our game!

You were a participant on Inside Pictures 2013. What were your standout moments or sessions from the programme?

The sessions surrounding presentation, personality type and interpersonal skills. So much of the work of our industry happens ‘outside the office’ and is about understanding people and communication, so to have some insight into that was fascinating. I also felt it was the only area that no one participant could claim any particular pre-knowledge of – so everyone was learning something!

Have you done business with or collaborated with anyone from your year group or the wider Inside Pictures alumni network?

Not directly with my year group – yet! – but certainly with the wider Inside Pictures alumni network. With more than ten years worth of alumni, there’s a huge pool of potential collaborators and cohorts.

We’re currently headed into pre-production on  a John Cameron Mitchell film, which we are producing with Howard Gertler. Set in the UK in 1977, adapted by John and British writer Philippa Goslett from a short story by Neil Gaiman, it’s exactly the sort of project we love to get involved in as co-producers:  a fantastic script in the hands of a distinctive, talented filmmaker. We are also developing a film adaptation of Lynda LaPlante’s seminal TV series Widows for Steve McQueen to direct, which Gillian Flynn is adapting and New Regency are financing.