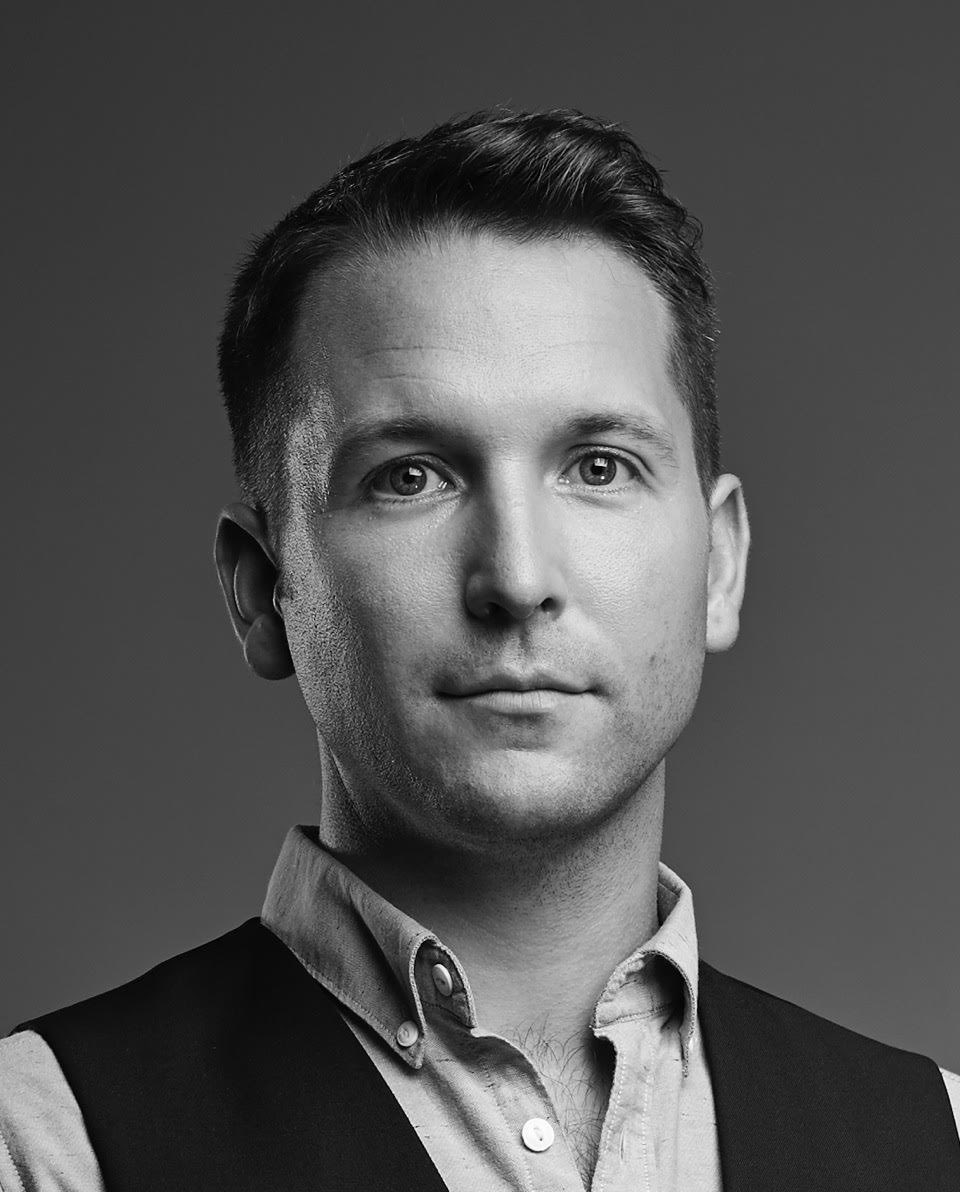 Steve Jamison is a film and commercials director, producer and co-founder of Archer’s Mark Ltd and was a participant on Inside Pictures 2015.

In 2014, after five years producing commercial content for some of the world’s biggest brands (Nike, Nokia, YouTube), Archer’s Mark released their debut feature film Next Goal Wins. The movie premiered at the Tribeca Film Festival, was released theatrically in a number of territories worldwide and recently won Best Documentary at the 2014 British Independent Film Awards.

The company’s second feature, Warbook (Dir. Tom Harper, Wri. Jack Thorne), a political drama featuring Sophie Okenedo and Ben Chaplin, opened the 2015 Rotterdam International Film Festival and was released later that year. Notes On Blindness (Dir. Peter Middleton and James Spinney) a $1.2m hybrid documentary based on the Emmy-winning short film of the same name, was the company’s third feature and released in 2017.

We caught up with Steve two years after his time on the scheme to find out what 2018 has in store for him and Archer’s Mark.

1. You were a Speaker during Module 3 of Inside Pictures 2017. What did you make of this year’s cohort?

As ever, this year’s IP cohort included some very talented and experienced professionals from different corners of the film industry. The idea of sitting in front them as an ‘expert’ was a faintly ludicrous one, especially having been on the other side of the table two years ago. But it was fascinating to hear their responses to the presentation and their very varied perspectives on Virtual Reality, which is a new addition to the IP timetable this year.

Notes on Blindness: Into Darkness is a 20 minute immersive VR experience, so it was particularly interesting to see how the different members of the group interacted with it and where they each saw the potential for VR in the future of our industry.

2. You have worked for the majority of your professional life with your business partner, Mike Brett. What are the benefits of having such a long-time collaborator? Any challenges?

Challenges? Zero. Finding another person who sees the world – and the industry – in the same way you do is nothing short of a blessing. Mike and I are passionate about the same kind of movies and hold the same principles about the kind of company we want to build.

Whilst we had different specialisms before getting into film, meaning we have some complementary skill sets, there’s an enormous overlap too, meaning we instinctively respond to opportunities and challenges in much the same way. As a result, there isn’t a clear delineation of who does what, but because there are two of us we’re able to divide and conquer, which is especially important when your business is expanding like ours currently is.

Whether you’re discussing deal terms, reading a script submission or approving an edit, it’s incredibly useful to have someone to bounce ideas off and who you trust implicitly to make decisions in your place.

3. Archer’s Mark is a company which produces a variety of content, from commercials to feature films. How do you balance your time across the demands of the different projects?

That’s an excellent question. It’s certainly challenging, but honestly we thrive on the variety and feel it’s integral to the culture of the company. At Archer’s Mark we believe in finding the right platform for every story, whether that’s short-form digital content, documentary, scripted feature or even emerging interactive technologies. And the cross-pollination between these different departments has always been essential to our creative output.

That said, it does mean there can be a lot of moving parts, so Mike and I will often pivot around one another to keep those parts working in balance. Whilst one of us may be busy on a particular feature project, the other will be focussing on commercial growth or nurturing a new piece of talent who may, one day, graduate to making a feature of their own.

We’ve also built a team of exceptionally talented people around us, meaning Mike and I are able to immerse ourselves in specific projects when required, safe in the knowledge that the other parts of the business will continue to grow without our daily focus or undivided attention.

In fact, building and managing the right team has perhaps been the most important factor in maintaining balance as our business has grown.

4. Do you see Archer’s Mark continuing to create a variety of content or are there plans to focus on one area at all?

We definitely intend to focus on certain areas for growth, but we’ll also continue to produce a diverse range of content across the company. As mentioned above, rather than watering down what we do, we believe it’s integral to the ecosystem we’ve created at Archer’s Mark, the talent we work with and the quality of the work we produce across the board.

5. You’ve recently completed Notes on Blindness, Peter Middleton and James Spinney’s debut documentary feature about the late John Hull. Can you tell us a bit about the journey of making the film?

To tell the full tale of how that film got made is perhaps a story for a separate day, but in light of my answers to the two previous questions it’s maybe a great case study for how that creative cross-pollination benefits the different areas of our business.

Notes on Blindness started as a passion project that Peter & James, who we represented at the time for branded work, brought to us back in 2012. We were able develop that project with them, first into an Emmy-winning short and ultimately into the BAFTA-nominated documentary.

Throughout that period Peter & James were still working on commercial briefs, experimenting with ideas and discovering their directorial voice. Meanwhile the rest of the commercial roster was able to feed of their critical successes and started bringing forth their own passion projects for development, several of which we’re now working on.

Finally, to the earlier point about finding the right platform for each and every story, within the development process for Notes on Blindness, Peter & James began exploring ideas for a Virtual Reality companion piece, which ended up winning more awards and probably reaching more viewers than the film itself. The success of that experience has subsequently informed our move into interactive platforms and emerging technologies.

6. What opportunities do you see for the future of VR content? Are Archer’s Mark planning to do more in this space?

I don’t think anyone knows for sure what the future of VR is and right now the technology is moving faster than either content creators of consumers can keep up with. A lot will depend on how the distribution models mature and how content creators respond to the ever-changing technological landscape.

Game developers are clearly way ahead of filmmakers in this matter but as more filmmakers and storytellers are drawn towards the world of VR I think they’ll have a big impact on where the industry goes. Increasingly we’re seeing the very best examples of VR are those that are location-based, so experienced at dedicated VR cinemas or semi-permanent installations where the most advanced technology can be used to serve the storytelling.

As I said in my presentation at Inside Pictures, I certainly don’t see it as a competitor for traditional film as the philosophies of these platforms are so very different. With Notes on Blindness we never considered that the VR experience would replace the documentary entirely, but instead saw the technology as an opportunity to explore aspects of John Hull’s experience that we could not explore through film.

We’re now developing a number of ambitious VR projects and are seeing more demand for interactive contact with our brand clients too. But whether or not VR becomes a bigger part of our business will depend on how sustainable the model proves to be. Right now we’re not looking too far ahead.

7. You have a strong reputation for championing new creative talent. Why do you think it’s important to develop and support new voices?

Storytelling is at the heart of what we all do, whether that’s through feature films, documentaries, branded content or interactive experiences. Without new voices – across all of these platforms – we’re doomed to consume the same old stories time and again, and no-one wants that.

Hence why we’re so passionate about championing new talent, breaking new voices and engineering collaborations between the different parts of our business, to find the unexpected.

Right now we’re working on scripts with a several first-time writers (all of whom we’re incredibly excited by), producing films with three first-time documentarians (all who are off shooting in different parts of the globe) and developing a number of young directors through our commercial roster.

It’s hard to beat the feeling when you receive a piece of work that you instantly recognise is unique and original.

8. You were a participant yourself in 2015. How did the Inside Pictures programme help you?

Neither Mike or I had ever worked in another film organisation before we started Archer’s Mark in our mid twenties. We’ve been building the business independently since then so in some sense our collective experience was limited to the films we’d made together under the AM banner.

IP provided a great opportunity to broaden our collective knowledge base, explore the mechanics of producing films at higher budgets and build a better understanding of how other film businesses work.

I was particularly interested to learn more about growing a film business, so took a great deal from the cases studies presented in Module 3.

9. What advice would you give someone looking to apply for the Inside Pictures programme in 2018?

The best advice I could give would be to know exactly what you want out of the course before you apply. There is a huge amount of information to consume and I think everyone who attends the course finds it tricky, at some point, to balance their existing job with the busy schedule. So it definitely helps to have a very specific objective that you’re working towards.

A lot. We have a number of scripts in development, at least two of which we hope will go into production this year. We also have four feature docs at various stages of production, including Peter & James’ follow-up to Notes on Blindness. A couple of these are stories that we’ve been following for several years, so it’s exciting to feel like they may be inching towards a place where we’re ready to put them out into the world.

Beyond that we’re strengthening the commercial team and looking at a number of opportunities to expand the business into new territories beyond the UK.