As both the year and the 2016 edition of Inside Pictures draw to a close, we are very pleased to bring you the latest round up of our Alumni News. The Inside Pictures team would like to thank all our speakers past and present, our brilliant alumni and of course, our instrumental funders and sponsors. To everyone, we’d like to wish you a very Happy Christmas and every success for the New Year. We look forward to seeing you in 2017! 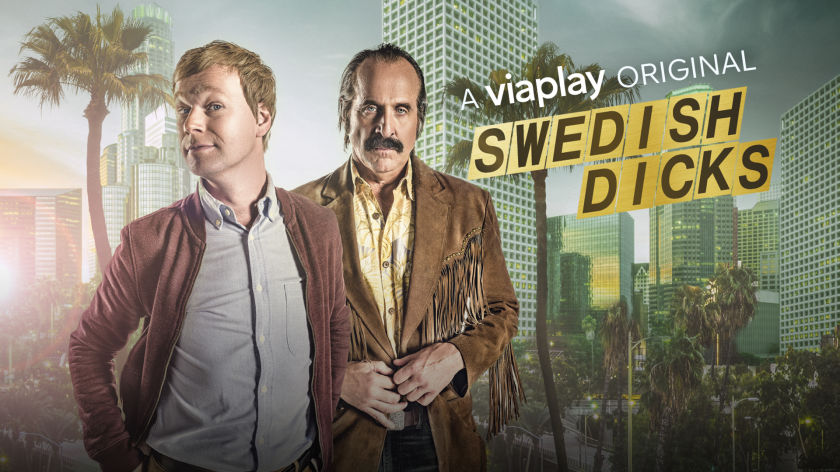 – Helena Danielsson (Class of 2014, Sweden) has landed a deal with Lionsgate for an original comedy series called “Swedish Dicks”. Commissioned by Viaplay, “Swedish Dicks” marks the first Nordic title to be distributed worldwide by Lionsgate. The Swedish-American series is expected to premiere in the U.S. early next year and Viaplay and Lionsgate have already confirmed a second season, shooting summer 2017. Read more.

– Claire Mundell (Class of 2014, UK) has secured the film and TV rights to Graeme Macrae Burnet’s period crime thriller HIS BLOODY PROJECT. The novel was shortlisted for the UK’s prestigious Man Booker Prize this year. Synchronicity, headed by Mundell, is developing it as a series with broadcast partner discussions underway. Read more.

– NBC Universal/SyFy have ordered a pilot for THE MACHINE – a series based on the cult film of the same name, produced by current Inside Pictures participant, John Giwa-Amu (Class of 2016, UK). Read more.

THE CHILDHOOD OF A LEADER (Dir: Brady Corbet), Helena Danielsson

– CHILDHOOD OF A LEADER, produced by Helena Danielsson, has received nominations for Best First Feature and Best Cinematography at the 2017 Spirit Awards. Read more.– Raymond van der Kaaij (Class of 2013, The Netherlands) and Revolver Amsterdam will premiere two films at the Sundance Film Festival 2017: DON’T SWALLOW MY HEART, ALLIGATOR GIRL! – Felipe Bragança’s debut as a solo feature film director following previous successes in Cannes and Berlin – and I DREAM IN ANOTHER LANGUAGE, winner of the prestigious Sundance-Mahindra Global Filmmaking Award and directed Ernesto Contreras whose debut ‘Blue Eyelids’ was selected for the Cannes Film Festival as well as the 2008 Sundance Film Festival, where it won the Special Jury Award. Read more.

– Michelle Stein (Eastwood) (Class of 2012, UK) and her company ESCAPE FILMS were the proud recipient of a BFI Vision Award this year. Michelle is also currently producing an animation that is one of three projects chosen by the BFI and Aardman as part of a new Development Lab that BFI have put £1million of funding behind. Read more.