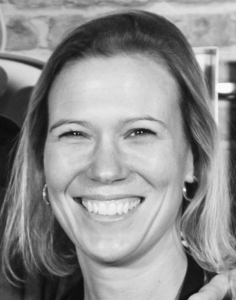 Whilst running the company, Anna also Exec Produced campaigns for Romain Gavras, Gus Van Sant, and was instrumental in signing BAFTA nominated director collective Misfits. She was also the EP on a dual-track art film/music video for Kanye West directed by Oscar winner Steve McQueen which was installed at LACMA museum of art and premiered at the Louis Vuitton Foundation in Paris 2016.

In 2016 Anna was the leading Executive Producer on the experimental stereoscopic black & white feature documentary film ‘One More Time With Feeling’ featuring musician and artist Nick Cave, directed by Hollywood A Lister Andrew Dominik; the film studies the grief of the Cave family in the wake of the death of their son – it was nominated for a Grammy 2018 for ‘Best Music Film’, was voted ‘Film of The Year 2016’ by Mojo Magazine and had its global premiere at the 73rd Venice Film Festival.

Most recently Anna produced the BBC2 groundbreaking TV series, ‘Black is The New Black’ directed by photography expert Simon Frederick, portraits from which are now featuring in a National Portrait Gallery display, having gone live in October 2018, and being the first all black portrait acquisition that the NPG has made.

Before joining Iconoclast, Anna was the Co Producer and line producer of her debut indy feature ‘Set The Thames on Fire’ which was released on iTunes and DVD in September 2016 to critical acclaim.

The film was directed by Ben Charles Edwards and starred Noel Fielding, Sadie Frost and Sally Philips and premiered at the Palm Springs Film Festival 2016.

Anna has previously held other senior level production roles at world renowned production companies producing some of the most successful advertising campaigns and music videos to date, including Executive Producer at Pulse Films, Executive Producer at Caviar (London); Deputy Head of Production at Stink (voted most successful global Commercials production company 2007-2013), as well as Head of Production at Flynn Productions (most prolific UK music video company of its time) where she cut her teeth with management of many huge UK music videos in early 2000s.

Anna has the current honour being one of 25 advertising industry leaders to sit on the Advertising Producers Association council.

What attracted you to Inside pictures? What is your impression of the programme so far?

I was attracted by the future opportunity of cross pollination, and hopeful collaborations between the individuals attending the course. The people on Inside Pictures are all incredibly senior and acknowledged at their respective roles and being surrounded by like-minded people with the desires to expand their knowledge and expertise outside of their day-to-day skillset is refreshing and a sign of future success. The course has provided invaluable insight into the machinations of the film industry so far, and the experience goes from strength to strength!

What is Iconoclast in a nutshell? What’s your mission? Your USP?

We are a 360º production company who create culture through the films we make and the stories we tell. Our directors don’t follow trends, but set them, and we aim to deliver the most impactful content across all platforms, whether that be short form, long form, or TV

You have and still work across various creative industries, how do advertising, film and TV compare? What are the bits you like best and least about each of them?

Yes, I’ve been lucky to straddle advertising, music videos, shorts, to features, to TV – each medium having its own quirks and specific ways of working. I love the quick fire high octane nature of advertising, the creativity of independent feature film making and music videos, and the extented narrative arcs of TV series… When comparing each medium the biggest variables are Budget vs Time spent.

When your work with TV or film projects, how does your advertising background play into it, if at all? How important is branding for TV and film

Brands/advertising can offer funding opportunities that sit outside the traditional independent or studio models. Many brands aim to be associated with, or to own part of, the changing cultural landscape, so partnering or facilitating content we produce is vital or attractive to them to access audiences they may normally not be able to reach. A brand can ‘present’ a piece of long form content but be a silent partner (i.e. doesn’t have anything to do with product placement!) but becomes the ultimate vehicle for that story to be made without challenging the credibility of the film.

What I am able to transfer into films from advertising is the experience and knowledge of working with the prolific directorial talent and crew we represent or use. Having endless on set experience with A list directors in advertising with super star Heads of Departments and DOPs, means I have formed relationships and a shorthand with these individuals, so when making a feature we have already been in the trenches together and the trust is there.

Branding for TV or film is important in that a company, or broadcaster needs to live and breathe their brand. If you look at say Working Title, BBC, Film 4 you can see clearly that they conform to their brands values, tastes and aspirations clearly. Its hugely important to have an ethos and output that people respond to that is consistent

What can the film (and TV) industry learn from advertising?

That it is really possible to tell an incredibly impactful story in a short period of time! Classic adverts tell meaningful and emotional narratives often in under a minute, so we could lean on that construct when telling longer form films – we don’t ned to over complicate the film.

The advertising industry is still very much dominated by male directors, do you see this changing anytime soon?

Yes absolutely. At the APA (Advertising Producers Association), which I am a council member of, we implement new, or support existing initiatives which mean that female directors are having a spotlight shone on them. In advertising the standard is to have 3-way bid, and one particular movement ‘Free The Bid’s aims is to ensure that a female director is included on every pitch. We are fortunately lucky to represent some amazing female talent – and who are willing to talk back and promote the growth of female talent within the industry. Sarah Gavron did just that at a recent event with us for advertising creatives and execs called The Female Lens.

Do you try to spread yourself evenly across the media when you look at your company slate, or is the spread random depending on what you come across in a particular year? When you choose a project what is key for you?

The commercial sector of the industry is our main bread and butter in terms of productions and turn over, but by reinvesting through this we are able to enjoy the freedom to develop other longer form projects.

The key productions that are key to our slate are led by our auteur directors, so has been more case by case historically, however our aim for the London office in 2020 is to have a strategic slate which not only will future our talent’s careers in this market, but also resonate on a global scale

What are you working on at the moment? What’s coming up you are most excited about?

In the UK office we are pitching some amazing advertising projects with our hero Talent – Romain Gavras, some huge music videos for massive UK bands like Coldplay, we are in development with some of our emerging talent on a feature for the BBC, and at 1st draft stage on a feature by artist and musician Yoann Lemoine.