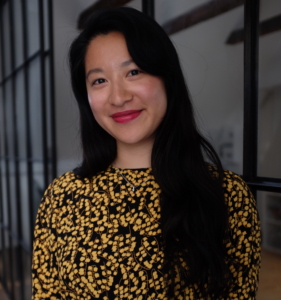 Debra is Head of Sales at Copenhagen based International Sales Agent and Aggregation Company LevelK. Her focus is on worldwide sales and acquisitions of their slate, negotiating deals with distributors and shepherds these deals from contracting through to the films’ international festival launch, marketing, delivery and release.

Debra relocated from Adelaide, Australia in 2017 when she was the recipient of the Screen Australia: Gender Matters – Brilliant Careers initiative where she was afforded the opportunity to develop skills within International Sales and Distribution. Prior to this, Debra began her career in film music supervising/licensing for film on titles such as the Berlin and Sundance award winning Australian title 52 TUESDAYS. She then moved into production where she worked with long-time mentor Julie Ryan of Cyan Films (TEN CANOES, RED DOG) on SCARE CAMPAIGN and HOTEL MUMBAI. During this time, Debra also freelanced on multiple live action features, animation projects and produced several short films (live action, virtual reality).

In 2018, Debra was selected as one of 10 international film executives to take part in the Locarno Industry Academy helping young professionals develop further and extend their network. During her career she also undertook a mentorship funded by the South Australian Film Corporation with seasoned film executive and now Managing Director of Aquarius Films, Rachel Okine for ongoing development.

I took part in the Locarno Industry Academy in 2018, it was much shorter, but a similar kind of structure to IP: guest speakers talking to the group of young film executives; and case studies to dissect. I think the intensity of these kinds of programs creates a strong bond between the group and that is invaluable. The kind of discussions and questions that peers bring up can blow your mind at times, so I find it to be such a productive way to find the best inspiration and develop new practices in the industry.

I’ve had experience in music supervision and production prior to international sales, but I still felt I needed a deeper understanding of how the rest of the puzzle completely fits together. Most of this kind of information isn’t readily available. You only tend to gain knowledge within the industry from either experiencing it first hand or speaking to your peers. IP gives me the opportunity to grow in that respect.

I’ve also had a few friends who have done IP and they couldn’t speak more highly of the program.

How has IP informed you during COVID?

Everyone’s learning to adapt and innovate together. Ironically, I think it’s an important time to do IP. It’ll be interesting to see what new thinking comes out of all the discussions and our projects. Potentially the whole model of which we operate as an industry could change due to COVID.

How can filmmakers and sales agents get the best out of their work together?

A lot of the time there feels like that is a lack of understanding on how best filmmakers and sales agents can best work together in the independent space.

Producers should be clear regarding the vision and the audience for their film, and find a fitting sales agent that caters to that exact need. For example, if you make a horror film, find a sales agent who has the best strategy to launch your film at an A list genre film festival (such as TIFF midnight madness, Sitges) and has strong relationships with genre distributors/platforms to target your film to.

On the sales agent side, if you understand how a producer works, what demands are on them and can be flexible in terms of materials, delivery and manage expectations of what can actually be delivered and discuss market changes and realistic expectations of the sales estimates – an open dialogue can make for a wonderful cooperation.

For example, if we come on board a project early, say during pre-production, I can make sure producers hire an experienced stills photographer to deliver key marketing material, or start thinking about creating a teaser to launch at a market for pre-sales and the delivery of the film in terms of key film festival dates. It’s essential for both the producer and the sales agent to agree, up front, a process for producing all the materials needed to support the selling of the film so it has potential to be sold to the world.

How do you select independent films to sell?

In terms of the indie space I work in at LevelK, we ultimately are searching for edgy and original films – every title we work on has some kind of universal theme that connects to us, as humans (no matter which part of the world we are from) to each other. That’s the reason why I love working in this space. It’s about an anthropological interest in why humans are the way that they are. And I think film is often the perfect medium to tell these stories. When I look for new projects for LevelK, it always has to have some kind of significance where it’s like, okay, that got to my heart: made me laugh, made me cry or has an extremely important message socially, politically that connects to the wider audience whether it be a family title, animation, a psychological thriller or arthouse drama.

We want to work with producers we can develop long term relationships with and also be able to support first time feature filmmakers with vision and talent.

It’s been an interesting period because LevelK is not just a sales agent, we’re also an aggregator. In terms of that, especially during lockdown we saw the numbers for the titles we aggregate for on EST, TVOD, SVOD going up as everyone was at home watching content on digital platforms.

Not being able to attend film festivals has led to fewer opportunities for traditional launches for our key films this year. For example, TIFF had a lot less in their programme than they would normally. For example, one of our key titles of 2020, TOVE, the biopic of Tove Jansson – creator of the Moomins launched at TIFF Selects – still garnered incredible reviews online at Screendaily and Variety. However, you just can’t generate hype when there is physically no crowd and press present. It’s definitely been a year where we’ve had to think outside of the box as to how we reach distributors and get their attention, but it’s been a welcomed change and time for innovative growth. We’ve still noticed a healthy market for buyers and sellers, with obvious risk management in regard of theatrical launches though.

What do you see as the lasting effects of COVID over the medium to long term for LevelK?

I said this in the course to the other participants. I feel traditional sales agents that haven’t started to diversify, they’re going to be in trouble. These days, you see more and more often that a sales agent is also a financier or a producer; or a distributor. So, the way in which LevelK has diversified is by doing aggregation and we’ve also expanded into financing and co-producing. LevelK has been shifting with market changes and COVID is another factor we have to include when making future business decisions.

COVID has postponed a few of our projects. Therefore, sales strategies have changed in terms of which festival we would launch at – for example Sundance or Berlinale. The closer we get to the start of the 2021 festival cycle, the likelihood of more hybrid or digital versions remains high, which will mean adapting to a digital market will need to continue. It’s not ideal, but we’ll have to keep innovating in response to these changes.

Reaching distributors to help them reach their audiences in each key territory remains a priority for LevelK.

I think festivals have really stepped it up in terms of how they deliver an online festival/market. For example, from what I heard, Karlovy Vary delivered exceptionally high standard of what an online market can be to present work in progress pitches. It shows how creative the film industry can be that we no longer all have to be in the same place, at the same time, to do business.

I do think COVID’s given us a big opportunity to change the way that we do things. After this over, we’re probably going to travel a lot less – that feels like we’ll help save the planet just a tiny bit. I was thinking about 2019 how I was travelling at least once a month. So, to not have to do that and find a happy medium to attend key markets and festivals would be the dream.

How do you think your government has done well or could do better to help the film industry during the COVID?

In terms of living in Denmark, we were one of the first countries to close our borders in response to the pandemic. Consequently, we also opened up a lot quicker than most and film/TV productions could restart (with COVID measures in place). In addition, the government here has been very supportive of businesses.

Back in Australia it seems like Screen Australia has created Budget Support Funds as well as a AUD$50m Temporary Interruption Fund that aims to support local productions that were halted by insurers not providing coverage for COVID. I know a lot of my friends who work in production, back in Australia, have been finding it tough (especially in the state of Victoria) and I really hope to see them bounce back on their feet soon.

My most recent discovery, that I absolutely adored is the series I MAY DESTROY YOU.

I’ve also been obsessed with Jacques Demy musicals. Two in particular: THE UMBRELLAS OF CHERBOURG (1964) and YOUNG GIRLS OF ROCHEFORT (1967).