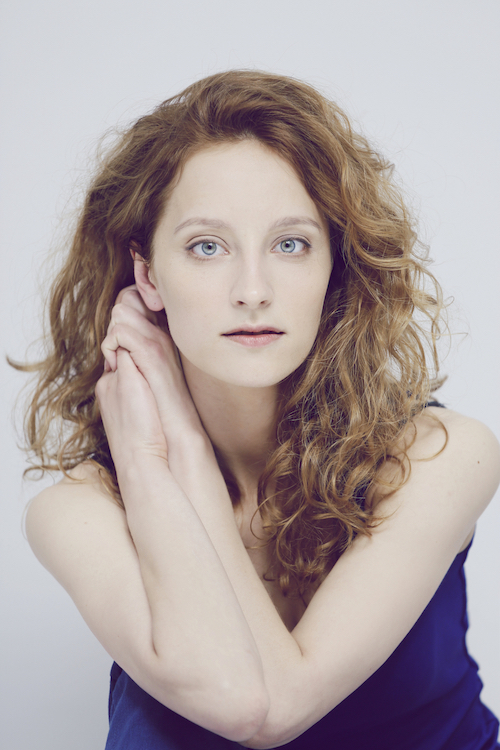 Gabija Siurbyte started work as production assistant and worked her way up the ladder in the AD’s department. Having studied business and law, she felt passionate about filmmaking and opened production company Dansu (together with director Ernestas Jankauskas) in 2008.  Dansu has grown from 2 employees to 10 and is now one of the leading production companies in Lithuania producing commercials, films and TV series, creating own content and providing production services.  Dansu stands for quality in pre-production and production; following every step and creating new structures to help ensure smooth creative process without budget excess.

In her role at Dansu, Gabija is responsible for searching and developing film and TV projects and over-seeing the company’s structure and finance. Gabija is currently working on Ernestas Jankauskas’ dark fairy tale JELLYFISH IN THE MOON; feature length documentary about Lithuanian hustler in Amazon jungles ALEXANDER THE GREAT by Vytautas Puidokas, short genre film developed at Berlinale Short Film Station by director Jonas Trukanas WHEN THE LIGHTS GO OUT and social drama about adoption KID WITH WARRANTY written by up coming script writer Birute Kapustinskaite.

Gabija is active in non-governmental work, she is a member of the board of The Independent Producers Association of Lithuania and a member of a board of Swedish Chamber of Commerce in Lithuania. Gabija also took part in EAVE+, Producers Network and Berlinale Talents Campus.

The knowledge I’m gaining is unbelievable. It is one of the best programmes I have ever done in my life. It is not only about learning new things but also about being inspired. I am being very honest – it is a life-changing experience for any producer.

2. You’re currently working on a feature length documentary, ALEXANDER THE GREAT, can you tell us a little about how this project came to you at Dansu?

The project is in collaboration with young Lithuanian producers. They developed and filmed the project earlier and they came asking for some advice afterwards. I just decided to join, as I loved the idea.

It’s an amazing project telling the story about a Lithuanian who appeared in the Western Amazonian jungle of Brazil in the early 1960s. There, the European aristocrat, missionary, philanthropist and doctor Alexander Bendoraitis, quickly became a local success. He established a boat-clinic network, the first jungle radio, started the pacification of local indigenous tribes and built the most modern hospital in the Amazon. People would walk a thousand kilometres to be healed by the famous Padre Medico and his loyal supporters from Europe compared him to Mother Theresa.

3. You’ve overseen the growth on Dansu over the years since it launched in 2008. What advice do you wish you’d been given when starting out?

Don’t be afraid to risk everything for projects you believe in. The worst-case scenario? You might fail but can always start anew.

I am working on a sensitive feature film entitled SASHA WAS HERE, about adoption. I strongly believe the film will reach audiences and will touch people’s hearts. Also, I am re-structuring my company.

The vibe. And learning, not only about others, but about myself.