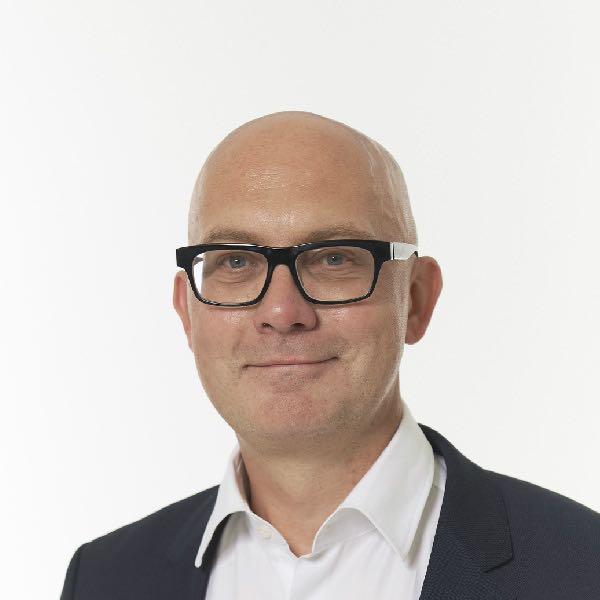 Gints Grube is the CEO and producer of the film company Mistrus Media, based in Latvia. He holds a degree in philosophy and political science from the University of Latvia and has a diverse work experience in the media. Since founding Mistrus Media, one of the leading Latvian film companies, he has been involved in producing award winning films such as the documentaries:  ESCAPING RIGA by Davis Simanis, OVER THE ROADS, OVER THE RIVER by Sergey Losnitsa, Ivars Seleckis, Jon Bang Karslen, Jaak Kilmi and TO BE CONTINUED (2018) by Ivars Sleckis. In addition, he’s produced two award winning feature dramas: THE CHRONICLES OF MELANIE by Viestur Kairish and THE MOVER by Davis Simanis. He is also the co-director and producer of the upcoming documentary MY FATHER THE SPY.

I’ve worked as a film producer since 2008. Everything I’ve learned to date, since studying a political science/philosophy degree, has been based on my own experiences making films, scriptwriting and working in television.

The growth of my company had been quite rapid in the last five years – releasing feature films and documentaries, building co-productions and providing film services to productions coming to Latvia. I knew I needed to expand my business knowledge and understanding. I felt that Inside Pictures was the best programme for me, and my company’s needs.

I think the greatest impact has been spending time with the other participants. The biggest things you can learn come from other people. There’s nothing better than sharing and hearing about the mistakes and success stories of others to further your own understanding of the challenges ahead.

In particular, I would say, for the European producers, like me, we are well versed in how to work with soft money. We are not always as effective at attracting hard money to our projects. From that point of view, Inside Pictures has been very good course in introducing me to different aspects of, and the potential opportunities for, film financing that is out there.

What could you say to encourage other Latvian filmmaker to participate on Inside Pictures?

Not only Latvian, I’ve already talked to some Slovenian and Estonian film producers about Inside Pictures. I would say it is next level for personal and professional growth.

I am regularly travelling to: pitching forums, co-production workshops, film markets etc. There is a need, from time-to-time, to look at what you are doing and how the wider film industry is evolving. When you’re always on the go, it’s easy to lose sight of the bigger picture. I think Inside Pictures helps give you a sense of whole industry.

If film companies from smaller countries, like Latvia, are to grow, the challenge is to make bigger budget films. The solution to this problem is to find good co-production partners and aim to make films that are not only financially bigger, but also bigger content too. The potential for those projects to be realised is based mostly on business relationships. Inside Pictures is a great forum for finding new people, or links to new people, from other countries you can co-produce with in the future.

Since releasing ESCAPING RIGA (2014), what do you feel are the new challenges you face as a producer now, that maybe didn’t exist five years ago?

The biggest challenge is how to make bigger films. No just in budgetary terms. I need to think beyond my local market and not to think about filmmaking success as being limited to make a film, aim to premiere at an A-List festival, find a sales agent and hope to find a wider audience.

At the moment I’m working on an animation feature, which is part of my Inside Pictures project. The challenge of developing a bigger film, whether it is live action or animation, has been in trying to understand how to position the film and the film language we use so we can find investors and/or production partners that share our ambitions for it. As a result of these considerations, we have come up with children’s animated feature film.

How important is a film festival run for a Mistrus Media film, or Latvian cinema in general?

To date, our films have travelled well. Not only Mistrus Media films, but other Latvian films. Of course, a premiere at an A-List film festival is a good result in itself.

However, film festivals are not just about travelling to new places. They are an investment in your next film. When you are there, who you meet is just as important as the film’s screening: previous partners, or next partners, investors et al. Your film and your presence is an opportunity to grow the reputation of your company and what you’re producing.

10 years ago, my film – SOUNDS UNDER THE SUN – premiered at DOK Leipzig, the next film – ESCAPING RIGA – was International Documentary Filmfestival Amsterdam (IDFA) and then there was the co-production event in Prague with MY FATHER, THE SPY and so on. Accumulatively, all these festivals helped us build our image, ideas for our next projects, and how they must be presented internationally. You may think you’re producing local stories, but the local stories you choose will be consciously (or sub-consciously) influenced by the international appeal you can now see in projects thanks to an ongoing appreciation and understanding of what and how films are received around the world.

Which of your projects are you most excited about?

THE MOVER, directed by Dāvis Sīmanis, is a World War II drama based on a real historical figure – Žanis Lipke – who helped save dozens of Jewish people from the Nazis. I would say it’s the Latvian SCHINDLER’S LIST. It was nominated from Latvia for the Best Foreign Language Film category at the Oscars.

We are also distributing a historical spy documentary – MY FATHER THE SPY. In June 2019, it premiered Sheffield Doc/Fest and at the moment it’s in the distribution process. Mistrus Media is really involved, from organising to presenting it. The film has great potential to reach a wider audience.

As minority producers we are waiting for the world premiere of the next film by Sharunas Bartas – AU CREPUSCULE (aka DUSK). It is a co-production with Latvia, France, Lithuania and Serbia.

We are waiting for the next Aleksei Uchitel feature film – 47 – to be finalised. This Russia/Latvia co-production was shot in Riga last year about 1990s Latvia.

Finally, we started work on new feature called JANUARY with the very experienced Latvian film director Viestur Kairish. JANUARY is the story of January 1991 – a turning point in Latvian and Baltics history, and the year the Soviet Union collapsed. It is already a co-production that includes Poland, and we are waiting on answers from another co-production partner in Lithuania. Please note we are looking to find other co-production partners for this film.

Medium term, what are some of your wider aims and ambitions for Mistrus Media’s slate?

We are interested in being involved with bigger productions. Not only on co-productions, but also to work more with international talent: scriptwriters, directors, directors of photography et al.

We really want to grow our service production side of the business, and to be minority co-production partners for film projects from abroad. Latvia’s cash rebate system makes us a good partner for international crews coming to the country to shoot. We are working hard, at the moment, towards this strategy.

What film(s) from the last decade did you go and see and think, damn, I wish I produced that?

When I watch films, I always want to just enjoy them first.  If I’m thinking too much about the production aspects, there is usually something wrong with the film. Afterwards, I think about every film from a production perspective – would it be a film for me, or not? What did they get right, or wrong?

Storywise, THE SQUARE was a very interesting film from Sweden.  Another fantastic – Swedish – film was BORDER. It features the brilliant Finnish actor, Eero Milonoff, who we’re working with on a new project.

If you were in charge of Latvia’s national film policy, what would you advise the government to do to ensure more people across the globe saw Latvian cinema?

I think the Latvian film industry is in very good shape. One of the main reasons is the strategic investment made during Latvia’s one hundred years anniversary celebrations. Additional funding of €9 million helped produce more than 16 different films last year alone.

What else could they do? Of course the simple answer is more investment in film. The more funding that’s dedicated to film development and production, the more we develop the Latvian film industry to be more competitive on a the international stage.

Since the 60s or 70s, there’s been wide recognition in documentary filmmaking from Latvia and it is still very strong to this day. Our documentaries are regularly presented at the biggest documentary film festivals.

In recently years, Latvia has started to gain a good reputation as co-production partners on fictional features too. All last year’s co-productions, with Latvia, were presented at A-List film festivals around the world. I think providing more financial support for this kind of work could be an effective way for our national film policy could go.