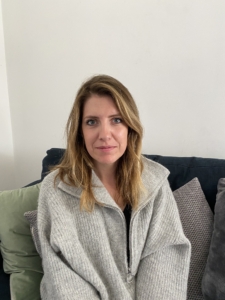 Laura Pettitt has been a successful film and entertainment publicist for 14 years. During this time, she has run theatrical and unit publicity for the UK’s biggest distributors and production companies including Universal Pictures, Warner Bros, Lionsgate, Disney, Pathe, eOne, Vertigo and STUDIOCANAL. Her work has also included creating and implementing communication strategies for international junkets through to key industry events and festivals.

Laura has started developing a slate of film and TV projects to co-produce. Ella Street Productions development slate includes a feature film project with writer/director Caroline Bartleet who won the 2016 BAFTA Short Film Award, a pre-teen book adaptation of Tom Ellen and Lucy Ivison’s NEVER EVERS, an adventure comedy which she is developing with Joy Gharoro-Akpojotor and a (currently untitled) feature script based on her own original idea and treatment.

These days I mostly work independently, and many clients have become really good friends, but they are still clients. I really wanted to be part of a network that I could tap into without feeling like I was constantly going to my client base – that was key to me.

I have a bit of a knowledge gap when it comes to the finance and legal side of productions. So, what I’ve learnt in the first module alone has already proved to be invaluable and is helping me move along the projects on my own ESP slate.

How has coming together with 20 people on IP helped/informed you as we all navigate the effects of COVID?

It’s been nice to hear what everyone else is going through. Which in turn has meant that I haven’t felt so isolated. It would be very easy to have felt out of the industry during the lockdown, but starting IP gave me focus and professional purpose at a time when I was knee-deep in home-schooling my 6-year-old and looking after a thrill-seeking toddler! To say I needed it would be an understatement.

It was great to get the immediate reactions to COVID from some of the guest speakers. None of them had really had the time to give it much consideration, so you are getting a very authentic view of what’s going on right now and what they think is going to happen in the future.

You’ve a career in film publicity that spans 14 years… What are some of the most notable changes you’ve witnessed over that time?

It was a lot simpler 14 years ago. I remember cutting out magazine/newspaper coverage with a scalpel and a ruler to create coverage books for clients. When I first started out at Freud’s it felt like it was theatrical or nothing; straight to DVD was ignored. I think watching films only available at home is no longer an indication it’s a B-movie. Slowly, but surely, and perhaps accelerated by the pandemic, it’s increasingly acceptable that quality films don’t need a theatrical release.

Your media strategy felt simpler back then too. You would start by trying to secure a monthly magazine cover. Failing that you would chase a feature, a review and so on. And then move down to supplements, dailies and broadcast. With the decimation of the publishing industry those opportunities are harder to come by, magazines are always under threat and budgets to shoot talent and do bigger features are tighter than ever. Email has also meant the journalists can hide away and never have to really engage with you. I’m lucky that the film journalists haven’t changed too much but on the whole the face to face and friendly calls we used to have feel like a thing of the past. That is why I love a set visit so much – I get to spend hours getting to know the journalist and what kind of things they like to write about, get a real sense of how we can best work together.

And finally there has been the introduction of social media, which I like to call the publicist’s nemesis! Things are changing constantly, with lines being blurred between talent/influencers/media and content creators…there is a lot to keep up with but I make it my job to always be on the front foot.

A fair publicity budget that fits with the scale of your overall film budget, which allows you to hire the right suppliers. The amount of times I’ve been told:

“We really want to spend all the money we’ve got on the screen.”

Nowadays if a production doesn’t have the appropriate publicity budget I don’t often do the job as ultimately the terrible results of their mate’s photography only reflects badly on you. I think some of the problem stems from the producers themselves not fully understanding what these materials will be used for further down the line.

I feel like I have a huge advantage at this stage as I spent many years of my career also working on theatrical and home entertainment release campaigns. I have worked with those assets and seen the value they bring when we are communicating with audiences and trying to drive purchase to view.

A really good example is from the unit campaign for THE TWO FACES OF JANUARY (2014). While I was on set, they were about to start a props sale – selling off all this these amazing props: 1960s suitcases and cameras. I could see a great opportunity in using some of these items for prizes, or journalist gifts. I spoke to the Head of Publicity at STUDIOCANAL (who tirelessly goes above and beyond for her films) and she agreed, we shipped them over to the home entertainment team who were delighted, and surprised it had even been considered. Often you are the lone voice on set going, let’s think about beyond today – because no one else can quite rightly give that the headspace while the camera is rolling.

You’re developing a small slate of film and TV projects. How is that going?

It’s going pretty well. When I decided to develop my own projects, I met with 20 clients – ranging from producers, directors and writers. Bafta winning Producer Damian Jones (THE LADY IN THE VAN, 2015) gave me this advice: If you can, write something. And if you can write, write something that you know. That led to me drafting a treatment, which we now have a very exciting screenwriter attached to. It is the stuff of dreams to collaborate with her and hear her take on it.

I’ve always thought that the producers and publicists deal with similar issues. We are constantly managing different people and anticipating a variety of needs with one goal in mind – overall success for the film. Fingers crossed it goes well, 2021 is the year I hope to push at least one of them over the line.

I was in Morocco, doing a unit publicity job just before the lockdown began. I got on a flight to come back to the UK. At the first stop while we changed planes, half my workload for the next three months had already been cancelled. And by the time I arrived in the UK, the next three months of work had been cancelled too. It’s been a really ugly 2020, work wise, because of COVID.

Positives are my mother guilt is non-existent, which is a goal I never thought achievable – long may it last! Like many others, there’s been more time for development. I should have four scripts ready to package by December 2020. There’s no way I would have been in that situation, had this been a normal year. So… positives and negatives. In recent weeks things have started to improve and I’m very happy to report that I am now working on a handful of projects and things are starting to feel a lot more hopeful.

What lasting effects mean you – a comms agency – need to change medium/long term visions and aims?

I was hoping over the next five years to get to a 50% publicity work and 50% production split – which producers told me was ridiculous. They said if I want to be a producer, I should do that 100%, but I’d love to be able to do both, I really would. I need the equilibrium of it all to balance me out. What appeals to me about doing both roles is:

I appreciate that I am saying this having not actually experienced the production part of any of my slate. So currently just taking things day by day and being flexible to the needs in front of me is the mantra.

What’s been the most innovative film industry change in response to COVID?

When I returned to my first post-lockdown set, I was impressed by how adaptable everybody is in a crew. The whole COVID compliant set up was like they’d been doing it this way for the last 10 years.

How well do you think your government has served the film industry and/or keep film/tv production going during the COVID?

The film insurance fund is a huge win, but I, like many of my peers, was surprised that company directors have received no support from the government at all.

Longer term, I’d really like to see more support from industry bodies for women. Especially trying to help make it easier for mothers to return to work in production. That is change I want to be a part of. I feel the way this industry is set up is so against any kind of family life. I admire what Raising Films do, but I can’t see enough changes being implemented. We have to find a way to improve this aspect of the film industry. We cannot say mothers are not suitable for film sets. It may well end up being a life’s work trying to make any dent in this because it will cost more money, but women have got to support each other.

GET SHORTY, the TV series. It is amazing… The writing is incredible.