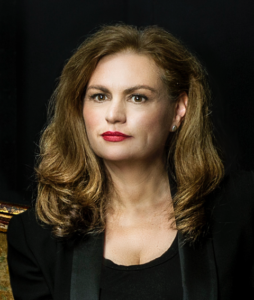 Leanne is an advocate for Gender Equality and Diversity in the entertainment industry and a producer of engaging content with a focus on female audiences worldwide.

Leanne is producing THE CIRCUS, Emma Freeman’s debut feature written by Alice Bell with development assistance from Screen Australia & Film Victoria, and adaptations of THE SECRET LIVES OF DRESSES, TIGRESS and THE WEDDING SEASON.

Without question it is the program’s potential for international connections and its focus on film financing.  There are so few opportunities in Australia for independent producers to access the most up to date intel on the worldwide financing space.  Inside Pictures provides unparalleled first hand access to many of the worlds acquisition and co-production executives.  Film markets and conferences are a great introduction, but usually don’t provide much time to engage with these people.  Inside Pictures enables engagement and interaction at a deeper level, and this will undoubtedly lead to better opportunities for my projects and those filmmakers I am working with.

What aspect of the Inside Pictures has had the greatest impact on you so far?

The camaraderie of the participants and alumni is remarkable.  I feel extraordinarily lucky to have been chosen to become part of this exceptional group of dynamic and successful filmmakers. We have shared insights and war stories in a very open and collegiate fashion and this generosity and honesty has made the process a very emotional and life changing experience for me.

What could you say to encourage other Australian film professionals to participate in Inside Pictures?

Inside Pictures is an incomparable opportunity to simultaneously learn about, and position yourself, within the international screen industry.  It’s also a great place to explore potential co-productions and business partnerships.

Tell us about your involvement in the Melbourne Women In Film Festival.

I am a founding board member of the Melbourne Women in Film Festival.  Our organisation aims to give – particularly younger – female filmmakers (directors, writers, editors, cinematographers et al) a festival opportunity to share their films and engage with audiences.  Since its inception the program has grown to include features and shorts, a film critics lab and workshops for students to engage with the established screen industry.

As an advocate for Gender Equality and Diversity in the entertainment industry, what are some of the big improvements/progress made in the 21st century’s first two decades?

A number of initiatives have been established by screen agencies to assist in correcting the gender imbalance.  Screen Australia’s Gender Matters program, Create NSW’s 50:50 by 2020 initiative and Film Victoria’s Women in Leadership Development (WILD) have all contributed to an increase in the number of female key creatives in the Australian screen industry. As a result, there’s been a distinct increase in women working in television, and the online sector, but sadly it hasn’t impacted feature film to the same degree.

What are the main Gender Equality and Diversity priorities for the industry going into the 3rd decade of the 21st century?

It’s tricky. I realise it’s a challenging time for film financing in general; and there is a tendency to mitigate risks and not take chances on new voices or bold ideas.  We need to give these new voices more support in spite of any perceived risk, and we also need to give them real budgets and not just confine them to making online or television content.  By reducing the investment we make in these filmmakers, we make it harder for them to succeed so in effect we’re setting them up to fail.  And if they do fail – like many of the men who have been supported in the past  – we need to give them a second shot, just like many of their male counterparts.

You blazed a trail of major prizes – including the Web Series World Cup – for Steve Baker’s web series THIS IS DESMONDO RAY!

Yes the web festival circuit fell in love with Desmondo. It was a real labour of love for the filmmaker Steve Baker and, for me, a wonderful opportunity to work with him.  It was part live action and part animation so Steve had to storyboard the whole thing before we shot it – the total duration is around 45 mins over the 6 episodes, so it was a massive creative achievement.  It’s fabulous to see people enjoy the series and acknowledge the craft – in particular the writing and direction.

There are lots of similarities between the web series and traditional film festival circuits – they are great ways of discovering new talent and launching bold storytellers to the international stage.  Desmondo won over 50 international prizes including Toronto Webfest, Sao Paolo Webfest, Fabrique du Cinema (Italy), Seriencamp (Germany) and many prizes at home in Australia including Melbourne Webfest and Best Animation at the Australian Director’s Guild Awards.

You’re producing Emma Freeman’s debut feature, written by Alice Bell – THE CIRCUS. Where are you with that project?

We’re currently securing cast and finance for THE CIRCUS and plan to be in production in the second half of 2020.  It’s been a massive journey so far on this project and THE CIRCUS is now much more cinematic, and dramatic with far greater stakes for our characters.  The turning point was in 2017 when we began working with Alice Bell on a page one rewrite of the project, which was loosely based on Emma’s mother’s memories growing up in a remote part of South Australia and how the whole atmosphere of the town changed when the circus came to town.

You’ve been in development with THE CIRCUS for a number of years, how do you, as producer, keep yourself excited/focused during the peaks and troughs of the journey?

There are many projects that have come and gone over that time, but THE CIRCUS has always stayed with me.  Emma’s bold vision has matured and become more detailed over the years and I know the film will appeal to the older female audience which is still the largest and most loyal cinema going audience.  Emma is also one of the most experienced Australian directors with over 75 hours of TV drama under her belt. In addition, I have produced two feature films, which means we’re both ready to tell this incredible story. With Alice joining our team, and the cast who are coming on board we have an exciting talent package.

What other projects are you most excited about?

I’m developing a TV Series with Steve Baker in partnership with Stan Australia and Screen Queensland.  We also have other TV and projects in development.

I have a number of books I’m adapting – TIGRESS with writer Jane Hampson and director Leena Yadav, THE WEDDING SEASON with writer Menik Gooneratne, and THE SECRET LIVES OF DRESSES with writers Megan Simpson Huberman, writer/director Stephen Lance and director Mairi Cameron. I’m also working on an original project by Mithila Gupta, entitled SALSA MASALA and a number of other projects.

What’s the medium term view for Sense and Centsability?

We will continue to help nurture young female storytellers in film and television with a focus on creating content for female audiences, and it’s exciting stepping into the television marketplace.

What film from the last decade did you go and see and think, damn, I wish I produced that?

That’s hard to answer – I’ve loved so many films and still go to cinemas regularly.  Most recently I’ve loved MARRIAGE STORY – the Noah Baumbach film starring Scarlett Johansson and Adam Driver.  It does what I love to do as a storyteller – make people feel. I defy people to watch MARRIAGE STORY and not be moved (I sobbed at the Toronto screening).

If you were asked to advise your government, what would you say Australia needs to do to ensure more people across the globe see Australian movies…

In recent years, the federal government has put the squeeze on Screen Australia, ABC and SBS and many state agencies have also had their budgets cut.

Many screen agencies are reducing their investment in feature films, which I believe is a significant mistake.  Feature films have been the breeding ground for many of the world’s greatest directors.  A significant proportion of the great storytellers now working in television have come from cinema  – David Fincher, Jane Campion and countless others. Would Jane be the filmmaker she is today without have been given the chance to make films as unique and uncompromising as THE PIANO?

With the rise of streaming services, we’re going to be exposed to even more competition and given we share the same language, so we’re automatically competing with everything being created in the US and the UK . So for me, it’s about really supporting those bold and diverse Australian visionaries to make feature films and taking chances on them as much as is financially possible.