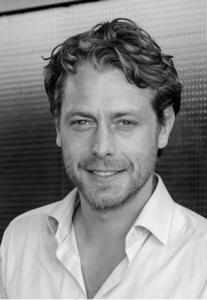 Mark was born and raised in the countryside of Holland. After he finished his secondary education Mark spent half a year on the island of Madagascar, South Africa and Kenya, working in nature conservation. Mark graduated in strategic management at the University of Utrecht and continued his education at the prestigious English drama school: London Academy of Music and Dramatic Art (LAMDA). This is where his successful acting career, in theatre, national and international TV- and film productions started. In 2008, in collaboration with the Department of Defense, he was in charge of organizing a trip to Afghanistan with ten artists, to present the Dutch soldiers there a memorable New Year’s Eve. In 2009 he left for Hawaii where he got his pilot’s license. Flying has been a passion ever since. His producing career began in 2013 by developing and financing the international film KIDNAPPING MR. HEINEKEN, with Sir Anthony Hopkins. Mark was also involved in financing the international film BOYCHOIR with Dustin Hoffman and BLUNT FORCE TRAUMA with Mickey Rourke. In 2018 Mark co-founded Levitate Film where he manages the daily business operations, controlling of legal matters and the financing of all films & series. As executive producer he was responsible for financing the €14 million production THE FORGOTTEN BATTLE, a tribute to those who helped us regain our freedom 75 years ago.

It’s international in its outlook and is considered one of the best courses out there at the moment. The selection criteria means that everyone attending has considerable experience in their particular field. Which means we get to learn from one another, as much as the course itself. I was very pleased that they accepted me. And I feel very privileged. I thought it was a good time to do a course like this, because the global pandemic is going to impact the whole of the film industry. I think Inside Pictures is good way to get a feel for where the market is now.

How has IP helped during the global pandemic?

In my cohort there are people from across the film industry and from around the globe: distributors, lawyers. other producers, marketing and exhibitors. It’s great to hear their point of view, both as a film professional and someone from another country.

How did a ‘Strategic Management’ degree lead to a post-grad at LAMDA?

I always wanted to be an actor. During my time as a student, doing strategic management, I did plays and musicals, on the side – GREASE, WEST SIDE STORY and some Shakespeare. My love of acting grew and grew from this experience. So, after I finished my degree, I applied to some drama schools in England, and LAMDA accepted me.

What prompted your move into producing?

I found acting had become a job and I feared I might lose my passion for film and TV. What I found appealing about becoming a producer, is that I get to have more control in terms of the type/range of projects I choose to be involved with. What is more, I enjoy being an entrepreneur. I like working with a team, project management and managing cash flows/budgets.

When I started out in acting, I wanted to tell stories, through the characters I might play. Now, I am developing the stories too.

How was FORGOTTEN BATTLE conceived?

It was an initiative of the Dutch Vetrean Fund (VFONDS). In 2018, they came to Levitate Film to discuss maybe making a film to celebrate the 75th Anniversary of liberation from Nazi occupation, but it had to be delivered in just two years – for a film, that’s not much time. At this stage, there was no story, let alone a script. Looking to history we knew there was a significant battle near Arnhem, but there was one in the south of Holland that caught out attention – literally known as: “The Forgotten Battle”.

The battlefield is an island, connected to the mainland by a small bridge. Very flat and therefore very Dutch. With this location, and one of the biggest battles of WW2 to recreate on film, we set about developing a script that brought together three characters who would represent the different choices people made: Mariunus is a young Dutch man, who fights for Germans, against the Dutch; Teuntje a young Dutch woman who represents the Dutch people; and William is an English fighter pilot who crashes near the battle and represents the allies.

FORGOTTEN BATTLE’s worldwide rights sold in advance to Netflix, but we retained the Dutch rights to ensure we have a theatrical release in The Netherlands. When it comes out, it will be the biggest, Dutch film to get a theatrical release in the last 10 years. When cinemas are allowed to open properly, we plan to have a major premiere here.

What’s next for FORGOTTEN BATTLE?

FORGOTTEN BATTLE is in the final phase of post-production. We had some unforeseen delays, due to COVID19, but we found new ways of working to keep FORGOTTEN BATTLE moving forward. Everything is now back on track.

The original release was scheduled for 26th November, 2020 – the 75th anniversary of the liberation of The Netherlands. Due to COVID it’s been put back to 15th April 2021. Although, that’s still very much dependent on things continuing to improve with regards to the pandemic.

What’s been the greatest impact on Levitate Film from COVID?

The biggest impact is not knowing when we can show FORGOTTEN BATTLE in Dutch movie theatres.

What could be some of the lasting effects from COVID that will change your aims and ambitions of Levitate Film?

It’s a hard question to answer at the moment. I think Minimum Guarantees could reduce. I think it is going to be harder to pull your finance together – the streamers will become even more important to making it work.

What’s the most innovative change you’ve seen in the film industry, or from a film production, in response to COVID?

We travel less, and we Zoom more. It’s encouraging to see film industry people be flexible and look for ways to keep producing movies. For example, we are shooting a new production in August 2020 called LOVE IN A BOTTLE. It is our first COVID related movie and is about two people that meet, very briefly, in an airport. The movie shows you how that relationship develops and grows via Zoom calls. It’s a very innovative idea and the director Paula van der Oest (writer of FORGOTTEN BATTLE too) wrote a great script. For us this is a positive because we’re getting to make another movie.

How do you think your government is serving/can best serve the film industry during the COVID?

It’s much harder to secure a completion bond for your films, but I think the Dutch government is working on this at the moment.

To date, the Dutch government did not forget about filmmakers. They created new ways to help us make new films. For example, there was a new pot set up, a ‘Corona’ fund, to aid the production of new films during the pandemic. So, that’s a positive.

There is also financial assistance from the government for any extra, COVID related costs.