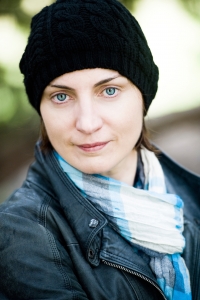 Martina Niland is lead producer and managing director of Dublin based COSMO FILMS LTD, which was founded in 2014. She has over 15 years experience in the industry and has produced such success stories as John Carney’s ONCE, which received the Oscar® for Best Original Song and went on to become a Tony award winning stage musical.

Most recently she produced SING STREET, also by Carney and starring Jack Reynor, Aidan Gillen and Maria Doyle Kennedy. Currently being released in the US by The Weinstein Company, it received widespread critical acclaim at the Sundance Film Festival where it premiered. It also won Best Supporting Actor for Jack Reynor at the Irish Film & Television Awards 2016. Martina’s other credits include THE HONEYMOONERS (2003), PAVEE LACKEEN (2005), BELONGING TO LAURA (2009), SNAP (2010), MILO (2011) GRABBERS (2011), STAY (2013), RUN & JUMP (2013).

Martina was also selected as European Film Promotions Irish Producer on the move in 2007 and she has also completed EAVE and ACE and is a member of the European Film Academy.

I have been in the film business for just over 15 years, during which time I have produced a number of feature films and co-productions, including ONCE, PAVEE LACKEEN, RUN & JUMP AND GRABBERS. However, two years ago I, and two other producers, set up COSMO FILMS LTD, of which I am lead producer and Managing Director. Our first production is the critically acclaimed SING STREET by director John Carney, which is being released by Lionsgate in Ireland and the UK and by The Weinstein Company in the US.

My focus at the moment is to grow this new company and to expand its connectivity and network on an international level, while at the same time continuing to broaden my own knowledge and experience of the Industry as a whole. So, in that sense the opportunity to apply for and participate in INSIDE PICTURES 2016 could not have come at a more opportune time for me. I am looking to gain a fresh and current understanding of where our industry is at, what the opportunities are and how to try and navigate the challenges of a constantly changing landscape and marketplace.  Having read up and spoken to some past Irish participants of the programme, I was extremely excited about the opportunity to be part of the programme, as I was certain it could provide an invaluable and holistic insight into the business I work in. The access Inside Pictures can provide to, not only other producers from around Europe and the US, but to experienced industry professionals and executives from across the various disciplines of the industry – from key decision makers and financers to distribution and sales teams –was very exciting to me. This fantastic networking opportunity, coupled with the intense workshops and seminars, made INSIDE PICTURES the perfect vehicle to help take myself as a producer and Cosmo Films as a company to the next level in the film business.

Having completed Module 1 of the programme, I have a very positive impression of the programme so far. It has delivered in providing a space for intense discussion and debate with other industry colleagues and professionals around the various aspects of the industry, from development to distribution – a 360 snapshot of where the industry finds itself today, the challenges and opportunities that exist and ways of overcoming and capitalizing on these. Also, because the number of participants is kept quite small, IP allows for meaningful engagement by all those attending and a wonderful opportunity to network and meet other industry professionals from my own and other disciplines of the industry.

Looking at your filmography you have been working with quite a few of your feature filmmakers already on their shorts and continued to be involved on most, if not all, of their features. How do you pick new talent and how do you nurture that relationship in the long term?

I guess the main way I pick new talent is by keeping an eye on who is coming through every year, who is making interesting and original short films, low budget feature films and so on. Who are the interesting, unique voices and potential big players of the future. Sometimes you can get that right, other times that doesn’t work out in the way you had hoped. It’s a constant process for a producer.

The key way to nurture that relationship when it does work is to ensure that you as the producer and the director share one key common goal – to make films that you are both passionate about making and that you both believe in whole heartedly and have a shared creative vision for. You need to be on the same team, not ‘us’ and ‘them’, which sometimes happens between ‘producers’ and ‘directors.’ A shared vision for the project needs to exist and to nurture this relationship in a meaningful way the producer and director need to work closely throughout the processes of pre-production, production, post – from developing the script to choosing the best distribution route for the film.  You become a creative team and you learn to trust each other and respect each other’s opinion. This is the only real way of making that relationship last long term and makes you want to work together again and again…

You went out on your own a few years ago. Can you tell us a little about your experience of starting your own production company? Do you have any tips for producers who are about to do the same?

Starting your own company can be a daunting undertaking. I set Cosmo Films up at a time when I knew there was a feature coming down the tracks, Sing Street, in 2014 so it gave me the assurance that there would be some funds running through the company before long.  This can be the most stressful part of running your own company – ensuring there is always cash-flow to cover the overheads etc. I worked with great lawyers and accountants when setting the company up and I would advise any one looking to set up a production company to do the same. Surround yourself with good, knowledgeable people. You don’t have to know every thing, but need to work with people who do. Once that side of it is set up in a proper way and all the legal and financial responsibilities of running a company are being taken care of you, as a producer, can focus on what you should be focused on – making great content for the marketplace!  Another tip I would give is to surround yourself with a smart, hardworking team (doesn’t have to be a big team) in the company – a development person, a head of production and an administrator at a minimum I would say. People who share the same creative ideals as you do ideally. Also, make sure you have a clear business plan for the company, what is it you want to do and be known for?  How can you carve out your niche in an overcrowded industry etc..  Try to make your company stand out for the others around you. Branding is key.

Working on financing a number of Co-Productions – one with Spain, one with the US and another with Canada.