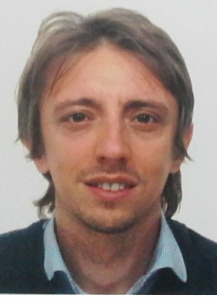 After completing studies in classic literature and communication/marketing and working in cultural events, I began working in the movie industry as a freelancer.

In 2007 I joined Officine UBU, a Milan based distribution/production company focusing on arthouse films.

During these years I took care of the release of films by award winning directors such as Michael Winterbottom, Terry Gilliam, Marjane Satrapi, Olivier Assayas and many more, including the arthouse hit MONSIEUR LAZAR.

In 2013 I joined Adler Entertainment as Head of Marketing, an Italian distribution company focusing mainly on big commercial films, such as Johnny Depp’s MORTDECAI, CHILD 44, REGRESSION (directed by Oscar Winner Alejandro Amenabar) and 47 METERS DOWN, just to name a few.

During my experience in Adler I led my team to achieve by far some of the best international results, even with very difficult movies such as MORTDECAI.

Everything has been amazing so far, the group is great, as well as the speakers, and it is really helping me in building a strong network.

You have worked on the releases of many international independent and commercial titles: how do you change an international and usually quite generic campaign into a campaign geared to an Italian audience? What kind of films work particularly well in Italy?

This is not a “one size fits all” business. Marketing-wise the goal is to find a smart way to meet the taste of Italian audiences that are slightly different, compared to the US. For example, we use to cut, if possible, different trailers and TV spots, to get more emphasis on the cast and to some kind of elements that could lead the audience to a defined pattern (for example thriller, comedy…).

Concerning the types of film that works better in Italy, local contents (comedy, essentially) are still performing good, but in any case eight out of ten of the biggest Box Office results are major US franchises.

How has film marketing changed in the last few years and where do you think it is going in the next 5-10 years?

Marketing, as well as the whole industry is rapidly changing. Tracking and testing are becoming more and more important.

We usually spend around 40% of advertising budget in digital and social media. Trailering and TV spots are still crucial for a good theatrical performance, at least in Italy, but digital is getting more and more important and this budget allocation is not comparable to the one it used to be a few years ago. Our projection is to raise the level of investment in digital and social to around 65% in two years and up to 85% for certain titles.

In the next 5-10 years the competitive scenario will probably be completely different: windows shrinking, SVOD platform and day and date releases will probably set new standards for release and, generally speaking, exploitation. This would lead to a different approach: the campaign will become even more digital, probably less expensive (for smaller release) and even more focused on reaching the audience in the most precise way.

We have a movie opening this week, BROTHERS OF THE WIND, a wonderful family movie (Michael Frenschkowski, one of this year’s participants, is EP on the film). In the upcoming months we’ll release THE MERCY, the new film by James Marsh, THE CIRCLE starring Tom Hanks and Emma Watson and HAPPY FAMILY, a 15M budget animation.