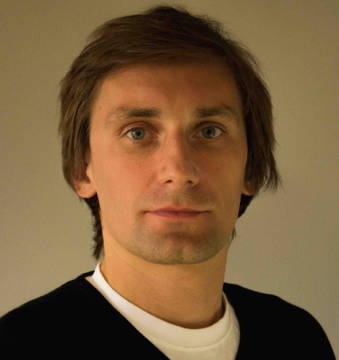 Petr Bílek graduated from Media and Mass Communication Studies at the Faculty of Social Science, Charles University in Prague, Czech Republic. Before starting his career as a producer, he worked as an editor in a local edition of international movie magazine Premiere. He founded Prague based production company FilmBrigade in 2006, where he produced a number of commercials, drama TV series and feature films.

His successful projects include series like the Czech adaptation of the well-known British series Cold Feet, an adaptation of award-winning sitcom Everybody Loves Raymond, which was produced in cooperation with Sony Pictures or original crime miniseries The Lens, which has been picked up by Channel 4 and is listed in their Walter Presents selection of the finest European TV drama. In October 2015 FilmBrigade debuted in cinemas with mystery crime comedy WILSON CITY, supported by Eurimages and shot in a coproduction between Czech and Slovak Republic.

Petr was also a co-owner of the company Bionaut Films from 2008 to 2013, during which time a number of acclaimed artistic films were produced. The family story WHO’S AFRAID OF THE WOLF represented the Czech Republic in the children’s competition section of the Berlinale film festival, and thriller WALKING TOO FAST won a prize for the best film of 2010 at Czech National Film Awards.

I probably heard about it three years ago when one of my friends and a fellow producer started acting weirdly. Suddenly he was busy, stopped replying to e-mails, and it became harder to reach him over the phone. Well, it turned out that he took this workshop Inside Pictures, something I’d never heard of before. When he came back to normal and was able to speak about what he was up to, I started to envy him. Later on, he connected me with the organisers and I tried my luck too.

I turned 40 recently, had a midlife crisis (I took a test in a magazine, which proved it) and was thinking about starting up something new. Buying a motorbike or getting a new wife was out of the question, so I applied for Inside Pictures instead. And I got lucky! So far it is now tough to reach me, I have stopped replying to e-mails, and my wife thinks I am having an affair in London.

2. You’ve been involved in several adaptations of existing series, including a Czech adaption of COLD FEET and an adaption of EVERYBODY LOVES RAYMOND. What are the unique challenges that arise when adapting an original IP to a local audience?

Scripted format adaptation is an excellent shortcut to a broadcaster because you can deliver a program quite fast. Developing original series takes 2 to 3 years, buying and greenlighting a scripted format can be done in 4 months. But there are two main mistakes one would want to be aware of; the “Copy and paste” approach and the “let’s be creative” fever. Developing new or adapting existing series is a very similar creative process. It is very easy to get lost. Eradicate the original show or just translating the script verbatim are both ways to hell. We always talk a lot about characters, trying to figure out what we like about them and how they can be teleported from Manchester or LA to Prague without looking like Martians in our territory. When we feel that we have cracked it and we all see brand-new characters instead of original actors while reading a script, we start to play with the plot. We talk to the original showrunners and ask a lot about their mistakes; what would they do better now? Which steps were made because of misbehaving actors? Which other external influences were involved in shaping the original format? So, our goal is to build a new bridge which uses the same engineering know-how behind the statics, but was designed by a local architect. And last but not least, always make sure, that your writers speak the language of the original show they are working on. Makes things much easier.

3. As part of Inside Pictures, we match each of you with a mentor from our extensive Alumni network. You’ve already had your first introduction to your mentor; what are you hoping to get out of the relationship?

This is the best part of the whole Inside Pictures ride for me. I got this guy Diarmid Scrimshaw who has produced the most brutal film I have ever seen. And I’m talking about decapitating dogs, abused children, raped women, rainy weather, and characters who all look like Wayne Rooney’s father. It is in English, but I didn’t understand a single word out of three being said in the movie. Having seen this robust, uncompromising and brilliant movie, TYRANNOSAUR, I didn’t know who to expect. And then Diarmid showed up! He’s an excellent guy who has already been helpful in advising on our upcoming project, has introduced me to some people from his professional network and who is more than open to joining me for beer drinking sessions in Prague before Britain leaves the EU.

Besides this interview, we are shooting the 3rd season of a very successful TV crime series, The Last Cop, for a leading local commercial broadcaster, with whom we have just signed a deal for our upcoming dramedy series House Husbands to be delivered next year. We are just about to sign an agreement with a local public broadcaster for a crime miniseries, The North, which would hopefully follow a fruitful co-operation with Czech TV and will get an international release as with our previous miniseries, The Lens, which was picked up by Walter Presents streaming platform.

In April, we are also starting a production of our first web-series, The Match, for a leading regional platform and later next year we should be finalising pre-production of a feature thriller, THE BROTHERS, about one of the greatest stories of the Cold War. In October 1953, five friends who constitute a small resistance group decided to leave communist Czechoslovakia and get to West Berlin to join US army and start a 3rd World War. All of them together cross the guarded border; however, they are soon detected in the East German territory. Unknowingly, they initiate the largest armed manhunt since WWII. Twenty thousand German Police and Soviet Army members are mobilized, all because of five teenage guys.

I always get more than I expect with each module, it has become a standard with Inside Pictures. But what surprised me most was the value of wine at our hotel. Twelve pounds for a glass of a boxed wine made me start thinking of getting into the wine business. I will probably apply for a wine trading workshop next year!