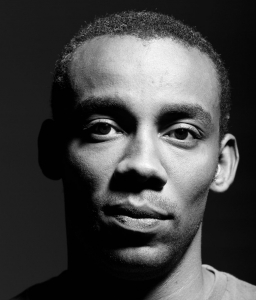 Tendeka Matatu is widely recognised one of Africa’s most prolific film producers and a champion of African cinema. Driven by a desire to bring African and African diaspora cinema to the world, he founded Ten10 Films, an award winning production and distribution company based in London.

I know a few of the alumni, and IP came highly recommended. I want to position Ten10 Films as the “go-to” company for producers and filmmakers who are championing diversity in their content and also for buyers who cater for a growing multicultural audience.  In order to achieve this, I felt I needed to develop my skills, further – enhance my understanding of the global film finance, sales and distribution business, and grow my network of contacts.

Your company Ten10 sells and distributes African cinema, which is hard to find outside of festivals. Where do we go to see your films?

Good question, this is one of the challenges African cinema faces, however over the last 24 months we have seen a big increase in demand. Netflix has become a major buyer of African cinema, as is Canal+. In addition to this I sell a lot of content to niche platforms likes Afrostream.com, FilmDoo.com, Trace TV and The Africa Channel. Last year we worked with Ava Du Vernay’s company, ARRAY, to bring a wonderful South African film, AYANDA, into US cinemas.

What are you working on at the moment? Please tell us a little more about the films and the talent you are featuring.

My most exciting project is 10-part TV series in development with Canal + Overseas, called THE TRADE. It’s a crime drama based on the West African drug trade. The story is set in Lagos, Paris and Guinea Bissau. My ambition is to create an African TV series that can stand alongside the best series in Europe or the US.