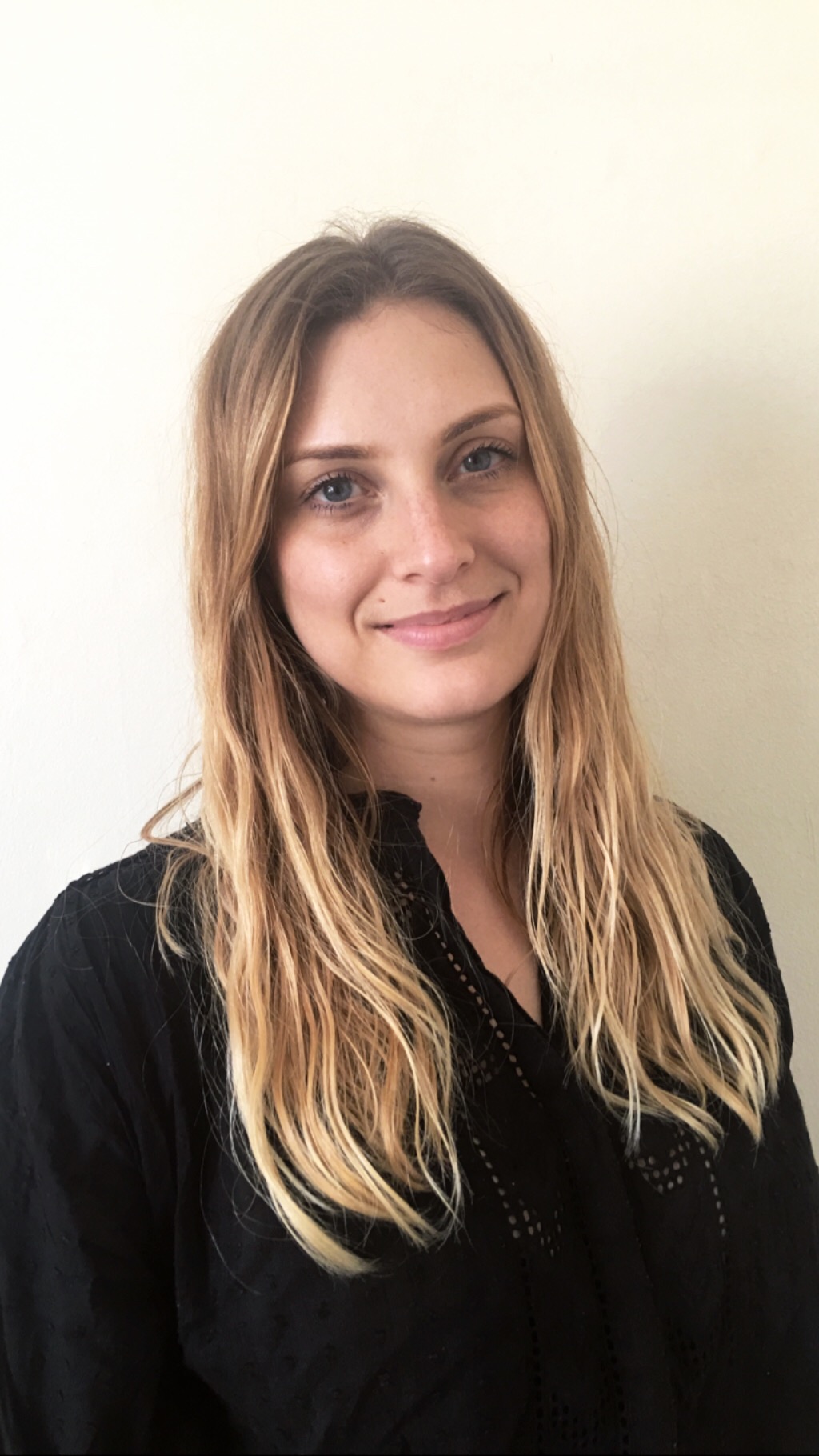 Tessa is the Vice President Creative at the Cinestaan Film Company and C International sales, overseeing both the international and Hindi slates.  Most recently, Cinestaan produced THE HUNGRY, which premiered at TIFF ’17 and executive produced the multi BAFTA and OSCAR nominated COLD WAR from Oscar winner Pawel Pawelkowski.

Tessa also worked as an independent producer, having delivered work for BFI, Film 4, Vertigo Films, Channel 4 and Creative England.  She is a graduate of the Script Development diploma at the National Film and Television School, UK.

Many friends had participated historically and were evangelical about the programme. I’d known of the programme for years but was aware that the timing needed to be right in order to get the best out of it. I was at something of a career crossroads and felt it was the ideal time to use the programme to help me discover what the hell to do next.

I had predicted it would be the LA module, but actually module three which looks at personality testing; negotiating, conflict management, pitching turned out to be have the greatest impact. Taking the step away from the current landscape for film (which disrupts and changes so rapidly) and focusing on your own strengths, weaknesses and ambitions is not something we often give ourselves space to do.

What could you say to encourage other film professionals from the UK to participate in Inside Pictures?

Ensure you apply at the right time. Inside Pictures will force you to evaluate your place within the industry – mostly in a good way 😉

What did working as a Development Producer at Film London teach you about spotting/nurturing new film talent? And how has that experience influenced you as a producer developing your own projects?

Working with new and emerging talent at Film London was the best way to understand that talent is inherent and cannot be faked or taught. We can all learn, grow, develop our voice to be stronger, but without that visionary, singular voice deep down, content won’t connect. It’s exciting to find those voices. However, it does take a lot of nurturing, and likely a longer development process, so I’ve taken that eye for spotting talent, and hopefully patience into producing. We have to trust our talent and as soon as we stop trusting, or start questioning their vision, then that relationship will fall apart. Trust, patience, looking for that rough little diamond. I have no creative voice, so I have to find and exploit those that do.

From your experiences developing international training schemes for talent in Croatia, Georgia, Holland, Sweden and Vietnam, what are the constants you no matter the country, in terms of similar challenges faced and what are some of the unique differences you noticed through this work? For example, what might UK producers learn from the Vietnamese film talent that might be of benefit to them and vice versa?

I’m not sure there is a huge difference, we’re all fighting against an abundance of content; threats to theatrical opportunities; competition for public funding.  We should all be trying to tell universal stories in a culturally specific way, because these are the ones that travel best. The fine line between being over explanatory vs letting the emotional story take centre stage is probably the biggest challenge for us all. Audiences will travel with your story if they understand and empathise with the characters wants. But I’ve also seen talent tell stories that will only be interpreted by a local market because there is such nuance to the politics and history of the country, and that will minimise the global potential.

Thinking about COLD WAR, which was a critically acclaimed film from the outset… Fascinated to get an insight into how does the conversation change around the film once Oscar nominations like Best Picture in a Foreign Language start hitting the trades – both internally as the people involved with making it and externally how people then begin to perceive the film.

Well as a newer film studio, it changed conversations massively for us. Being a part of the COLD WAR financing, and it being our first ‘non-Indian’ film, one that happened to be Oscar nominated three times, has changed the perception of the kinds of films we were open to supporting.

How has what you learnt from taking the Script Development Diploma at NFTS influenced how you approach the development of screenplays and how do you ensure you keep enough of a creative distances with the writers and/or writer/directors you’ve worked with to date?

Everybody has an instinctive response to storytelling, we all recognise when we get bored, or something doesn’t ‘feel’ right, or have an opinion on character.  I think it was Walt Disney who used to tell his stories to children and when their eyes glazed over, he realised there was a story issue. The script development diploma just gave me the language and tools to understand why something may not be connecting, but also to be as objective as possible. It showed me how to deliver these comments to a writer without them falling apart, or giving up, or punching me. Most important for me is to ensure I’m finding out how they can tell their story in the best way, not the story I, or others may want it to be.

I’m not sure I’ve quite learned how to keep a creative distance. I see myself as the filmmaker’s collaborator, if there is a problem with the script, it’s my problem too and we fix it together.

What do you remember about the main story challenges adapting Shakespeare’s Titus Andronicus to contemporary New Delhi and how were they overcome?

I’ve never read the play. I did this so I wasn’t influenced by it and kept a distance to ensure that the screenplay would make sense without a prior understanding of the source material. I was fortunate to work with an incredible writing team, who I continue to work with today. They self-interrogated every decision they made before it even came in for feedback. It was my first film in India, and I think I’d actually approach it differently now (or at least with a greater understanding of the country and its politics). But with any adaptation, it’s about maintaining the essence of the original, without adhering only to the source texts’ plot points.

Heading into the third decade of the 21st century, with increasingly more ways to watch film and TV, what role can independent producers have in helping the consumer navigate the fragmented/fragmenting media landscape and endless choice to make their film and TV projects a success?

I think this entirely depends on what a producer considers a success. Realistically, producers are only guaranteed to make money from a producer’s fee when a film or series is in production. So the act of producing content alone is already a success. Especially when so many projects get stuck in development.

My instinct is to avoid the trends and look for gaps in the market. If romcoms are thriving right now, it means that audiences will quickly become fatigued by the time yours is delivered in two years’ time. There are enduring genres like horror, but the ones that break out tend to have a very specific USP which ignites a conversation and delivers a fresh perspective to a genre. I’d much rather be the ground breaker who kicks off the trend, than the producer bringing up the rear with the ‘nail in the coffin’ film. ‘Same but different’ feels like the best starting point. I also wonder if an audience are more open to an imperfect film that provokes, than a perfect film which says something we’ve heard before?

Unless you win an award at one of the top five festivals, I don’t believe it will make a huge impact on your sales. It’s great for visibility, for travel, to experience an audience reaction first hand. But there are so many films at A-list festivals that don’t get any kind of sales or distribution that I’m not sure that it will make a massive difference long term. It’s fun though.

Which of your film or TV projects are you most excited about right now?

Our latest film BOMBAY ROSE opened Venice Critics Week, played at TIFF, LFF, won at MAMI, Chicago – has done 40+ festivals in the past six months and is still working its way around the globe. Its been an absolute trip and I cannot wait for it to be made available to wider audiences. It’s a film I’m incredibly proud of because it’s one of the first arthouse, hand-painted 2D animation out of India, and it portrays the country in the way I see it, having lived there part time for the past four years. Its non-judgemental and explores what it means to live and love as an immigrant. It’s exquisitely and painstakingly animated/directed by Gitanjali Rao, and a team of young Indian animators, and I still cry every time I watch it.

Thinking about the last ten years as we approach 2020, what film from the last decade did you go and see and think, damn, I wish I produced that?

SHOPLIFTERS. There is one line in that film which still moves me over a year later. The complexities of its characters; that it doesn’t rely on flashy storytelling or directorial conceits and is a completely consuming and unexpected narrative. I don’t think there are many filmmakers who deliver human fallibility with such love and warmth.

If you were in charge of Britain’s national film policy, what would you advise the government to do to ensure more people across the globe saw British movies…

Continue to make good films? But that’s not even enough to get them seen!

To divert slightly from that question, I believe the most important thing that the UK public funders should do is to look at the support for second time directors who may not slay it with their debut. A first feature is a challenge at each stage and they are designed to make a director fail. There are plenty of amazing directors who didn’t make a splash with their first film, but it doesn’t mean that they aren’t great talents. There seems to be such a huge investment into debuts, but second features are overlooked. Sometimes the funders seem to be magpies looking for the hot new talent rather than building on their previous investments. Aren’t filmmakers allowed to fail sometimes?