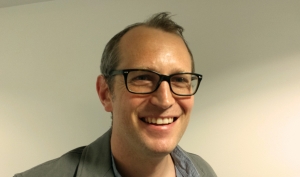 Andrew Orr is the Managing Director at Independent, a London based Production and Sales Company. Established in 2005, Independent is now one of the longest established sales companies in London with a library of over 71 Films including titles such as London to Brighton, Hallam Foe, Moon, Starred Up, Metro Manila.

Andrew also works closely with Independent Productions, sourcing material and generating new ideas. Andrew is responsible for raising and closing financing on all Independent productions including We Need To Talk About Kevin, Mr Nice and The Falling. Andrew has also Exec Produced 3rd  party  acquisitions, including What We Did On Our  Holiday. In 2015, Andrew produced Level Up, a feature based on his original idea. The film was sold to Universal and will be released in 2016.

Independent is  one  of  the  foremost  sales  companies  for theatrical documentaries and has sold Oscar nominated Exit Through The Shop and Ai Wei Wei: Never Sorry. In 2016 Independent will represent Jim Jarmusch’s  Gimme  Danger  which has been invited to official selection at the Cannes Film Festival; I Am Bolt about Olympic champion Usain Bolt and Supersonic about Oasis.

Andrew formerly handled Acquisitions and Business Affairs for The Works International and was involved in the Acquisitions and Sales of over 40 titles including 24 Hour Party People, Sweet Sixteen, Bend it Like Beckham, Whale Rider, In this World and My Summer of Love.

You were a participant on Inside Pictures almost 10 years ago and have come back as a speaker a few times including this year. How has the programme changed?

The expansion of the programme to include more participants from Europe has broadened the scope of the course to be more European facing in terms of the speakers but also from the different experiences each of the participants can share.

Your company is very established and has expanded and diversified over the years surviving the challenges of the financial crash of 2008. How did that crisis affect the development of your company?

We were still establishing the company in 2008 so we found it difficult.  We wanted to establish ourselves as a company with a reputation for quality cinema and avoid the volume business. Unfortunately, the numbers started dropping and it made it very difficult but we will to grow the business by keeping the focus on quality but expanding across lots of different genres and we also started producing our own films.

What are the main challenges your business is facing today?

As a UK based company, what impact in your view will the UK leaving the EU have on your business and the UK industry in general?

Short term, the pound has weakened which means that UK Films, which were historically expensive have become more reasonable but I don’t think that will last. Long term, we need to be able to trade freely with Europe and the “European” status of British Films will become crucial when it comes to selling to European distributors and broadcasters.  For art house films, European subsidy is crucial.

Another impact will be our inability to lobby Europe on matters such as the Digital Single Market laws which have potentially devastating effects for the British and European independent Film industries.