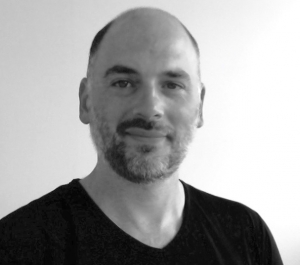 Born in London, England, to a filmmaking family, Matthew Baker worked briefly in casting before joining Jeremy Thomas’s production company, Recorded Picture Company in August, 2000. He worked in development for RPC until 2004, when he officially moved over to HanWay Films, RPC’s sister sales company, to handle acquisitions.

You have spent almost your entire career at RPC and then at Hanway. How much if at all do you get involved in the production process of projects made by RPC? Do you and your colleagues tend to work across both companies or are they run quite separately apart from the areas where you have a crossover as the sales company representing RPC projects?

In the summer of 2000, I started out working in development for RPC, Jeremy Thomas’s production company. Jeremy had started HanWay a couple of years before that and unbeknownst to us all, HanWay’s one assistant had been receiving script submissions and filing them all under her desk. Eventually a producer complained about our lack of response and so I suddenly found myself doing acquisitions.

Many years later and the job is still essentially the same, I’m panning for gold, but the how and when of us getting involved has changed considerably. We’re coming on-board projects earlier, and often playing a more comprehensive role in the financing and production of those projects. 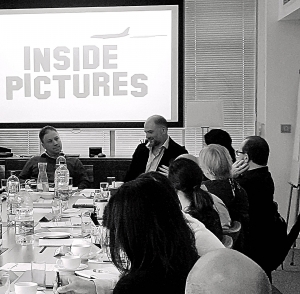 We’re certainly a better sales company of other people’s films because we make our own. There are practical areas where we can be helpful, like when it comes to financing or doing a co-production. But maybe, more importantly, there’s a mutual respect we have with our producers that comes from this shared understanding of production. It’s hard to quantify but it’s been invaluable to us over the years.

What makes Hanway so special that you never considered going elsewhere?

To me, few people have had as impressive a career as Jeremy’s – the directors he’s worked with, the films he’s made – it’s a rare and truly great achievement that spans over four decades.  I think one of the reasons for this longevity are the people he’s built up in his company. I’ve been spoilt rotten for colleagues, ranging from Hercules Bellville, Alexandra Stone and Peter Watson in production, to Tim Haslam, Alex Walton, Claire Taylor and Thorsten Schumacher in sales to the one and only Jonathan Lynch Staunton in marketing! I could go on and on, there are too many to name here, but they’ve all given me an education that rivals even Inside Pictures.

As a company, which in spite of a heavy emphasis on high quality British product, always seemed to have a strong connection to Europe, e.g. you are one of the few British members of Europa International, what worries you more in terms of your future business development, the UK leaving the EU or the Digital Single Market?

The Digital Single Market scares me rigid because of the threat that it represents to the business model that underpins most independent film production.