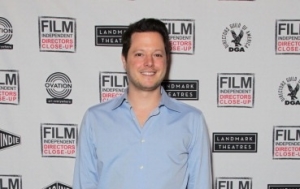 Rich Delia is an acclaimed and successful Casting Director with a range of notable ventures in his resumé, both commercial and artistic. He is also the owner of Rich Delia Casting. Recent film credits include the enormously successful feature film version of Stephen King’s IT; Dallas Buyers Club, which was nominated for Best Ensemble at the 2014 Screen Actors Guild Awards; and Short Term 12 with Brie Larson and John Gallagher Jr.  Upcoming films include The Disaster Artist with James Franco and Seth Rogen, Game Night with Jason Bateman and Rachel McAdams, Tag with Jeremy Renner and Jon Hamm and the AMC series “Dietland” by Marti Noxon.

Rich’s varied and lauded series of credits also include August: Osage County with Meryl Streep and Julia Roberts, Prisoners with Hugh Jackman and Jake Gyllenhaal, To The Bone with Lily Collins and Keanu Reeves, Don’t Breathe with Dylan Minette and Jane Levy, and The Help with Viola Davis and Octavia Spencer.  Rich is a proud member of the Casting Society of America.

1. You met our 2017 cohort during Module 2 of Inside Pictures in LA. What had you already known about the Programme?

I had done the Casting Director seminar for Inside Pictures for several years so I was familiar with the group and what a great chance it can be to meet industry executives from across Europe.

2. How closely does the Casting Director work alongside the main creative team? At what point does your involvement usually finish?

The Casting Director is typically one of the first key hires and usually works very closely with the director, producers and creative team.  Each film varies, but we are typically involved formally or informally until the last role is cast.

3. You were the Casting Director for the immensely successful IT. Do you feel there is more creative flexibility when casting younger or unknown actors?

There can be more flexibility with younger actors as they are less “known” ones so you don’t feel a requirement to cast well-known talent, which can sometimes be a consideration with older actors.  It is quite liberating as we are able to focus on who we feel is the best person to bring a given character’s story to life.  Younger actors are also at wildly different levels in their training and/or professional experience. [I]t can be very exciting to find someone who has no experience, but has a spark or a certain quality that makes them right for a role, and then coax the performance out of them through the casting process by creating a relaxing environment where they feel free to play.  It is one of my favorite parts of the job.

I think it is because when the Academy Awards were created casting was dictated by the studio heads and most actors of note were contract players who were doing the pictures they were told to do, to fulfill the terms of their contract.  As the business changed and the old star system crumbled, actors [became] free agents and casting directors came on board to help conceptualize and create the cast.   I think the industry is catching up to recognize the importance of casting directors in the collaboration of putting a film together.

5. Excluding your own work – what are your favourite roles where the casting has pleasantly surprised you?

I love when an actor is given a chance to show a color we have not seen before and am always excited by the element of surprise.  Some instances that pop into my mind are Charlize Theron in Monster, Ewan McGregor in Moulin Rouge, Sharon Stone in Basic Instinct or Daniel Day Lewis & Michelle Pfeiffer in The Age of Innocence.

6. You recently cast a number of successful horror films (IT, ANNABELLE: CREATION, DON’T BREATHE, LIGHTS OUT), do you particularly enjoy casting for this genre?

I enjoy casting in all genres and try to mix up the slate of films I do, as I tend to soak up the energy of a given project.  I usually like to follow a horror film with a comedy or a character driven drama or even a musical which I recently cast and found myself leaving the office every day, singing.