As the Los Angeles module quickly approaches for our class of 2016, we are delighted to bring you the latest instalment of alumni news. With Venice Film Festival coming to a close and TIFF having kicked off, we have plenty of exciting new releases and festival announcements to talk about. 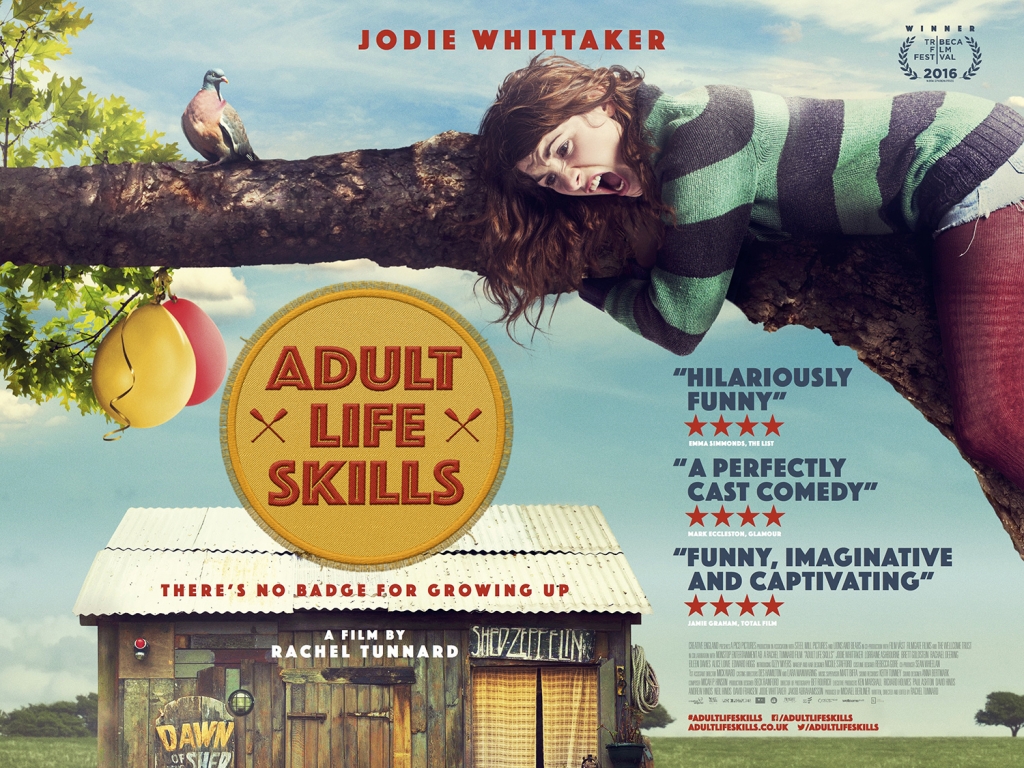 – Ken Marshall (Class of 2008, UK) is lead Executive Producer on ADULT LIFE SKILLS, the debut film by writer/director Rachel Tunnard, starring Jodie Whittaker, which won the Nora Ephron prize at this Tribeca Film Festival 2016. The film is an excellent example of Inside Pictures Cross-Alumni collaboration, as Sean Wheelan (Class of 2013, UK) Co-Produced through Filmgate Films, Executive Producer Jakob Abrahamsson (Class of 2013, Sweden) pre-bought Scandinavia for Non-Stop Entertainment, Dave Shear (Class of 2008, UK) is handling UK distribution via Lorton Entertainment, Andrew Orr (Class of 2007, UK) is representing international sales for Independent Film Company, and Camille McCurry (Class of 2013, UK) represents the writer/director Rachel Tunnard. The film is at the tail end of its UK theatrical release, but can be seen now on various VOD platforms. Read more.

– Helena Danielsson (Class of 2014, Sweden) is a producer on Brady Corbet’s much-lauded THE CHILDHOOD OF A LEADER. Despite the sad situation in which original distributor, Metrodome Pictures, went into Administration, Soda Pictures swung into action – taking over and working with exhibitors to ensure the film received the release that it so greatly deserves. The film is Brady Corbet’s directorial debut and a double prize-winner from Venice 2015.  Metrodome launched it in the UK at Edinburgh Film Festival in June, and it has since been showered with praise from both critics and audiences alike. Read more.

– Congratulations are due to Siniša Juricic (Class of 2015, Croatia) whose company Nukleus Film have won the first ever Eurimages Lab Project Award for the film PERSEVERANCE (Vztrajanje, dir. Miha Knific). Read more.

– Daniel Campos Pavoncelli (Class of 2015, Italy) will exec produce an Italian version of the hit German comedy, LOOK WHO’S BACK. The original film, based on the novel written by Timur Vermes, offered a hilarious vision of Hitler returning to the present day and became the country’s second-highest-grossing home-grown hit. The Italian version will reimagine Benito Mussolini’s return in present-day Italy. Read more.

– Arvind Ethan David (Class of 2008, UK) is exec-producing a new adaptation of Douglas Adam’s DIRK GENTLY’S HOLISTIC DETECTIVE AGENCY. Arvind’s company Ideate Media is co-producing with AMC Studios,  IDW Entertainment and Circle of Confusion.  The series, which stars Samuel Barnett as the title character, along with Elijah Wood and Hannah Marks, is set to launch in the US in October on BBC America and globally on Netflix in December. Read more. – At last week’s Venice Film Festival, Fabien Westerhoff’s (Class of 2012, France) Film Constellation launched documentary, DAVID LYNCH: THE ART LIFE. Fabien noted that the film “infuses Lynch’s own art, music and early films, shining a light into the dark corners of his unique world, giving audiences a unique access and better understanding of the man and the artist.” Read more.

– THE JOURNEY directed by Nick Hamm, starring Tim Spall, Colm Meaney, Toby Stephens, Freddie Highmore and John Hurt had its world premiere out of competition at Venice. The film was produced by Piers Tempest (Class of 2007, UK) and has its North American Premiere at the Toronto International Film Festival as a special presentation.  Read more.

– Also in Toronto, Josephine Rose (Class of 2012, UK) exec-produced Noel Clark’s latest film, BROTHERHOOD, which is showing as part of the Special Presentation strand. It has been released in the UK by Lionsgate and is in cinemas now. Read more.

– Indiana Production will be announcing sales made on THE LEISURE SEEKER (Dir Paolo Virzi) in Toronto. The film is Exec-Produced by Daniel Campos Pavoncelli (Class of 2015, Italy) and sold by BAC. Read more.

– Siniša Juricic (Class of 2015, Croatia) is a producer on THE DAY MY FATHER BECAME A BUSH, which is being screened in the TIFF’s Kids section.  Adapted from the novel by award-winning author Joke van Leeuwen, the film tells a story of war as seen through the eyes of a 10-year-old girl. Read more.

– HANDSOME DEVIL (Dir: John Butler), produced by Rebecca O’Flanagan (Class of 2010, Ireland) received its world premiere at TIFF on Sunday.  The film has been selected for the next generation of film lovers by the TIFF Next Wave Committee.Read more.

– Peter De Maegd (Class of 2013, Belgium) is a Co-Producer on Terrence Davies’ biopic of legendary poet Emily Dickinson, A QUIET PASSION, which had its North American Premiere in Toronto. Read more.

– The feature debut of Hope Dickson Leach, THE LEVELLING, produced by Rachel Robey (Class of 2008, UK) and Exec-Produced by Christopher Granier-Deferre (Class of 2010, UK/France) for iFeatures, received its world premiere at TIFF on Friday. The film has been sold by Mongrel International and picked up by Peccadillo Pictures for distribution in the UK. It will also screen in competition for The Sutherland Award later in the year at the BFI London Film Festival. Read more.

– Christopher Granier-Deferre is also Exec Producer on LADY MACBETH, which similarly had its world premiere on Friday. The film, an adaptation of Nikolai Leskov’s 1865 Russian novella Lady Macbeth of Mtsensk, is the debut feature of theatre director William Oldroyd and will further screen in competition at San Sebastian Film Festival and LFF. Read more.

– Several of our 2016 participants are also presenting work at TIFF and will be arriving in L.A. for Module 2 fresh from these successes. These include:

– Looking ahead, LAKE BODOM (Dir: Taneli Mustonen), produced by Aleksi Hyvärinen (Class of 2015, Finland) and sold internationally by Fabien Westerhoff’s Film Constellation, will have its International Premiere at Sitges International Fantastic Film Festival, followed by its UK Premiere at the BFI London Film Festival in October. The film is a true Inside Pictures Alumni collaboration, with Joris van Wijk (Class of 2015, Netherlands) helping secure the deal between Aleksi Hyvärinen’s company Don Films and Film Constellation. The film is also co-written by Aleksi and has just opened in Finland to rave reviews and box office success. Michael Blyth, programmer for the LFF, has called the film, “An ambidextrous, genre-bending thriller of considerable skill and diabolical invention”. Read more. 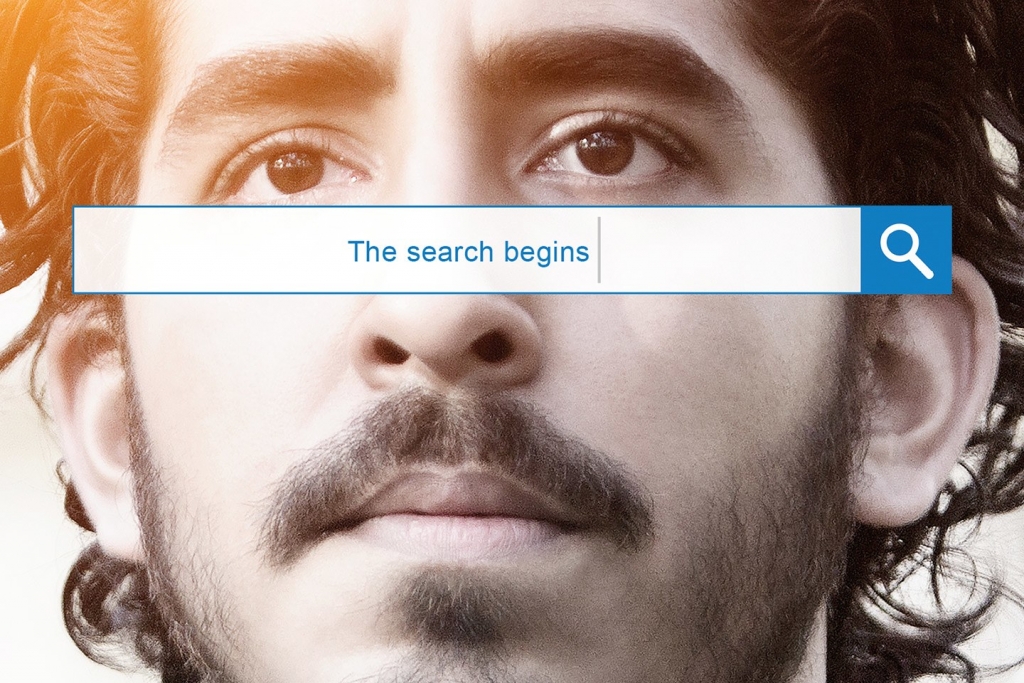 – Simon Gillis (Class of 2014, UK) will be moving from Universal to join See-Saw Films as their new Head of Commercial Affairs for Film. Read more.