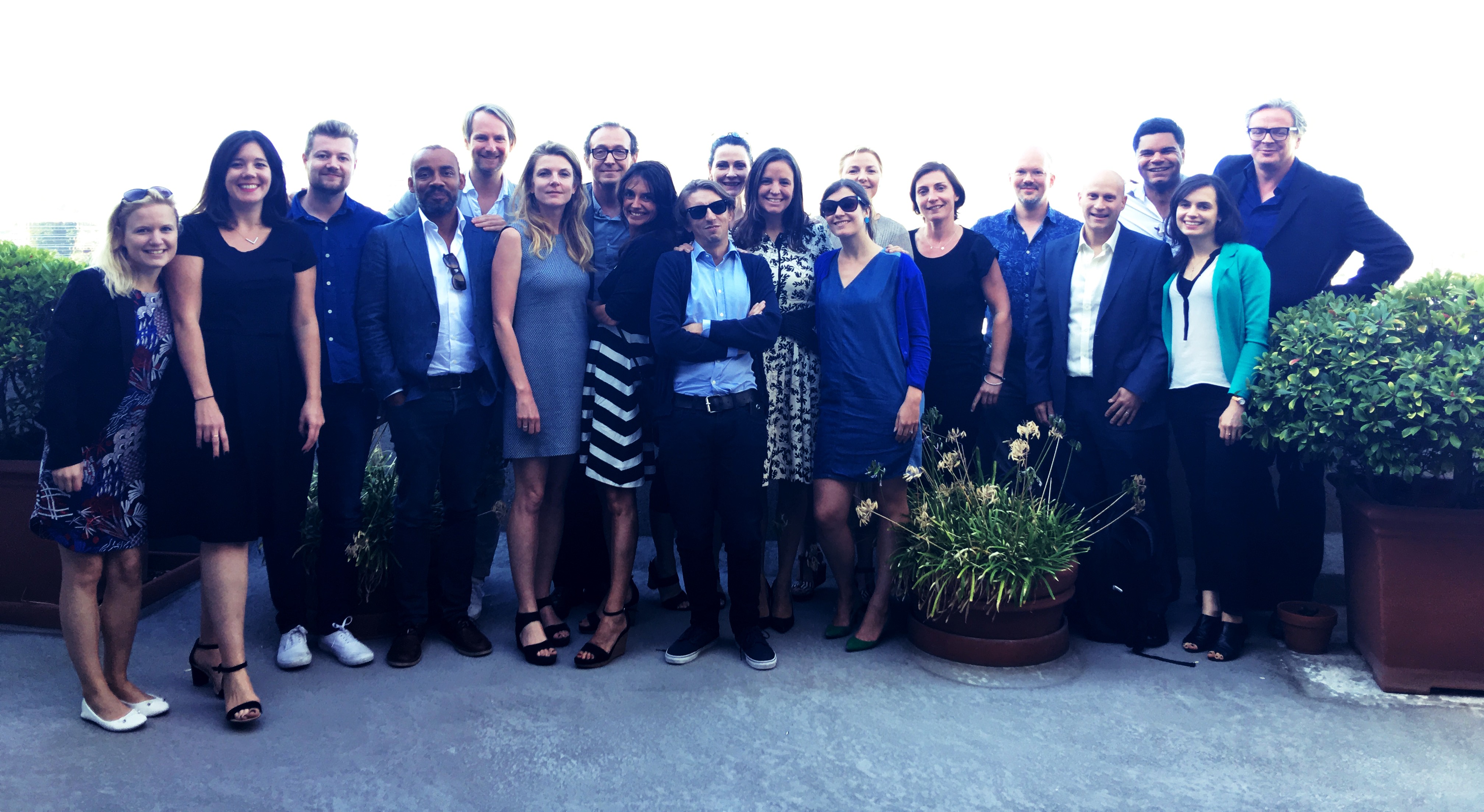 Inside Pictures 2016 Participants in Los Angeles

Hot on the heels of successes at the Toronto International Film Festival, 20 international producers and executives on the Inside Pictures training programme headed to Hollywood for Module 2 of this year’s programme.

The module, which wrapped on September 23rd, gave participants the opportunity to learn from, exchange ideas and do business with LA based execs working on international product, including some of the industry’s highest-level professionals.

Anne Thompson, Editor at Indiewire, kicked of proceedings in her keynote presentation on the workings of Hollywood and the significance of the Toronto International Film Festival for the North American Film Industry.

Marc Gareton, Executive Vice President, International, Digital Distribution at Warner Bros, lead a session on Warner Bros revitalising investment and involvement in Local Language Productions. A responsibility, which was added to his portfolio last year. Marc has defined Warners’ business strategy for many years having joined the studio in 1995.

Dan Fisher, in charge of acquisitions at Gravitas Ventures, enlightened this year’s cohort with his views on the ebb and flow of the current domestic distribution landscape and the challenges lying ahead for a sector of the industry, which has been in flux for a few years.

Ryan Wickers, Director of Development, was a new addition to the independent producer’s panel. He stressed his company’s continued commitment to discovering new European producing and directing talent.

Amy Zvi, Manager and Producer at Thruline represents some of the hottest acting talent in the US including Sarah Silverman, Georgia King and Nikki Reed. She was joined by Alex Goldstone, Anonymous Content, Jennifer Levine, Untitled Entertainment, Joannie Burstein, The Burstein Company, Trevor Engleson, Underground Films and Amotz Zakai, Echo Lake Productions, who chaired the panel.

Meanwhile several Participants and alumni found acclaim for their new films at TIFF and Venice:

Amy Jackson and See-Saw Films presented the world premiere of Garth Davis’ LION, starring Dev Patel, Rooney Mara and Nicole Kidman, which will also screen at the LFF in October. Hollywood Reporter calls is a “a classy crowdpleaser” and “as enthralling as it is emotional” with  a “tremendously moving performance” by Dev Patel.

LAYLA M directed by Mijke de Jong and written by Jan Eilander, both clients of Vanessa Henneman at Henneman Agency, had its world premiere at TIFF and has been garnering praise across the board.

Several alumni are responsible for further good news on the festival and acquisitions front:

Alumni Sean Wheelan’s Filmgate is credited on THEIR FINEST, hailed as a “surprise hit” at TIFF by Hollywood Reporter and rumoured as potential “unexpected Oscar entry” by Entertainment Weekly.

Rachel Robey produced THE LEVELLING, the film and its director created significant buzz, receiving praise from Screen International “The sensitivity of the performances, the attention to detail and economical storytelling all help to mark out Hope Dickson Leach as a talent to watch”. The film was executive produced by another IP alumni Christopher Granier-Deferre as part of Creative England iFeatures scheme, also responsible for the equally acclaimed TIFF world premiere LADY MACBETH. Both films are due to screen at LFF this month.

Fabien Westerhoff launched sales of Venice world premiere DAVID LYNCH: THE ART LIFE. Variety lauded the film admiringly as “Art and life inseparably imitate each other in this engagingly discursive portrait of the cult filmmaker in fine-arts mode.”

In addition – on the television front, 2016 participant John Giwa-Amu’s THE MACHINE TV pilot was acquired by SYFY.

Other Inside Pictures participants with work featured in recent festivals include:

TRESPASS AGAINST US, starring Michael Fassbender, held it’s world premiere at TIFF – the film was financed by Headgear Films, where Tom Harberd is Head of Finance.

Michael Frenschkowski line-produced THE IVORY GAME, a NETFLIX documentary executive produced by Leonardo di Caprio, which premiered at Telluride before screening at TIFF.