From LDN to LA: Inside Pictures Module 2 Begins

From LDN to LA: Inside Pictures Module 2 Begins 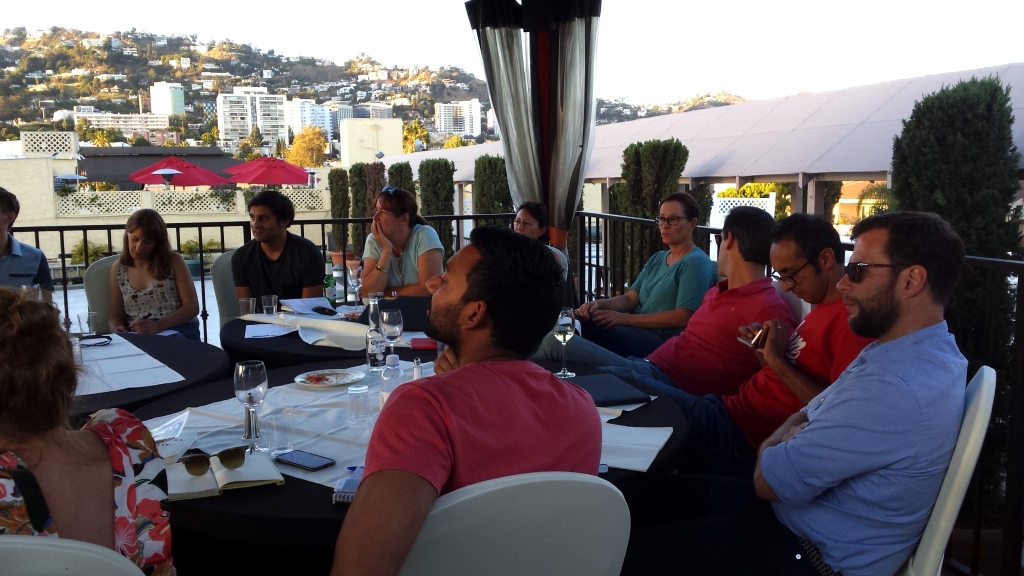 Our Participants spent their Sunday evening perfecting their project pitches

Inside Pictures Module 2 is off to a flying start in the Los Angeles sun. Our 20 Participants from 9 European territories are meeting with and learning from some of the industry’s highest-level professionals across film, television and digital platforms. The LA module includes in-office sessions at a number of Hollywood studios including Warner Bros, Universal, Fox and Sony, as well as presentations from major independent companies such as Anonymous Content, IM Global, Netflix and STX.

We welcome the return of our regular programme contributors: TriStar Pictures’ President, Hannah Minghella; Anonymous Content CEO, Steve Golin; Casting Director Rich Delia, and are very pleased to have a number of new speakers lined up to meet our group, including:

Ann Johnson, SVP Development, Littlefield Company: Producers of Emmy hit THE HANDMAID’S TALE and FARGO. Ann will lead a session on TV Production in the US.

Sean McKittrick and Ray Mansfield of QC Entertainment: Producers of this years’ runaway success GET OUT from director Jordan Peele. The QC Entertainment team will give an insight into Financing Films In Hollywood.

Dana Archer, President and Partner of DDA PR, will introduce a new session to the LA Module with a breakdown of Festival, Awards, and Personal Publicity.

This years agent panel is hosted by CAA and features a team of agents representing all aspects of the industry from talent to packaging, sales and more.

The Los Angeles module will run throughout the week, providing insights to film finance, international and domestic sales and distribution, acquisitions, co-production, the TV landscape, digital aggregation, distribution and exhibition. Participants will also have the opportunity to give a preliminary presentation of their final projects and receive feedback.

Inside Pictures 2017 continues in November with the third Module in London and concludes in January with the final project presentations.