Module 1 has come to an end in London. Following a week of intensive workshops, the participants have returned to work across Europe, the USA and Canada, yet remain in close contact as they develop their projects with their partners ahead of further pitching and coaching in Los Angeles in September.

With more than 25 sessions over the week, participants heard from speakers working across each stage of the value chain, including development, finance, production, co-production, sales and distribution, television, marketing, legal and business affairs among others.

In Module 2 participants will receive an in depth look at the US film industry, including both studio and independent production, and will meet with senior US talent agents and managers as well as the major streaming services.

We wish to thank all our Module 1 speakers for their generous contributions and continued support. More than just a training program, Inside Pictures is a professional network composed of an alumni community with truly global reach.

Inside Pictures is funded through Creative Skillset and Creative Europe MEDIA sub-programme. 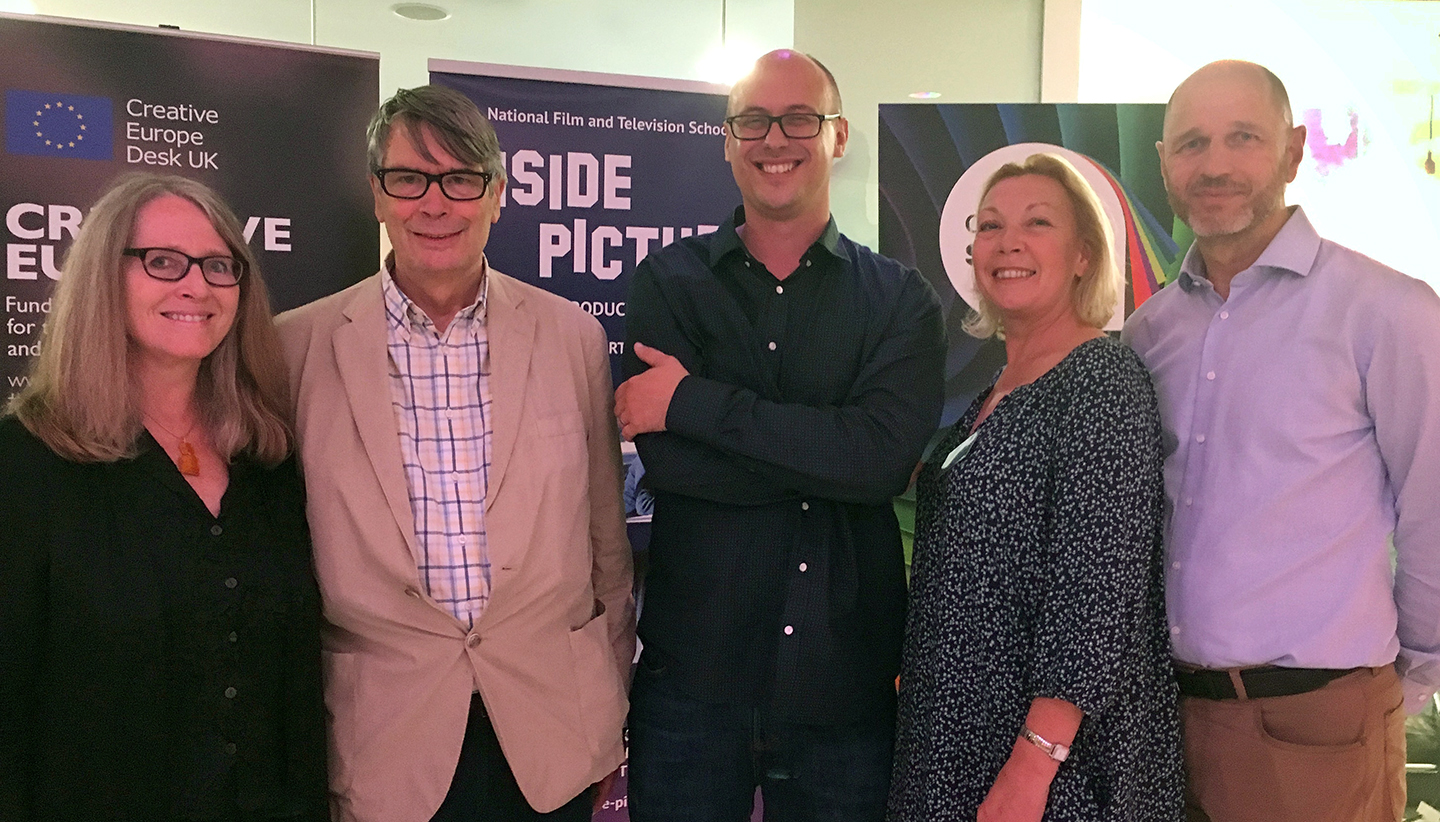 Creative Skillset is the industry-led skills body for all the UK’s screen-based industries – film, television including high-end drama, VFX, animation and games.

It helps identify training needs and skills shortages in every part of the industry from production to distribution and exhibition. It collaborates with partners to tackle them with courses and programmes that are quality-checked for relevance, with the aim of enabling individuals to become the best in their field and businesses to grow.

Gareth Ellis-Unwin, Creative Skillset Head of Film, said: “Creative Skillset is extremely proud to support Inside Pictures with its long track record of backing talented professionals in every aspect of the screen industry to gain an enhanced understanding of the business and develop their leadership skills.

“It is always incredibly rewarding to see what alumni of the scheme – including many I have had the pleasure of working with and for – go on to do in their careers and we wish this year’s participants the very best.”

Creative Europe is the European Commission’s support programme for the cultural, creative and audio-visual sectors.

The MEDIA sub-programme supports the EU film and audiovisual industries financially in the development, distribution and promotion of their work. It helps to launch projects with a European dimension and nurtures new technologies; it enables European films and audiovisual works including feature films, television drama, documentaries and new media to find markets beyond national and European borders; it funds training and film development schemes.

Harald Trettenbrein, Head of Creative Europe MEDIA Unit, attended Module 1 and greeted guests at our networking event hosted by Ingenious Media. He thanked the attending programme speakers and industry guests, and congratulated this year’s participants and assembled alumni on their acceptance to Inside Pictures, a “flagship training programme” and an example of how we can “foster cooperation, foster networks, support the industry and make [European production] competitive” internationally.